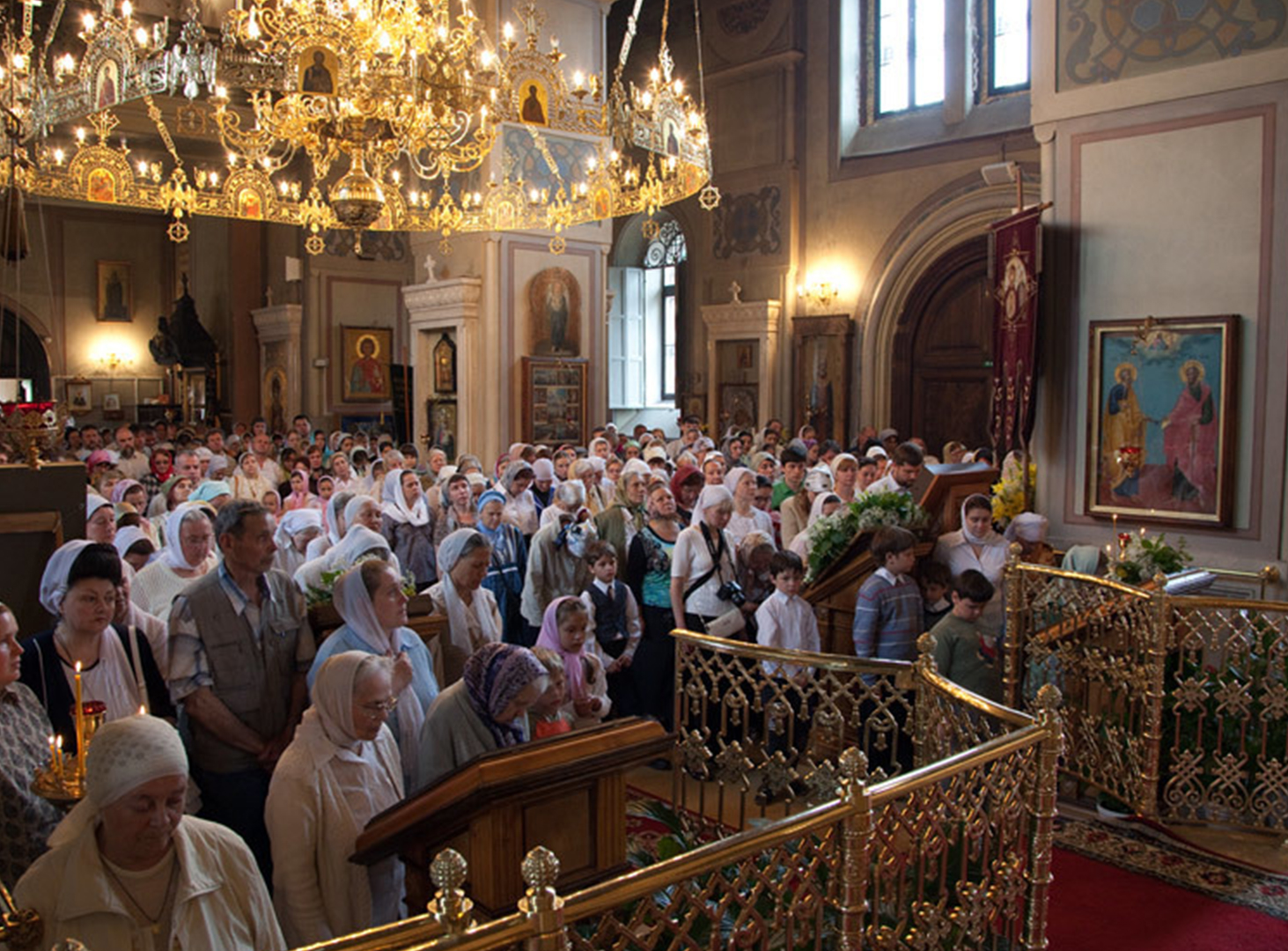 Surely you saw that Greek temples have benches for the flock, so you can sit during the service. Why must they stand in Russian Orthodox churches (although a few benches for the weak we have too)? There are several versions to that effect.

During the prayers, the very first Christians did not stand and did not sit. They reclined during the meal, which ended with the Eucharist (translated as “thanksgiving”): “… Thank you, Our Father, for the holy vine of David, your servant, which you have revealed to us through Jesus, your lad. Glory to you forever! ” It is an early Christian text from the Didaсhe.

Later, Christians began to pray in temples while sitting, and only after the VI century they did it standing. Quite possibly, the works of the early Christian philosopher and apologist Quintus Tertullian have contributed to such a severity: he was known for his commitment to asceticism. In his book “On Prayer,” he wrote that it is generally indecent for a person to sit in front of those whom he reveres and fears, and especially before God. It is also known that the preachers themselves made their speeches also sitting like John Chrysostom, for example, and Christ himself was depicted in early Christian painting sitting during his sermon.

What is wrong with us?

In Catholic churches they also are sitting during the service. Why is it, in our churches, that such tradition advocated by the ascetic Tertullian was fixed? Some sources say that the temples in Russia were built small to use less firewood on heating for long winters. So there was nowhere to put benches: the question was only to get all people in! Of course, the sick and infirm are allowed to sit in our church, but even the weakest ones try to stand on their feet all the service. “Through suffering, the soul is cleansed,” is the holy conviction of many people, and to stand during prayer for them is a feat of austerities, thanks to which spiritual growth is faster, and a response to prayer will not be long in coming. Nevertheless, Saint Filaret of Moscow warned that “it’s better to think about our God when sitting than about your feet when standing”.

What about the Greeks?

The Greeks retained the custom of the early Christians to sit during worship. Even on the Holy Mount Athos in the strictest monasteries, there are stasidia (special chairs) or benches, but the services in Athos temples are much longer than our ones. Let’s say, the Easter service lasts 8 hours: from 10pm to 6am.

In conclusion we give an opinion of our acquaintance, the Greek priests, Archimandrite Sinesios, who laughed when hearing from us the widespread opinion that “standing people are closer to God during the prayer”.

You will not closer to God when sitting or standing. You can pray everywhere, each person being standing, sitting, lying or working. Is it strictly obligatory to do it in front of an icon with use of certain words? Not. Christianity, especially Orthodoxy, is freedom. Of course, there are dogmas and doctrines, but there is also freedom given to us by Christ himself.