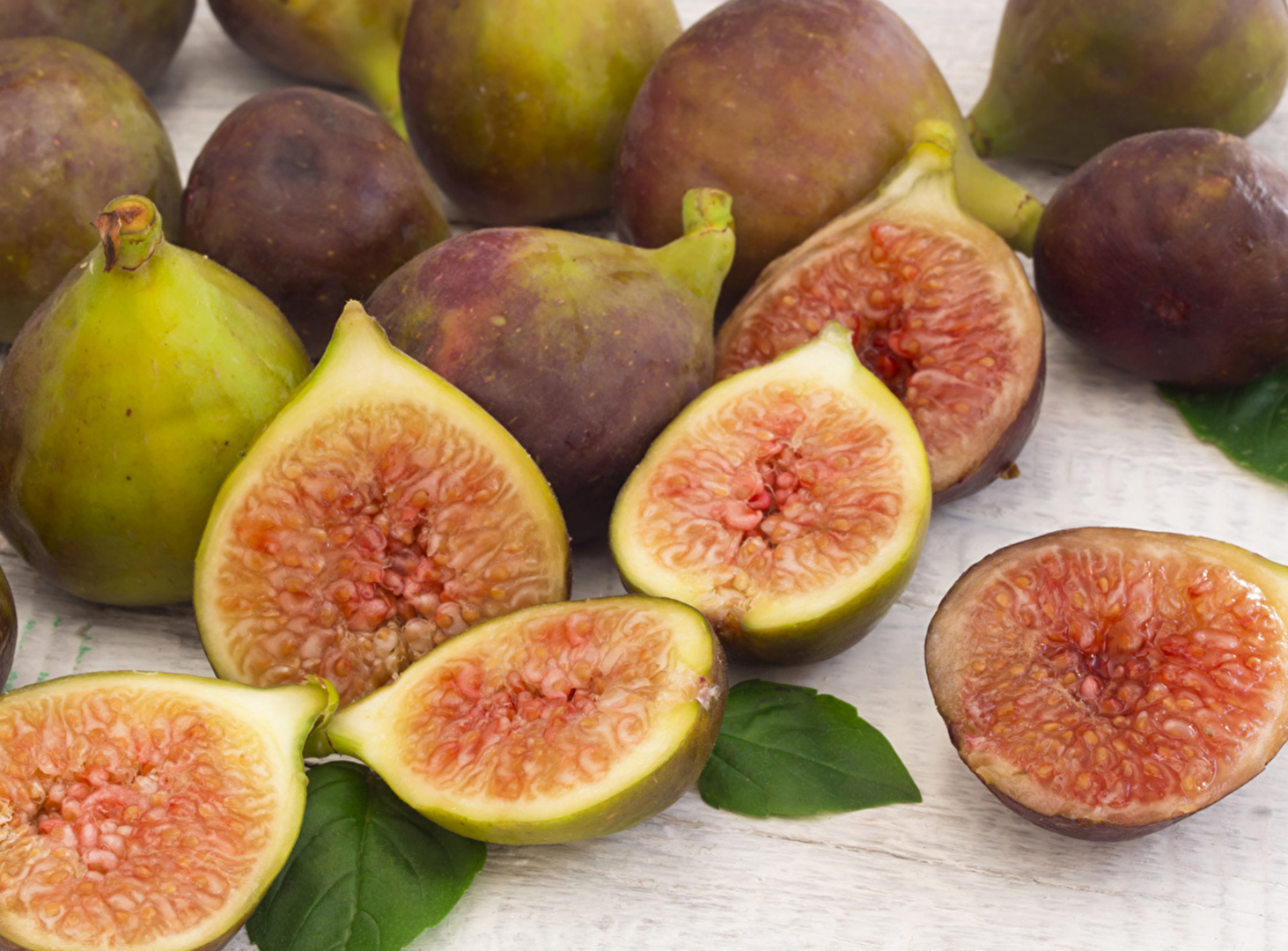 For most people in Russia, figs are dried fruits. A happy traveler is who managed in distant wanderings at least once to pick from a branch and try this amazing delicacy, fresh figs! It is moderately sweet, delicate and refreshing, like a sea breeze… However, semi-moist and dried figs retain their useful qualities—in ancient times, going on a long journey travelers, took dried figs with them to satisfy their hunger; and in countries with a subtropical climate, where they grow, one still says: those who own these trees will never experience hunger. In ancient Greece, the export of figs outside the country was generally punished by the court, as high treason.

The leaves of figs are large and stiff, rounded in shape, like 3-5-7 propeller blades, up to 15 cm long and up to 12 cm wide, dark green. In warm countries, where the winter temperature is not lower than plus five degrees, figs do not drop their leaves or do it for a couple of months. It can grow not only as a tree but also in the form of a bush. 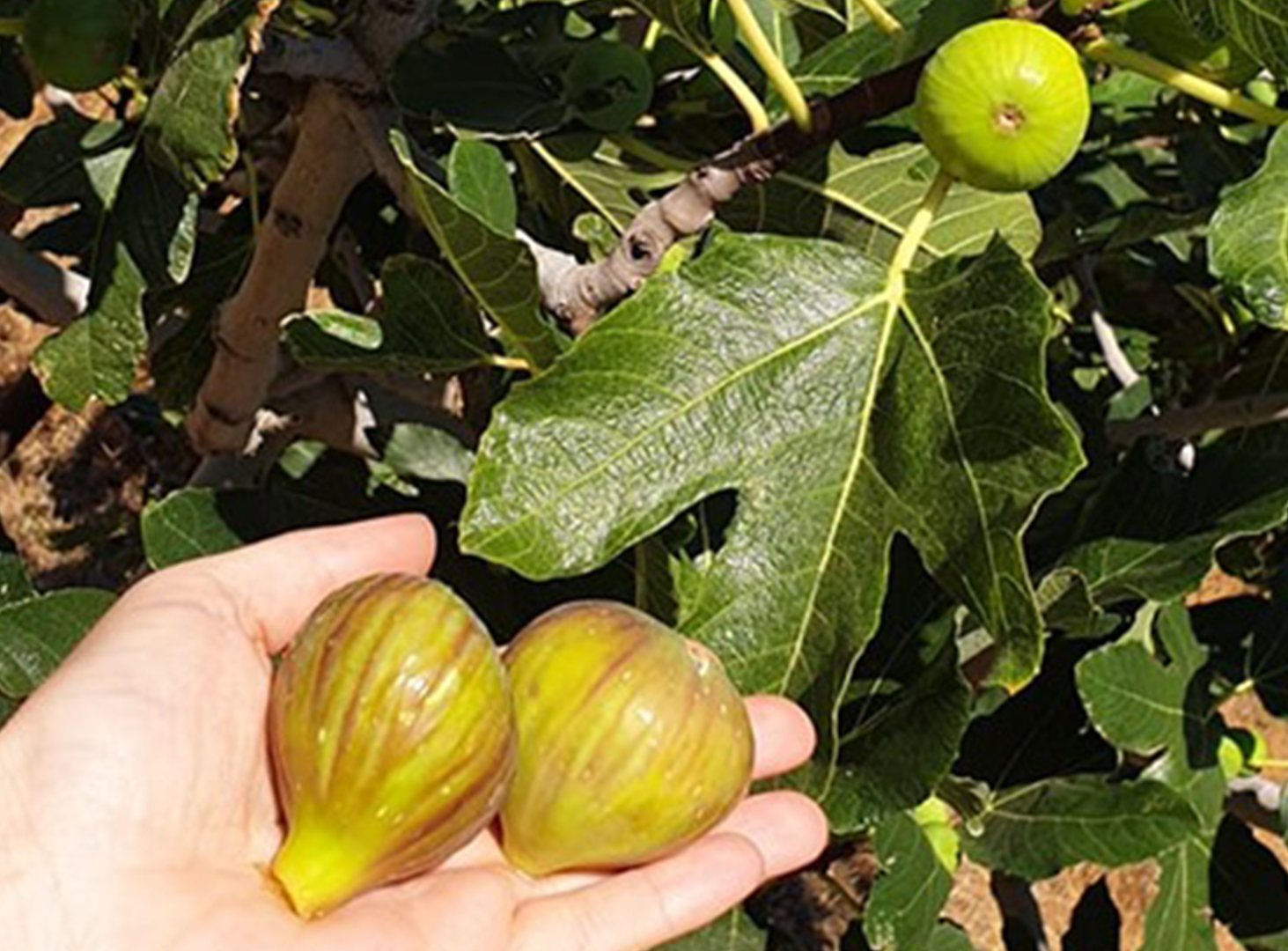 Figs have a powerful root system helping them extract moisture from great depths, so they grow well on stones. On Crete, you can see them on the slopes of the mountains, and in the crevices of the rocks, just in the middle of the road or on the street and even on the walls of old stone houses where the seeds are carried with sand, and wind.

Figs love the sun and bear fruit abundantly. They do not afraid of drought and give excellent yields with sufficient watering. Trees growing on fertile soils near rivers have powerful trunks and yield up to 100 kg of figs. The life span of a tree is 30-100 years, but there are reports of three centuries old specimens.

The most ancient of the fruit trees

The fig (subtropical deciduous ficus) has many names:

A fig tree is mentioned not only in the Bible but also in the Qur’an, where it is said that Allah gave this useful tree to people. In the Qur’an there is even a particular surah called “The Fig Tree”.

The leaves of this tree of paradise were used to cover private parts by the first man Adam and his wife Eve, therefore, the leaves of the fig tree can be called the first “clothes” of people.

Among the ancient Greeks, figs were considered to be a symbol of fertility, and the inhabitants of Italy even now associate it with abundance. The fig fruits received such respect for their original structure: there are about 1 thousand seeds inside.

According to the botanical classification, the fig fruit is not a fruit, berry or vegetable. Figs are multiple fruits of fig tree, which, after pollination of inflorescences, will be covered with peel from above, and its seeds are overgrown with delicious pulp. 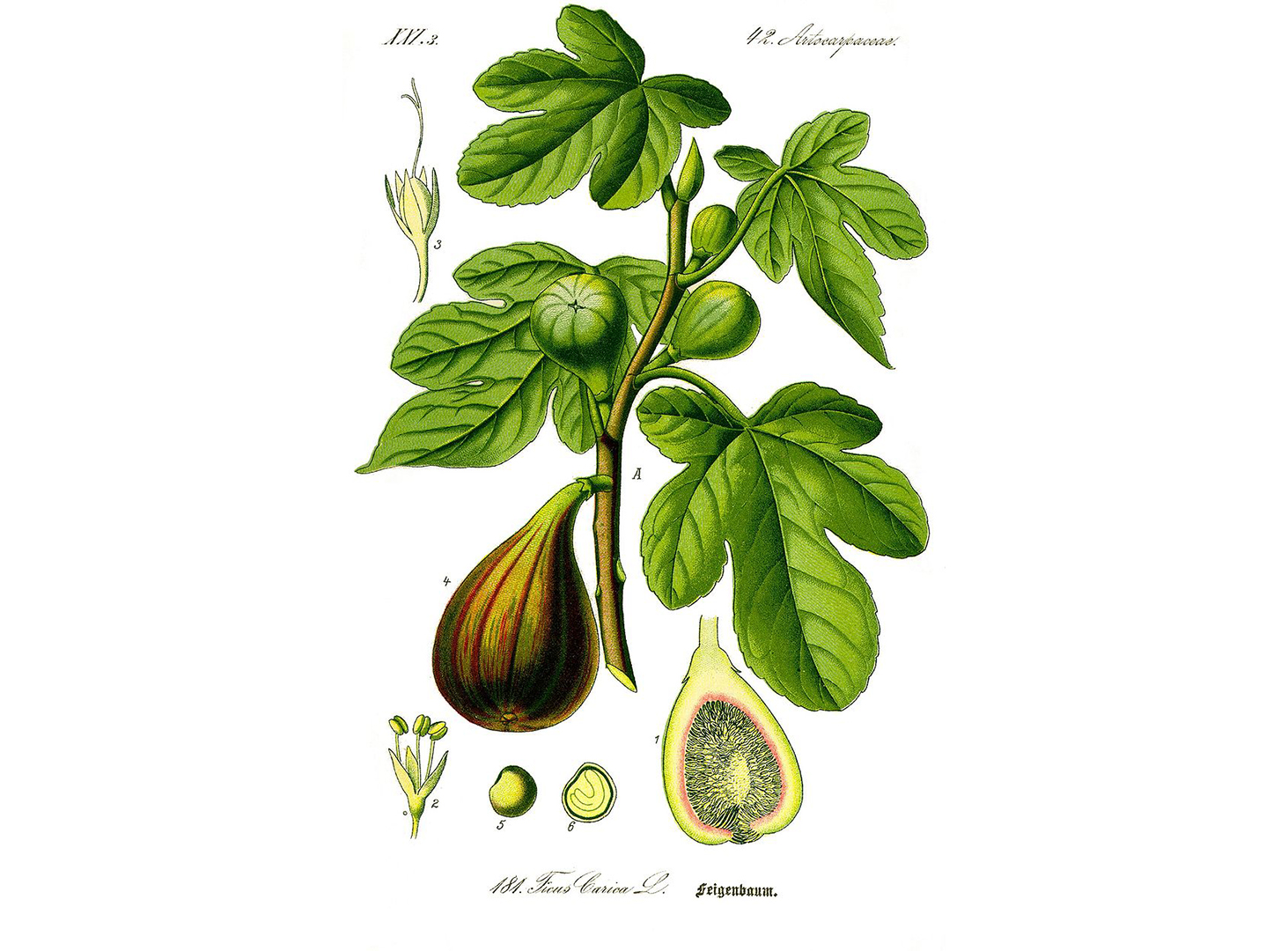 Pollination of figs is a very interesting and complex process carried out with the help of only one insect—the black wasp called blastophaga psenes. Surprisingly, these wasps themselves cannot exist without figs: their inflorescences are a source of nutrition for wasps. Even the appearance of inflorescences coincides with the life cycle of pollinators—these wasps. They coexist in close symbiosis for many millions of years. Inflorescences appear on the plant three times a year (in the autumn, winter and summer periods).

The blastophaga is very small—only 2 mm. It allows wingless males to settle inside fig inflorescences, and they never leave them. Females are different from males: they have wings. A female wasp, fertilized by a male inside the male fig inflorescence, crawls out through a hole in the top of the male inflorescence. At the same time, pollen from male flowers falls on her body. Flying from one tree to another, they carry pollen on their wings, and pollination of flowers occurs. 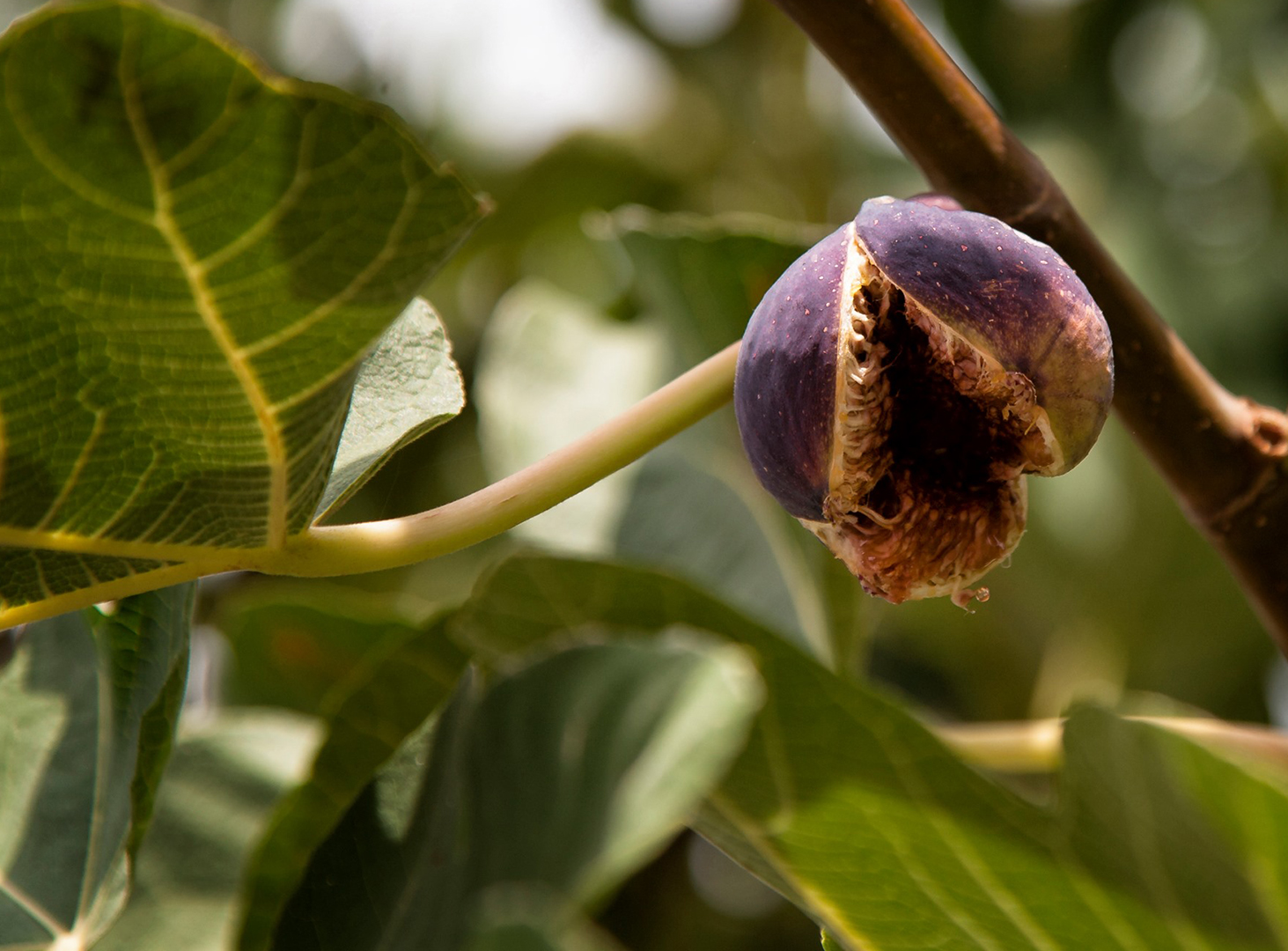 Only in male and mixed type flowers do pollination and egg-laying take place. Wasps lay their eggs and die. New insects of both sexes appear of the eggs. Females scatter, while males remain. After mating, female wasps are forced to look for free inflorescences to lay eggs, and the cycle repeats.

It is very interesting that for a long time the cultivation of figs on the American continent failed due to the absence of insects that pollinate it. Only after they were bred, American residents were able to harvest their first crop.

They have a lot of minerals, vitamins, iron, fiber, phosphorus, sugars and proteins. In terms of potassium content, they are second only to nuts. Doctors recommend using fig fruits as an antipyretic and anti-inflammatory agent during colds, as well as if you have a cough and throat ailment. Regular use of fig fruits normalizes cholesterol levels and your cardiovascular system. The fresh fruits can easily cope with bronchial asthma. 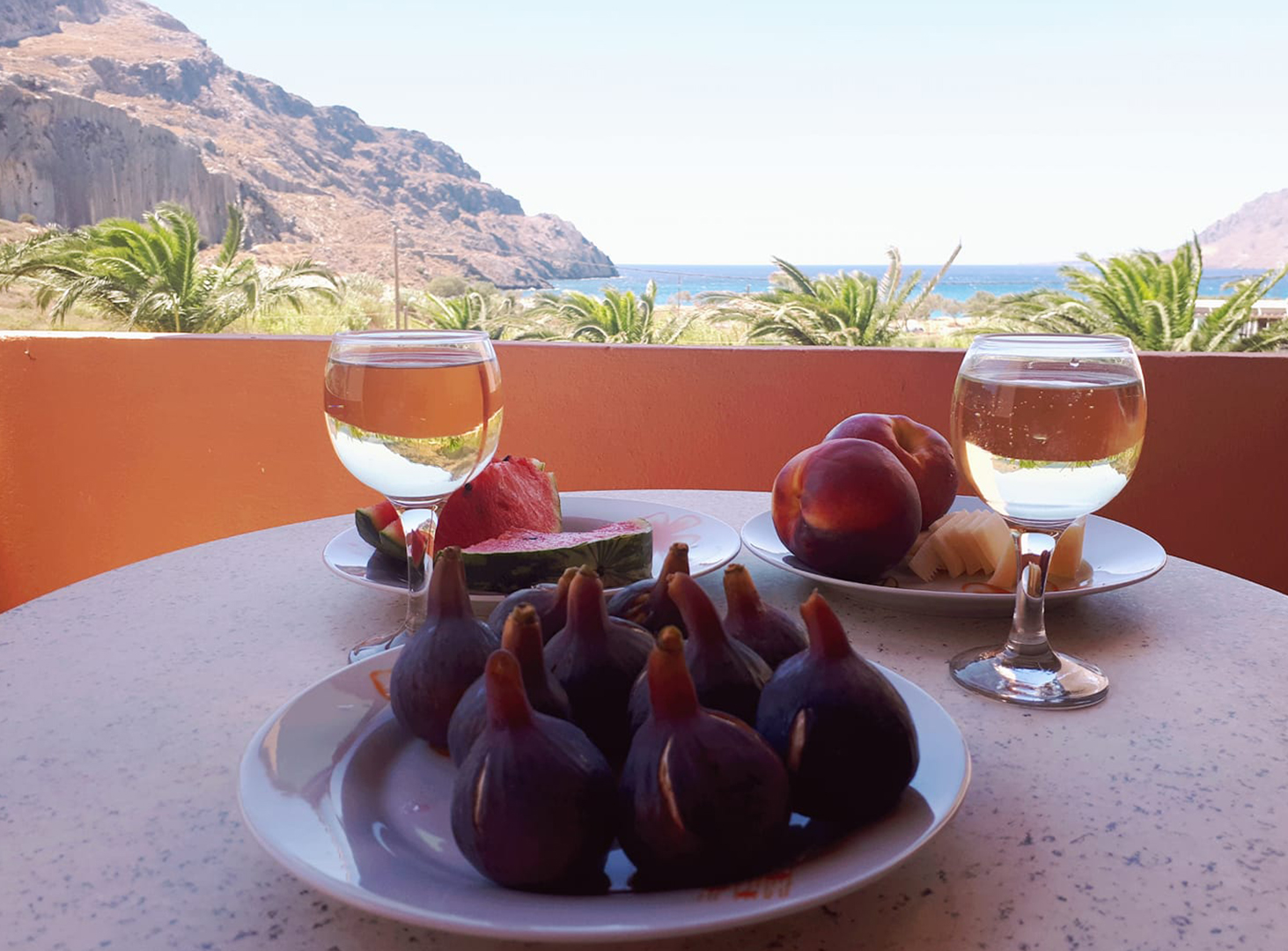 Like any exotic fruit, figs have some contraindications for consumption. They are not recommended for diseases associated with the pancreas, as well as for severe forms of diabetes. In addition, figs thin the blood, so if you have poor coagulation, they should not belong to your food choice.

Fresh figs can be tasted on Crete in July-August

They are sold in supermarkets, but it is better to buy them at a market. The fruits are very tender: they cannot be stored for a long time and do not tolerate transportation well. Figs grow on Crete everywhere, including along roads. If you really want to, you can pick a few figs from a branch or pick them up under a tree, stroking its palm-shaped leaf as a thank you for the sweet temptation. 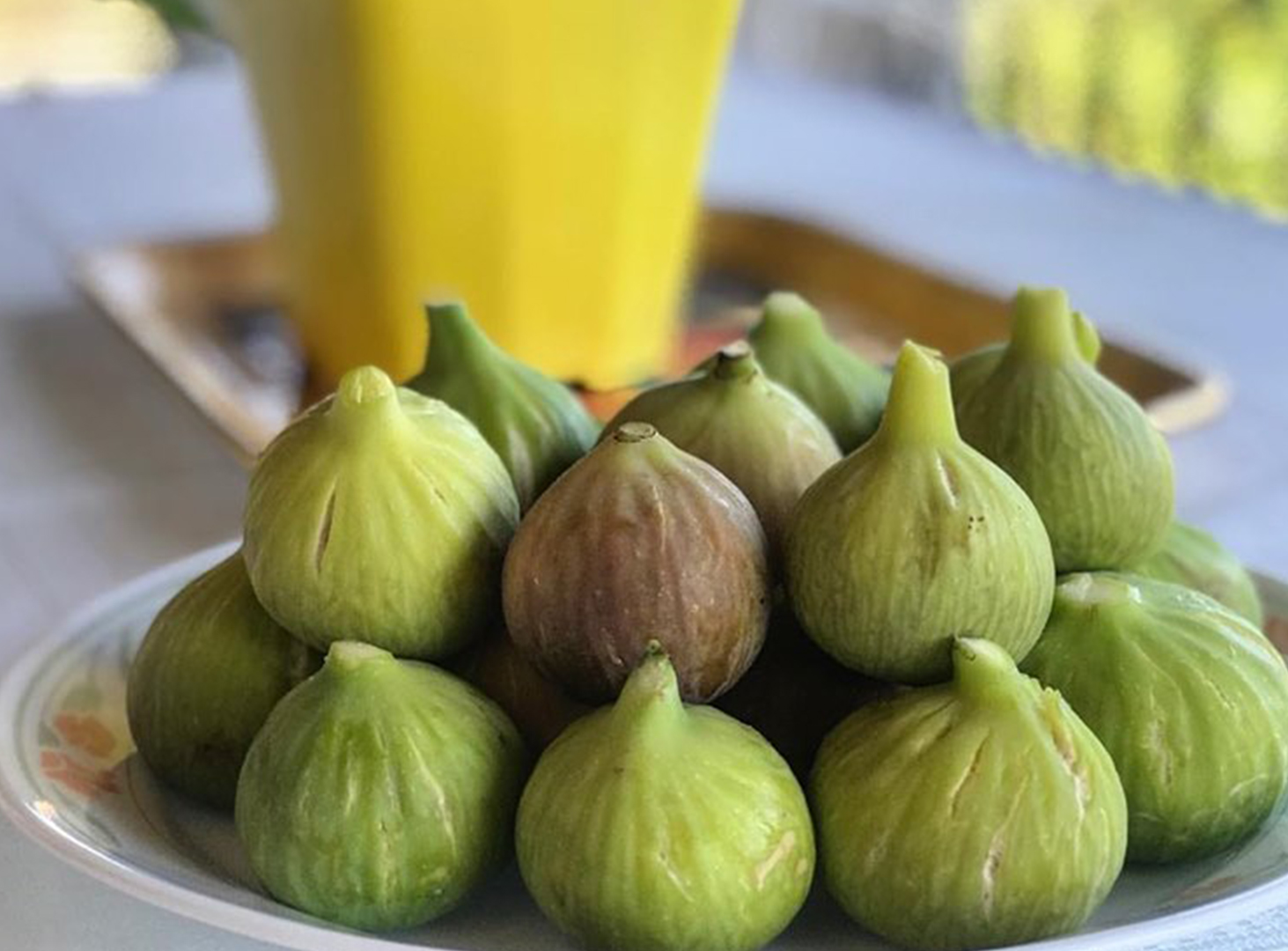