Tamarisk or almiraki called in Greek is one of the Greek summer symbols.

On many beaches, vacationers sit under tamarisk trees sheltering from the scoring sun and enjoy the sound of cicadas hiding in their branches.

Tamarisk is a small evergreen tree. In Greece and Crete, it usually grows in coastal areas. The plant got its Latin name Tamarix in honor of its homeland–the mountain river Tama-riz in the Pyrenees. In Russia, the plant is also known under the names “God’s tree”, “Astrakhan lilac” and some others.

The plant is very attractive when budding. Until a bud is opened, it resembles a bead, so it seems that the whole tree or bush is covered with beads and explains one of its popular names  –”bead tree”. 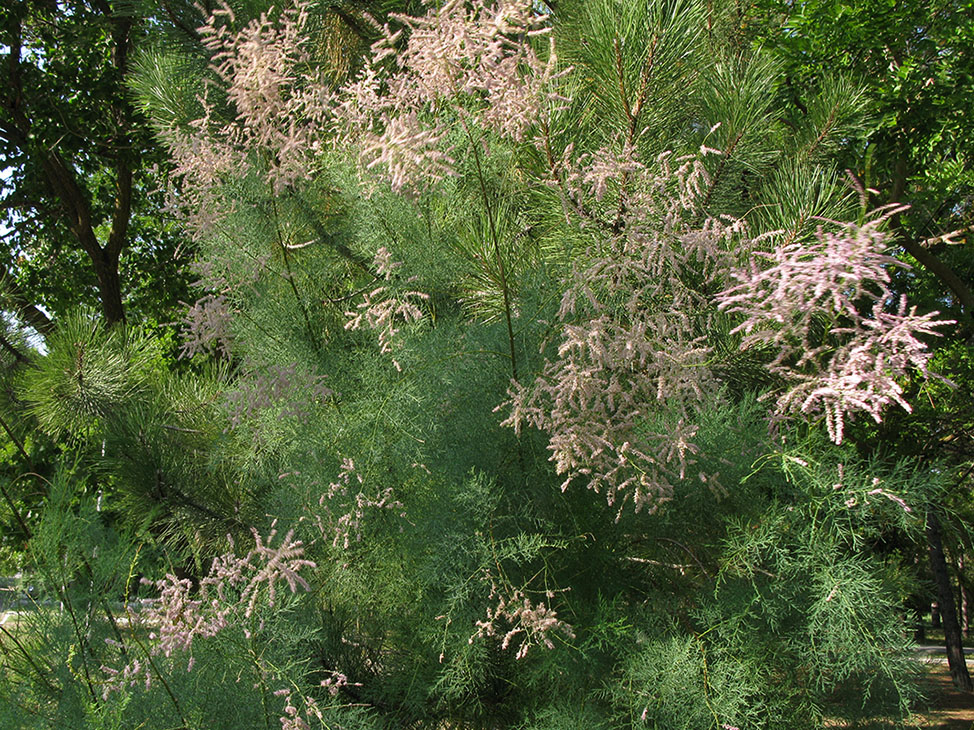 The plant looks no less beautiful during flowering: the bush is covered with small white, pink, lilac flowers. On a hot summer day, small crystals of salt are released on the branches, which absorb moisture of the evening hours, and the plant becomes wet.

In summer, the bark of some tamarisk species is covered with sweet juice secreted by scale insects living on them. This syrup is consumed in food. When dried, the juice turns into a white cereal, similar to semolina. The wind can transport it over long distances. It is believed that it was tamarisk who gave this “manna from heaven” to the Jews wandering in a desert according to a biblical story; and the inhabitants of the Sinai Peninsula still collect this “heavenly gift” from wild tamarisks.

Tamarisk is a sand tamer. It is very tenacious. The tree does not die under a thick layer of sand: its branches quickly form roots and the plant regenerates. Its roots are long, they spread for tens of meters, penetrating deep into and stop the movement of the sands. Therefore, these plants are used as decorative and for preventing moving sands.

Tamarisk honey is delicious and healthy. Its twigs are brewed instead of tea. 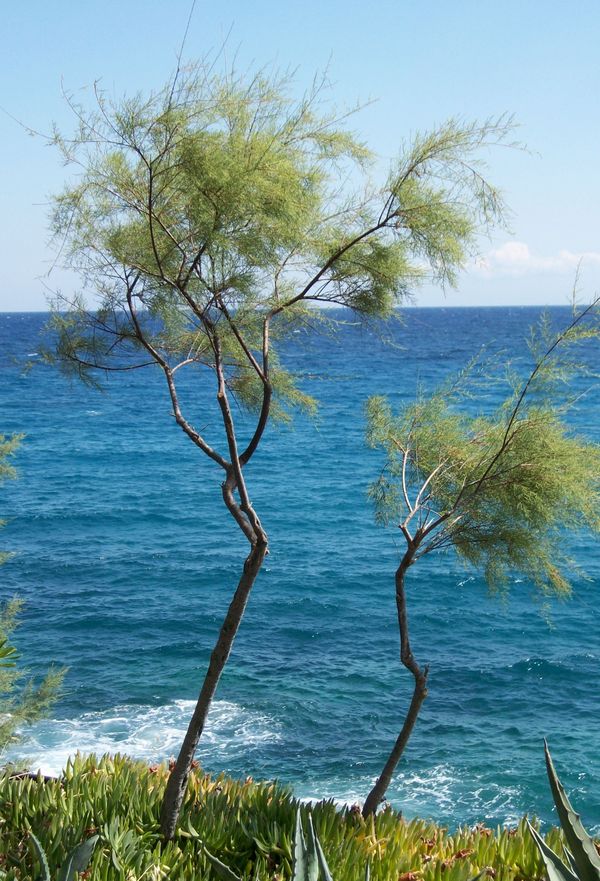 This plant is an excellent traditional medicine. Diuretics and diaphoretic decoctions and infusions are prepared on it, which has also astringent properties actively used to treat diarrhea. Another effect of it is pain relieving working both internally and externally. Tamarisk quickly heals any skin injuries and relieves pain, helps to increase blood clotting, and prevents the formation of so-called scabs.

The oldest use of tamarisk in the treatment of human ailments is against syphilis. In such a case, it was applied externally.

Tamarisk serves as a “table and house” and a medicine.