Skip to content
TheNewCrete > Unknown Crete > Do you know that there are six airfields in Crete? Part 2 – military airfields of Crete. 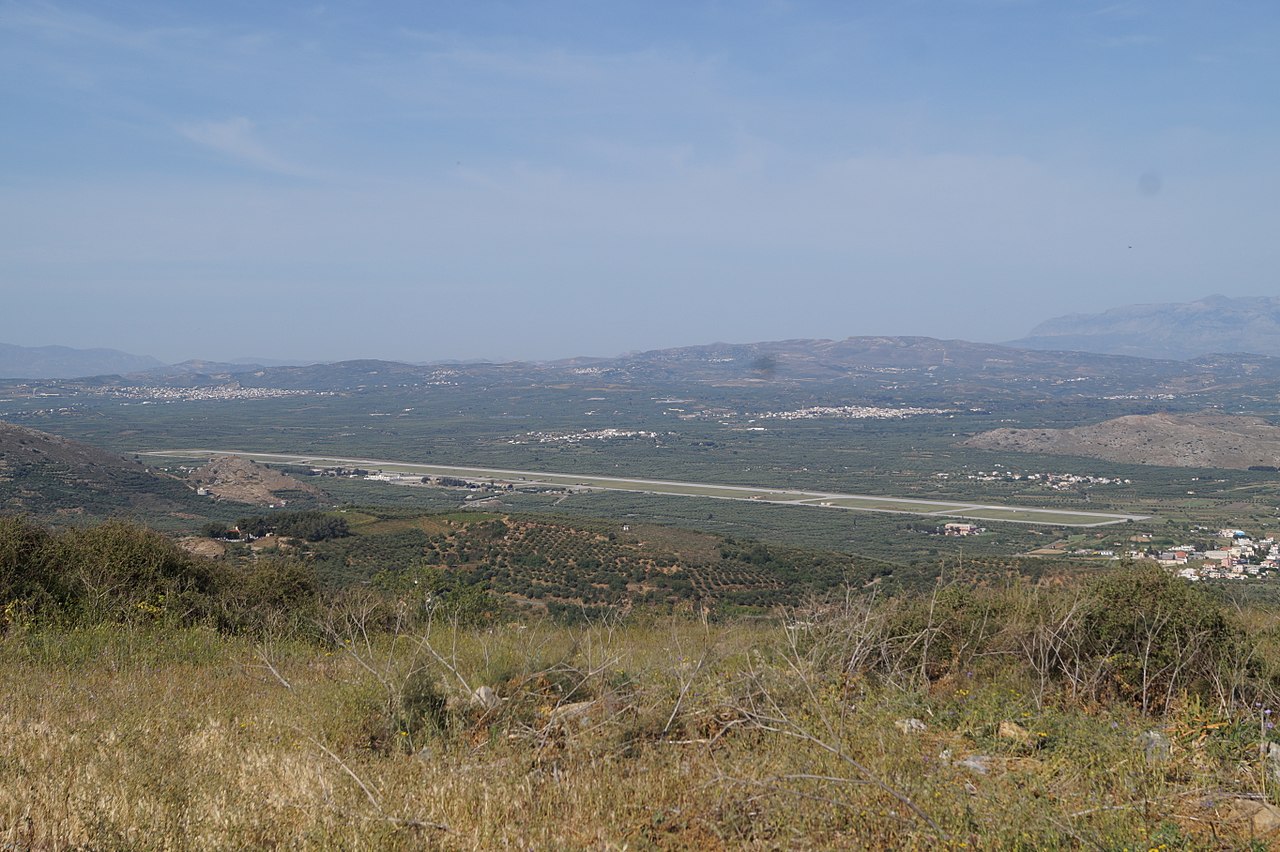 For the most part, guests arriving in Crete are aware of only two international airports on the island: in Heraklion and Chania. However, there are six airports in Crete! In addition to Heraklion and Chania, the airport of Sitia has also international service during the season. These three airports serve domestic flights all year round. Chania Airport is a joint civilian and military one: it is also an air base. In addition to these three civilian airports in Crete, there are three more military airfields: Kasteli, Tympaki and Maleme. It should be said that Maleme Airport is no longer operated by the Greek Air Force; and they began building a large new international airport near Kasteli.

Continuation of the article – https://thenewgreece.com/en/unknown-crete/do-you-know-that-there-are-six-airfields-in-crete/. In this issue we will tell about military airfields: Kasteli Airport, Tympaki Airport and Maleme Airport.

Kasteli Airport is a military one located next to the village of Kastelion in the community of Minoa Pediada in the Heraklion region: about 39 km southeast of the Cretan capital. Its ICAO code is LGTL. It has one 2990 m long runway and to date was home to the 133rd Greek Air Force combat group with F-16 Fighting Falcon jets. 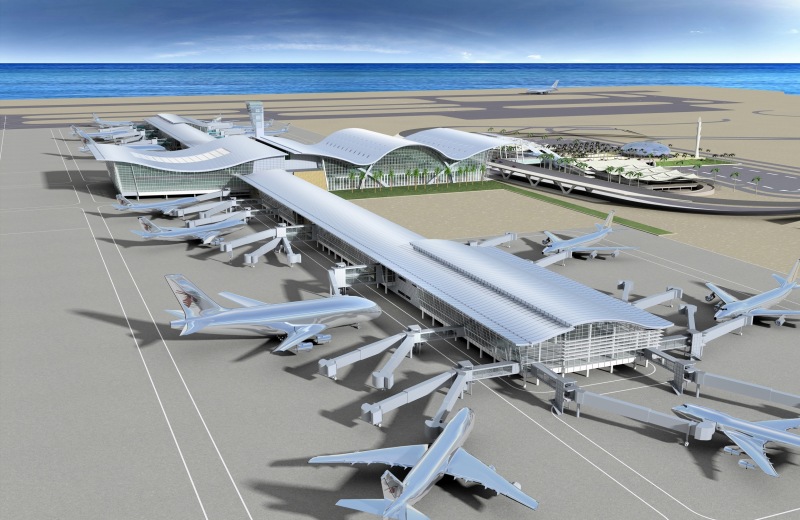 The history of Kasteli Airport begins in November 1940, when a group of British and Greek engineers designed and began building a runway on this site, which was then destroyed a few days before the battle of Crete. In June 1941, after the occupation of the island, the Germans, using the forced labor of the local population, reconstructed this runway, constructed new buildings with shelters and placed a reconnaissance aircraft squadron here. From the summer of 1941 to March 1943, 200 to 440 sorties per day were carried out from Kasteli for reconnaissance and transport missions to North Africa. 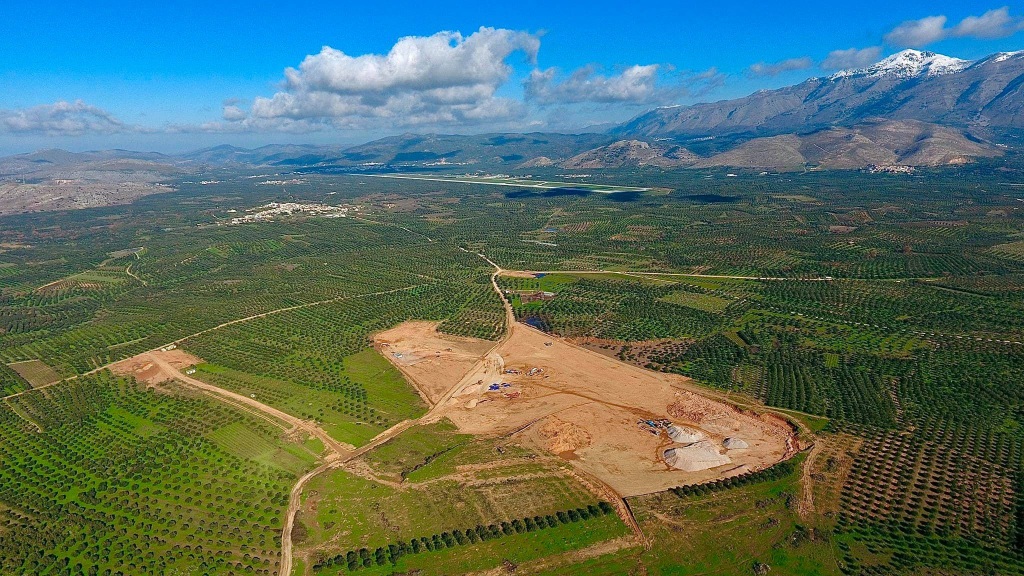 On February 8, 2020, the official opening of the new international airport construction in Kasteli took place on the territory adjacent to the military airfield. The new airport will be almost twice as large as the current one in Heraklion, and the work is planned to be completed in five years, by 2025. The five-story terminal of the new air harbor will be located on an area of ​​72 thousand square meters. It will be a 30-minute drive from the center of Heraklion. At the airport, a 3800 m long runway and parking areas up to 300 sides will be built to be compatible with large aircrafts such as the Airbus A380.

More about the new airport, you can read here:

Tympaki Airport is a military airfield owned by the Greek Air Force. Its ICAO code is LGTY and location is in the south of the island, in the town of Tympaki on the coast of the Mesara Gulf on the Libyan Sea, 11 kilometers west of Moires city. Tympaki is a cozy nontouristic town, the historical center of the Phaistos community in the administrative unity of Heraklion.

Tympaki airfield was built by the Germans after the occupation of the island in 1941. It was used by them mainly for transporting provisions to assist their operations in North Africa. After World War II, the airfield was expanded and refurbished several times. At first, it functioned as a combat aircraft base, then as a training ground and alternate airfield. Some of the airdrome facilities were given over to a summer resort for the military and civilian personnel of the Greek Air Force, which in 1992 were transformed into the Tympaki Air Force Resort. The four resort buildings have 90 family rooms. The airdrome has also NATO’s tactical radio navigation system for military aviation. Tympaki is simultaneously the home to gliders and aircrafts of the Talos flying club from Heraklion.

There are two runways at the airfield. One of them is now closed, the second, with asphalt pavement and a length of 2713 m, is sometimes used for car racing. On this strip, the finals of the Greek drag racing championship were held. Drag racing is a competition, a sprint race on a straight track over a distance of ¼ miles (402 m), ½ miles (~ 804 m) or (less often) a statute (British) mile (1609 m).

Maleme Airport is an old military airport near the village of Maleme. It is located in the northwest of the island, 16 km from the city of Chania in the community of Platanias. The airport was built by the British military shortly before the outbreak of World War II. Now it has two runways without lighting. This airport operated until 1959 as the main airport of Chania. The Greek Air Force ceased to operate it since 2012. The runways of Maleme are continued to be used by the Aero club of Chania.

Maleme Airport is a historic site of World War II. It is known as the main landing site for German paratroopers in May 1941 at the beginning of the battle of Crete (Operation Mercury). The landing strip captured by the paratroopers allowed the Germans to have necessary air reinforcements for occupation of the island. Many of the paratroopers were killed in the attack and buried in a German military cemetery, located on a hill above Maleme, and adjacent to the territory of the Greek Army Special Forces Training Center. This is one of two military cemeteries on Greek soil where exclusively German soldiers (4465 people) are buried. Nearby is the Royal Air Force Memorial dedicated to the pilots died during the battle of Crete. 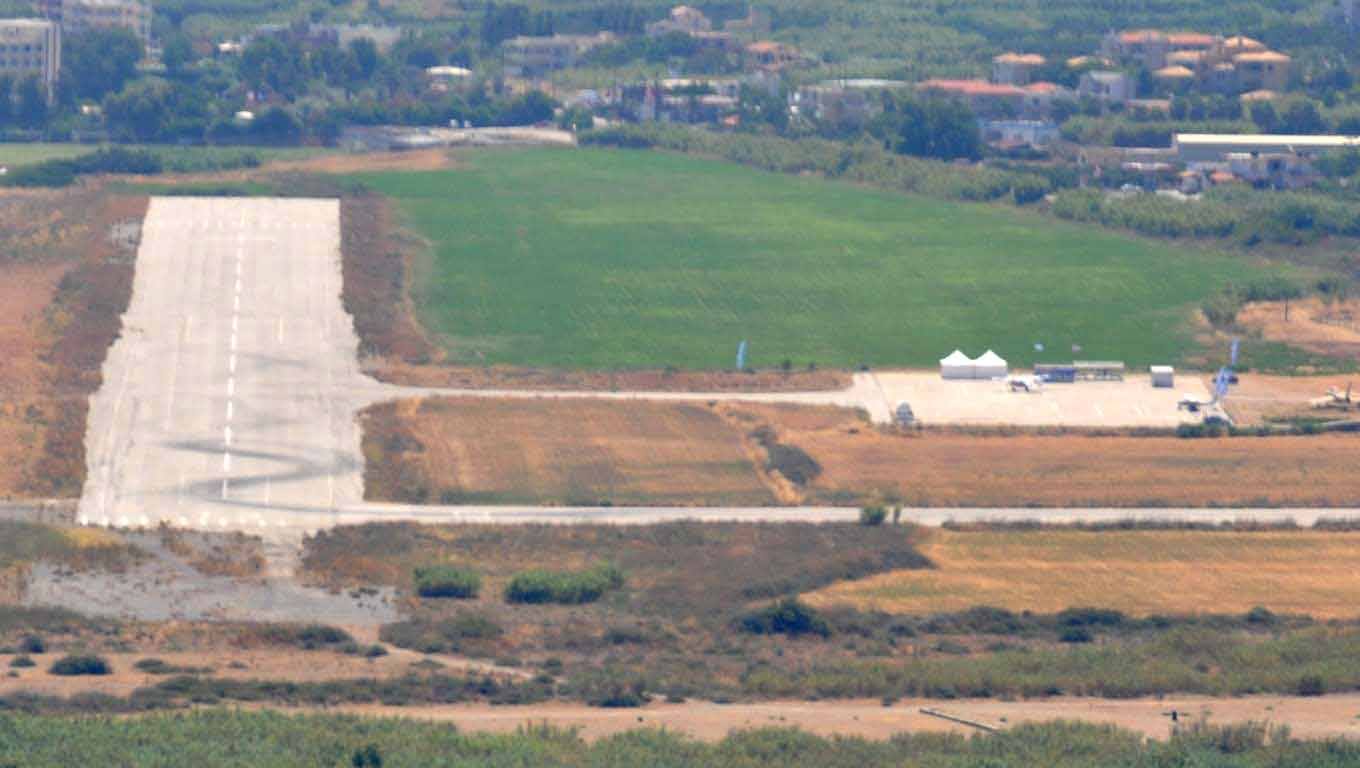