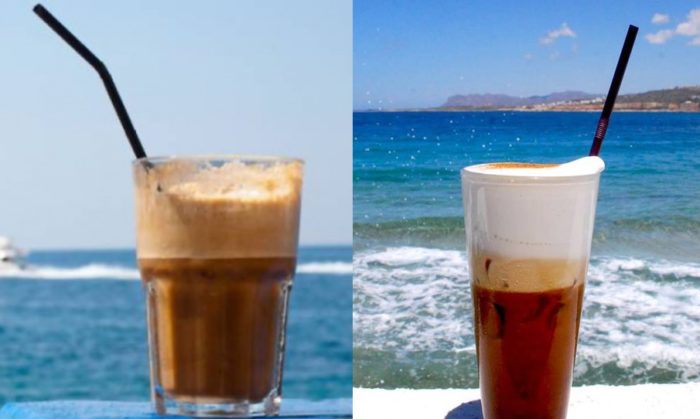 Frappe and Freddo top the list of ice drinks in Greece, as the tradition of drinking iced coffee all year round is something that the Greeks are proud of!

The summer may be almost over, but this is not the case for the cold beverages that Greece offers you during these months.

Not very famous abroad, the tradition of drinking iced coffee all year round is something that the Greeks are proud of. Whether we’re talking about the all time classic frappé or the very popular during the last decade freddo, the choices you have regarding your iced coffee in Greece are numerous.

But when it comes to choice, things may become tough deciding between the freddo or the frappé. And if you do choose freddo, would you prefer Freddo Cappuccino or Freddo Espresso?

Thankfully, there are no right or wrong answers to these dilemmas. Everything is a matter of personal taste and opinion. 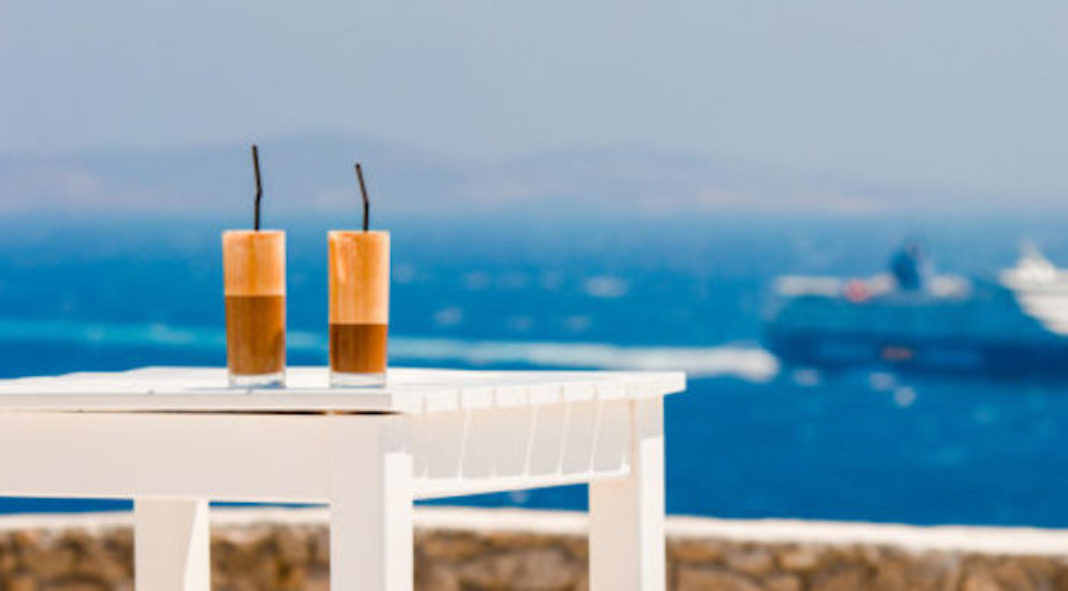 So, let’s take a closer look at these two famous Greek iced coffees:

Frappé (in Greek frapés) is a foam-covered iced coffee drink made from instant coffee, water, ice cubes and sugar (or sometimes even ice-cream). Accidentally invented in 1957 by Dimitris Vakondios during the International Trade Fair of Thessaloniki, the Frappé is still very popular in Greece and Cyprus, and is available at virtually every single Greek café. Made either with a shaker or a special mixer, the Frappé is one of the easiest-to-make coffee drinks available.

Freddo, on the other hand, comes in two different variations: Freddo Espresso and Freddo Cappuccino.

Freddo Cappuccino is the iced version of the regular cappuccino coffee, and it usually has a small amount of cold frothed milk (afrogala in Greek) on top of it. Apart from Greece, this drink is widely popular in Cyprus and parts of Italy, as well.

Freddo Espresso is the cold version of espresso coffee and it is made with a double shot of espresso coffee mixed in a mixer with ice cubes. Particularly popular among those who prefer a cold and strong coffee, the Freddo Cappuccino has become the most widely consumed coffee in Greece over the past ten or so years.

Many people say that if you try to put some vanilla ice or liquor in one of these coffees, the drink will be taken to a whole new level of tastiness.