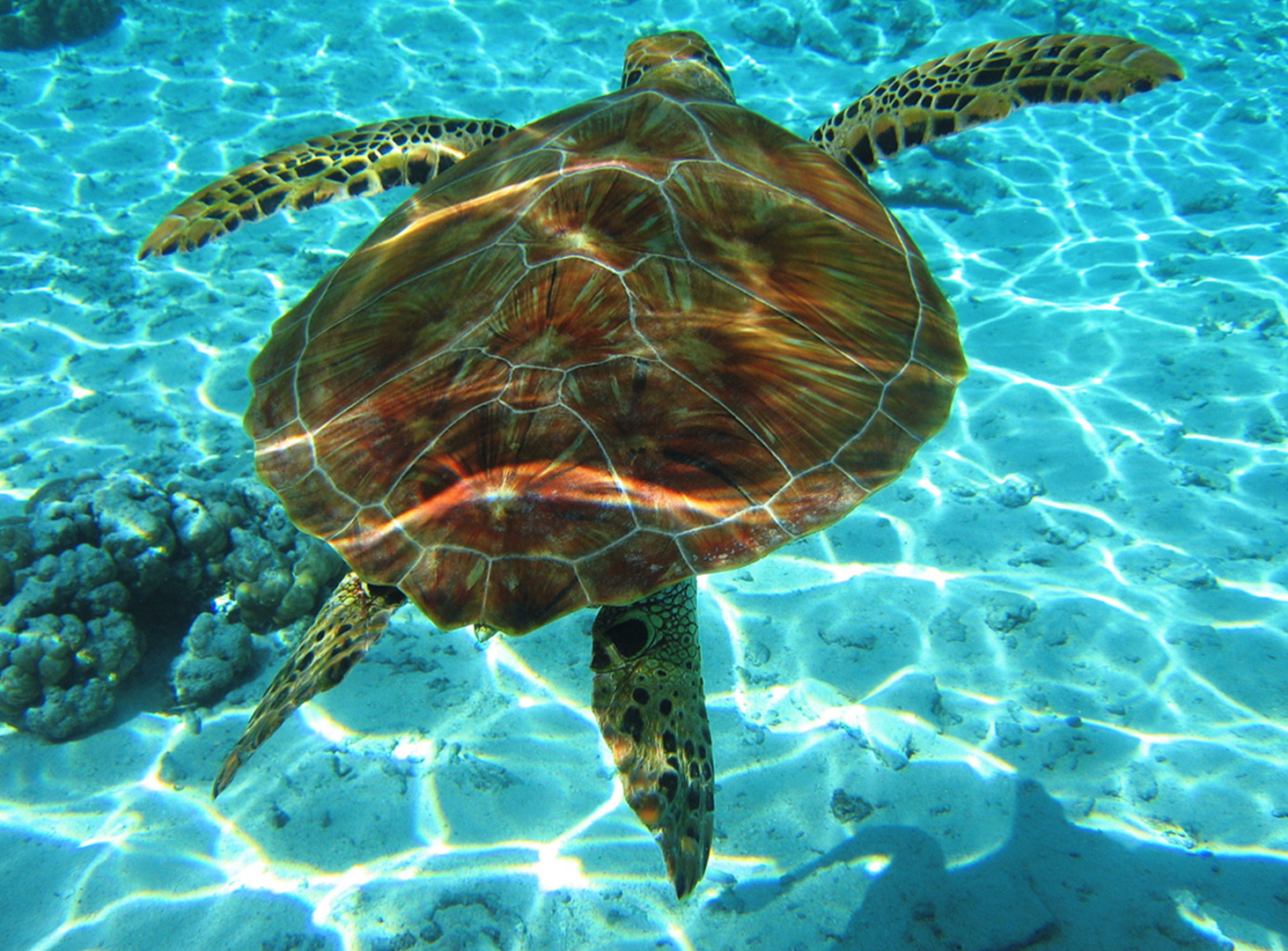 Can you imagine Caretta caretta turtles laying their eggs right on the tourist beaches of Crete? There are many fenced with special signs full clutches of eggs having been laid by rare turtles. The places where turtles make nests are roughly known. They are being watched, and if one signaled a new clutch, volunteers are on duty right away.

On Earth Caretta caretta turtles (loggerhead, big-headed sea turtle, Latin Caretta caretta) have been living yet for 95 million years. Adult turtles reach the size of 115-150 cm, and their weight is 70-200 (!) kg. Moreover, these rare marine animals are on the list of endangered species. The fact is that their eggs have long been considered a delicacy, and this affected the number of turtles. When there were very few of them left, environmentalists decided to secure the revival of the population and now they are serious about each new brood. Given the fact that only one of the thousands of turtles can reach a mature age, a crucial role in preserving the population of this species play the protection of small turtles and beaches where turtles lay eggs.

Turtles are born in late summer, in September. They crawl out of their hole in the sand at night or in the early morning. This time is perfect for them: in the afternoon the hot sun can hurt a lot. Tiny, about 0,2 ft in size, but strong babies, having got out of a their nest in the sand to the surface, begin their first journey to the sea. They try to get to the water as soon as possible in order to avoid a multitude of dangers awaiting them, and the main of them is a person, especially at the peak of the tourist season, when the beaches of Crete are filled with holidaymakers. 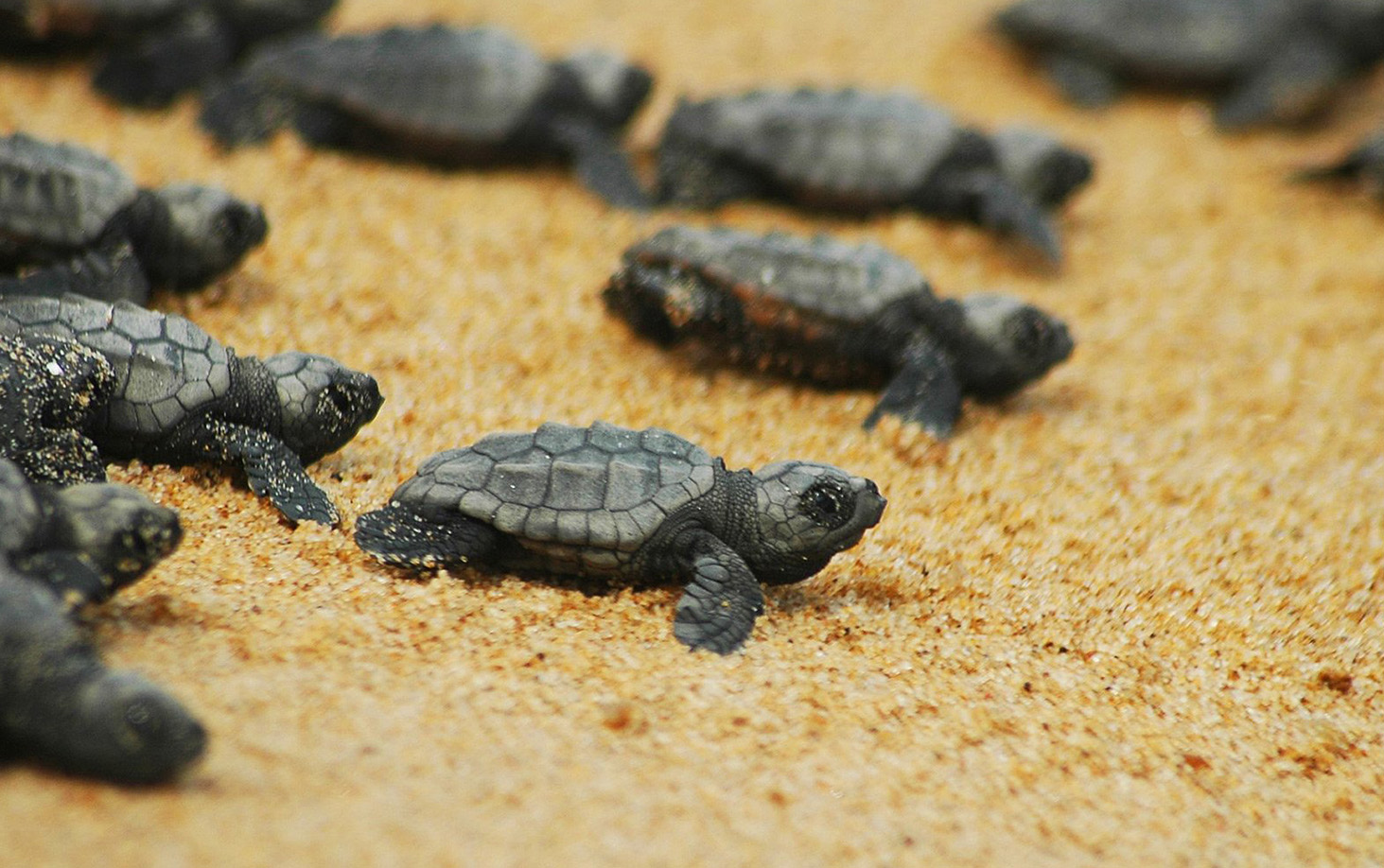 If the eggs hatch during the day, the only way to help turtles is to clear their way to the sea from the hot sand and create some form of shade to protect them from the sun. At the same time, it is strictly forbidden to touch them: it is important that they get to the water themselves, otherwise they will not survive. Dousing them with water is also not worth it, otherwise they will believe that they are already at sea. 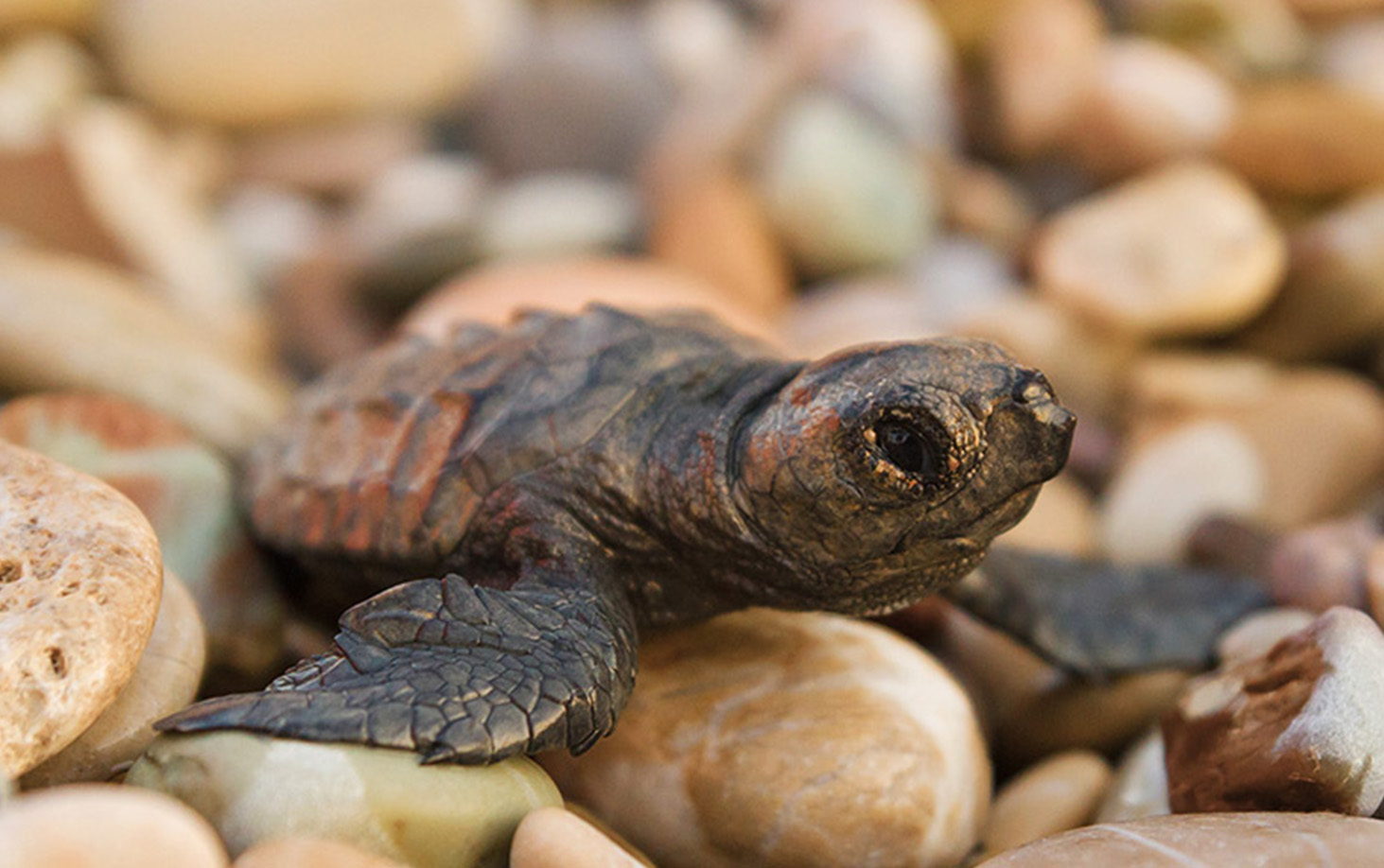 Specially trained people observe most clutches during the birth of turtles. Those interested in it can stand side by side and take a few photos. Small turtles, confidently running to the water, are so cute that it is impossible not to smile while watching them.

Every year in early August, the Association for the Protection of Sea Turtles “Archelon” (ΑΡΧΕΛΩ, Facebook page www.facebook.com/archelon.gr) announces a program of the first excavation of the empty nests of the Caretta caretta turtles on the beaches of Chania and Rethymnon and invites those who wish to observe the process. Excavations are carried out some time after all the young have left their nests. But if it suddenly turns out that the baby was late, they help him to get to the sea. In general, the Society for the Protection of Sea Turtles advises not to interfere in the process when newborn turtles come out of their nests, since the first few minutes of their life play an important role. The turtles will remember for a lifetime the place where they were born, and the instinct of adults again will lead here to give birth to a new generation.

Adults Caretta caretta go out on the sand and, using their hind legs, dig several holes. Then, choosing, in their opinion, the most suitable one, lay eggs there. One turtle can dig up to 80-100 holes, however it will only lay all its eggs in one of them. This tedious procedure for turtles lasts about 60 days (from May to July). And from August to September, small turtles begin to appear. It is said that males are excreted at a temperature of 28.5° C, but for female is required more heat – 32° C. Kids get out of their fossa and, guided by the moon, go to the sea, carried away by instinct. Therefore, at night it is not allowed to kindle a fire or any light on the beach: turtles are sent to the sea, lit by the moon, and another source of light can lead them astray. So during this period, one of the main goals of the volunteers is to ensure that there is no light on the beaches near the sea turtles nests.

There are areas where the adult huge turtles Caretta caretta can be seen under water when you are swimming with a mask and snorkel. Underwater hunting enthusiasts often see them, for example, in the region of Rethymnon and Bali.

The birth of turtles – https://www.youtube.com/watch?v=ayFl4Iot4Pw