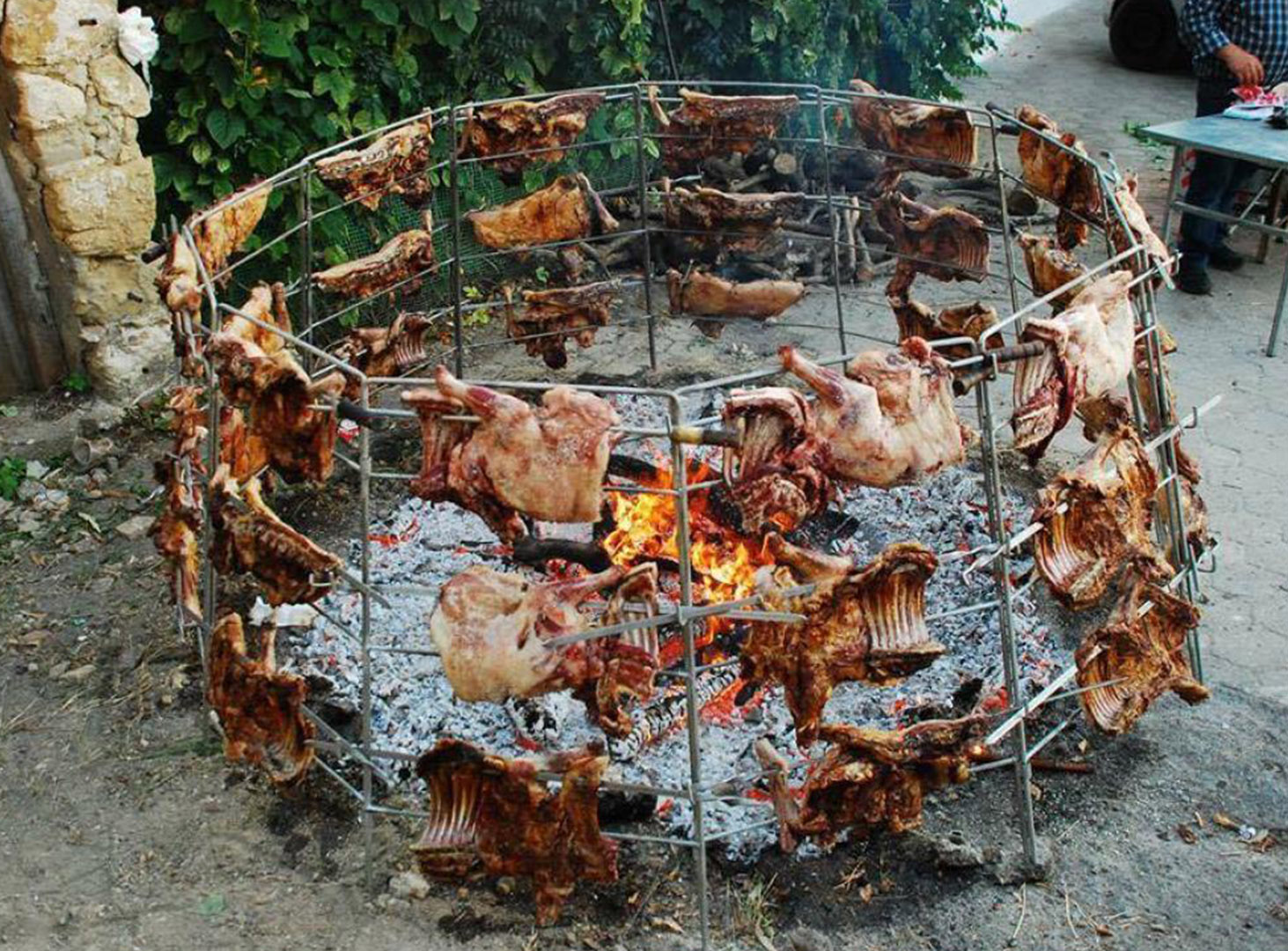 The rule “we are what we eat” applies also to animals in Crete. The unique climate of the island affects all the products and animals that are grown here. Cretan sheep and goats graze year-round on green pastures, get all the possible vitamins, bask in the sun, breathe the cleanest air, so their meat has a richer taste than anywhere else. Although it is possible that the difference in the taste of meat of animals grown on the island or the mainland, can only be distinguished by locals who are knowledgeable consumers of fresh food.

Any dish of meat is delicious on the island, and all its inhabitants love meat very much. Only in Crete you can try mountain small goat or lamb meat, cooked in various ways, such as cream stew with artichokes or asparagus, greens, myzithra cheese, grape leaves or yogurt. We especially recommend grilled rack of lamb and ribs on charcoal. Amazing tzatziki (cold appetizer of yogurt, fresh cucumber and garlic) will help maintain your appetite.

You can also order kleftiko. Traditionally it was lamb cooked in oven in a large clay pot, made in Crete in Minoan times. Now kleftiko is cooked even in electric ovens. The meat is rubbed with salt and pepper, and placed in a clay pot with potatoes, oregano, rosemary. Sometimes they add bay leaves. While baking, the potatoes are soaked in meat juice and become tender, and aromatic. To get a delicious crust, you need to open the dish half an hour before the end of cooking. 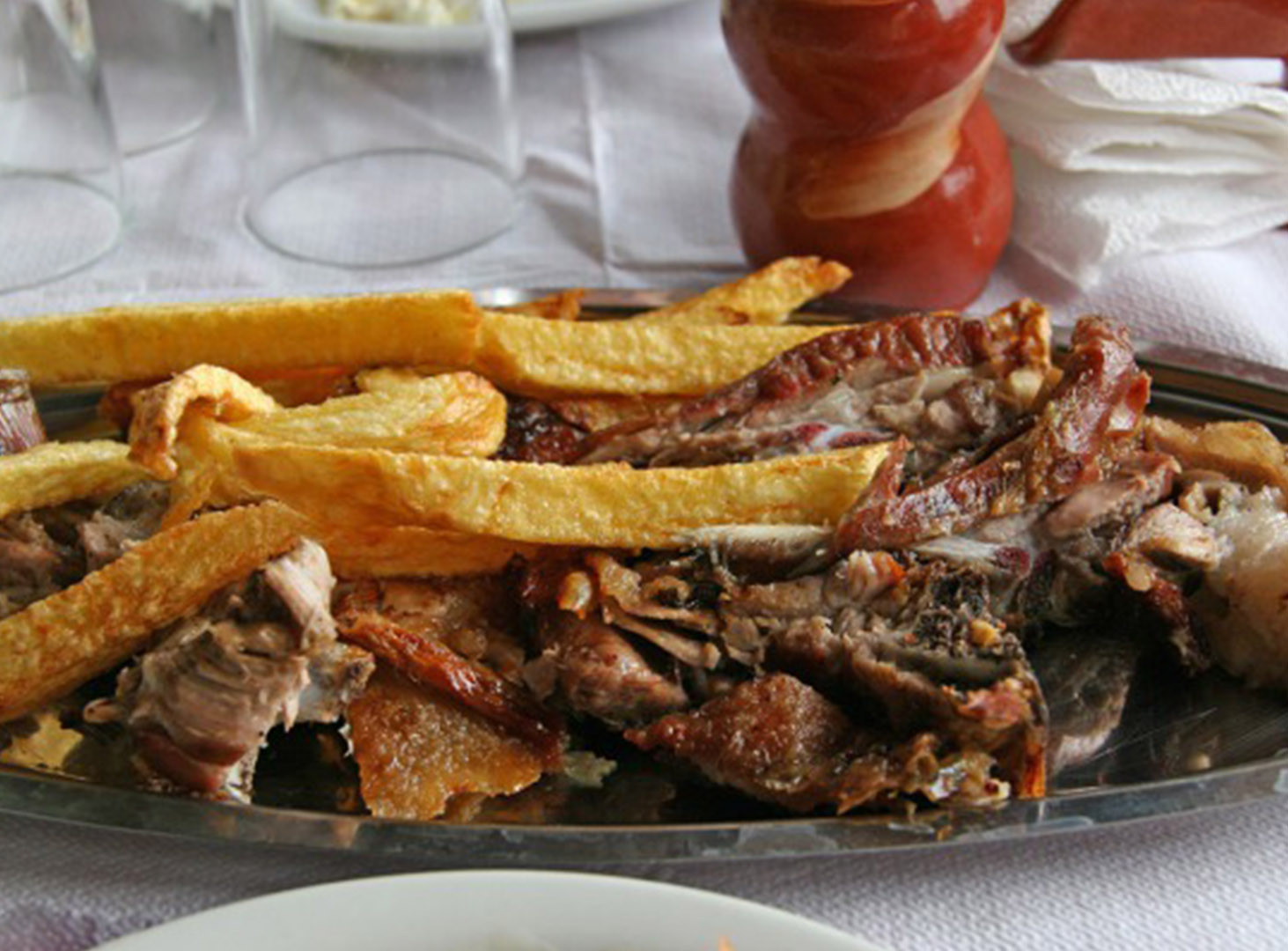 The name and popular history of this dish are worth telling especially.

Translated from Greek kleftiko means “thieves haven”, “thieves place”, “pirate nest”, that is the abode of klephts or can be translated as an adjective “in the style of the klephts.” This word imperceptibly for us entered the Russian language through Latin as kleptomania and kleptocracy. During the period of Ottoman rule in Greece, members of illegal armed organizations were called klephts: somehow it was necessary to make excused to the Ottoman authorities for the illegal actions of compatriots. The klephts appeared during the period of Greek resistance to the Ottoman conquest of Greece as a rest of numerous troops hiding from the invaders in the mountains. They controlled many mountain regions, and since ⁴/₅ of Greece consists of mountains – the Greeks were highlanders, – these were vast sparsely populated territories living in a regime between independence and autonomy. The klephts called proudly themselves palikari (literally “guys”), and the people among them were very different, including lawless ones who were driven out by the inhabitants themselves for crimes done by them in their native places. Every mountain people have such ones. In the Caucasus, they are called abreks, among the Viking-Norman, who were also highlanders, those are called berserkers.

The klephts organized a society around themselves, consisting of hiding from blood feuds or simply freedom-loving people, as well as not finding places in the conditions of the then society forced to cohabit normally with the invaders: it was a must–otherwise the nation couldn’t survive. Their social basis consisted of impoverished peasants, outcasts and runaway criminals. Among them, there were many people who fled to the mountains from taxes, debts and repression. Something like this were at that time the Balkan haidouks and our Don Cossacks. Klephts robbed passing people and isolated settlements. Most of them took part in one form or another in the persisted struggle of the Greeks against the Ottomans. The nature of the country and the system of Turkish governance favored the klephts: the people praised them as heroes and fighters for the liberation of their homeland. Unable to eradicate them, the Turks often concluded agreements with them, paid off tributes and even entrusted with law enforcement in certain areas. In these cases, klephts became armatoloi–border guards, although sometimes they interacted with klephts and robbed the Turks. During the Greek struggle for independence, klephts and armatoloi constituted the nucleus of the Greek military detachments, but already during the war itself and then, with their unwillingness to obey discipline, a tendency to robbery and atrocities, the inability to adapt to peaceful life, klephts did a lot of trouble to all the interim governments of Greece and the word, as in Bulgaria the Haidouks, began to acquire an offensive meaning, which later became fully entrenched in it. 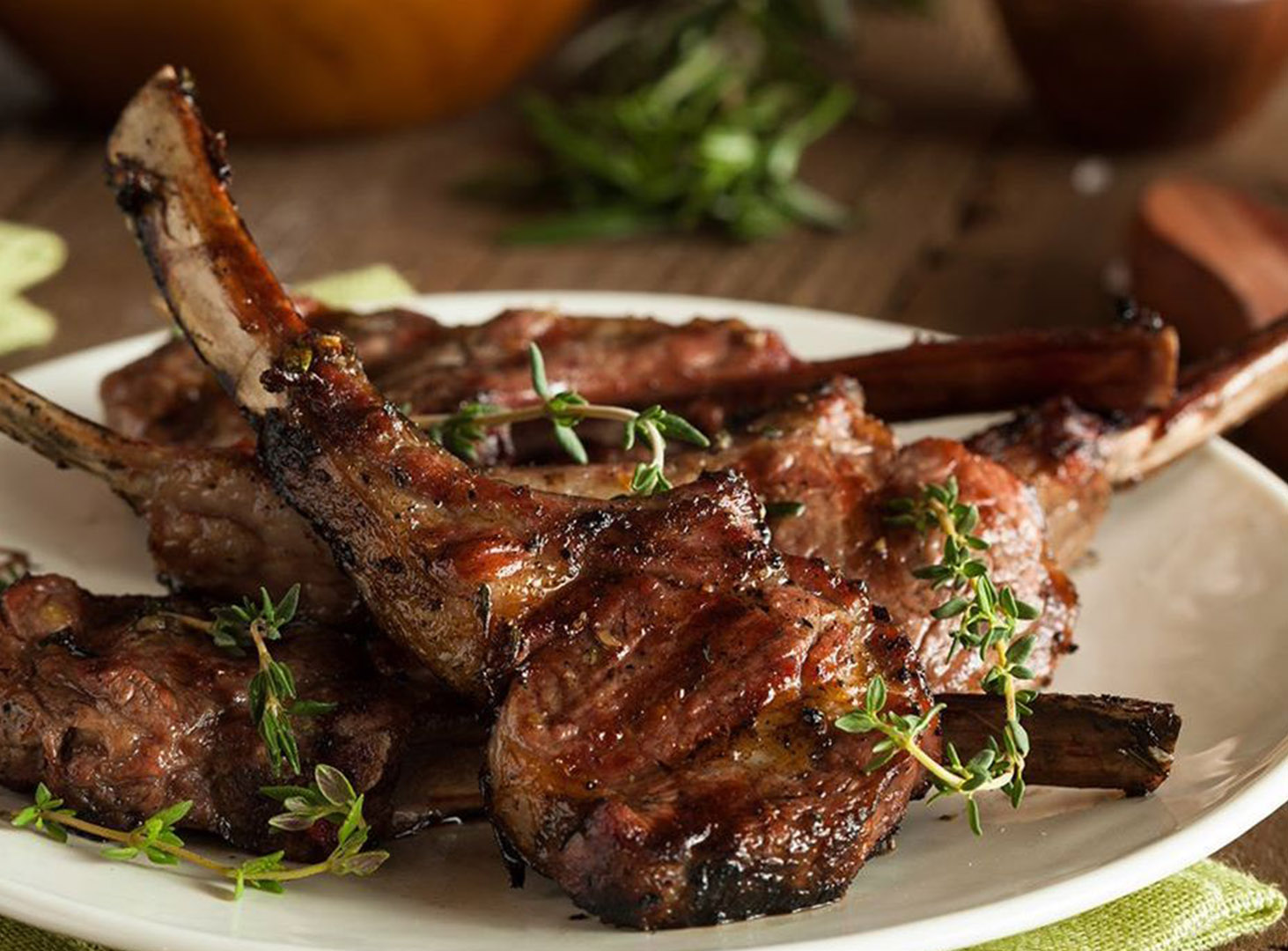 In Cyprus they will tell you about the kleftiko dish a following story.

Once, some hungry shepherds decided to kill a goat of their master and to eat meat. They cut off a part, and buried the rest. In order to hide the traces of their crime, they built a fire on this place and prepared what was cut off. Having reported for the loss, which often happens, they came to that place, dug up the carcass, and when they tried it, they admired the taste. So, there was a recipe for kleftiko in Cypriot style: meat, long baked in a confined space.

There is also a place that is directly called Kleftiko on the southwestern edge of the island of Milos next to Cape Psalida. Rugged coastline, small sandy bays as they were prepared by nature for sea pirates.

It is a matter of taste, but a Cretan lamb is much better. Taste antikristo–this is the name of meat dish prepared in a special way: the oldest known option of baking meat without barbecue and grills, which in ancient times was used by soldiers, shepherds and hunters–in a word, by all kinds of pagans. You may think that it explains this strange name, but according to Mariana Kavroulaki, a food historian, antikristo in this case refers to its original meaning: “opposite”, as in opposite the fire. 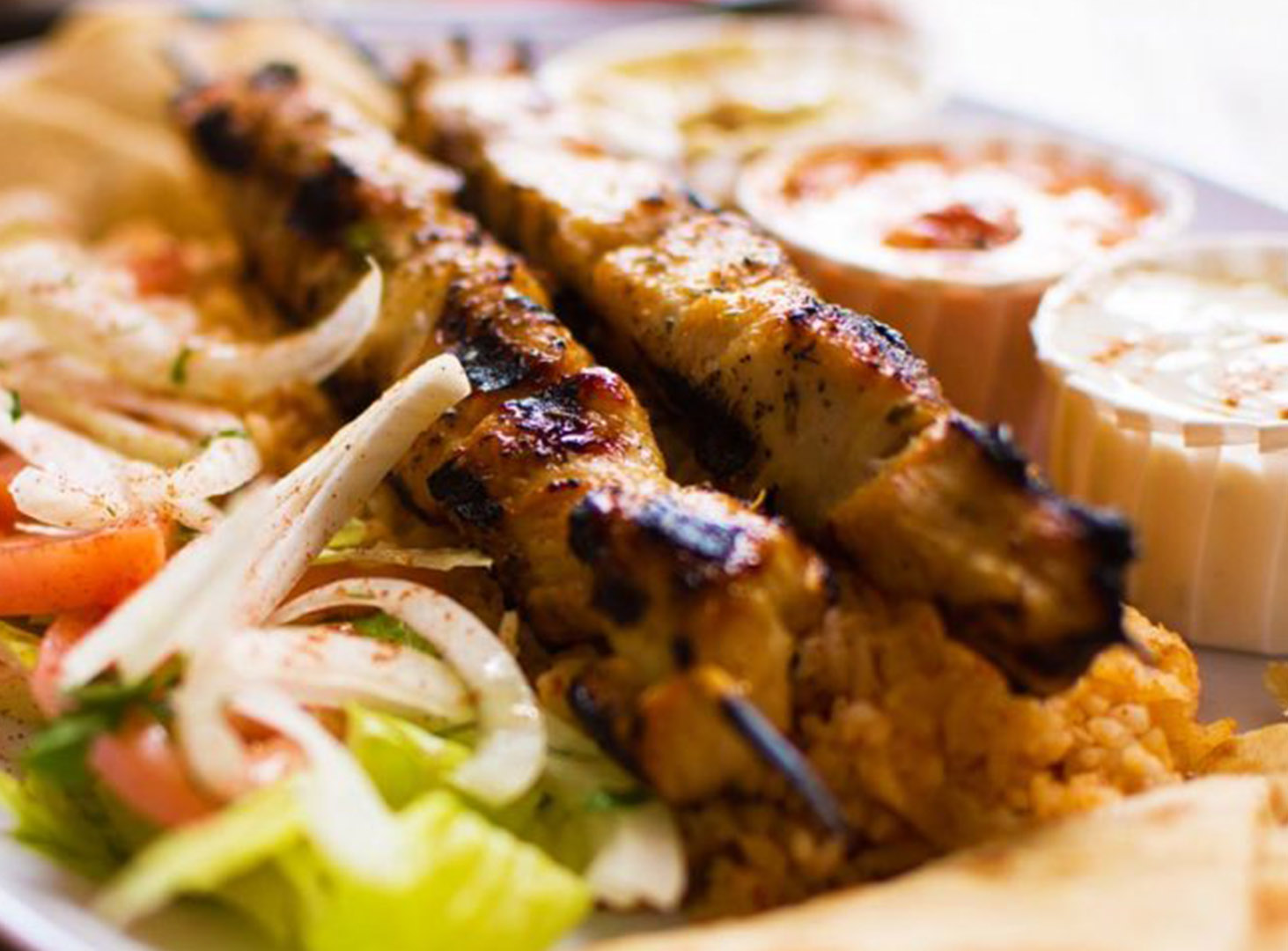 Salted pieces on skewers were cooked on hot coals. During baking, the fat melts and gives the meat an unusual flavor. It turns out to be soft and tender. Despite the technological progress, the Cretans continue to cook their antikristo in a traditional way. The dish can be ordered in many taverns.

Came to Crete and taste all it.