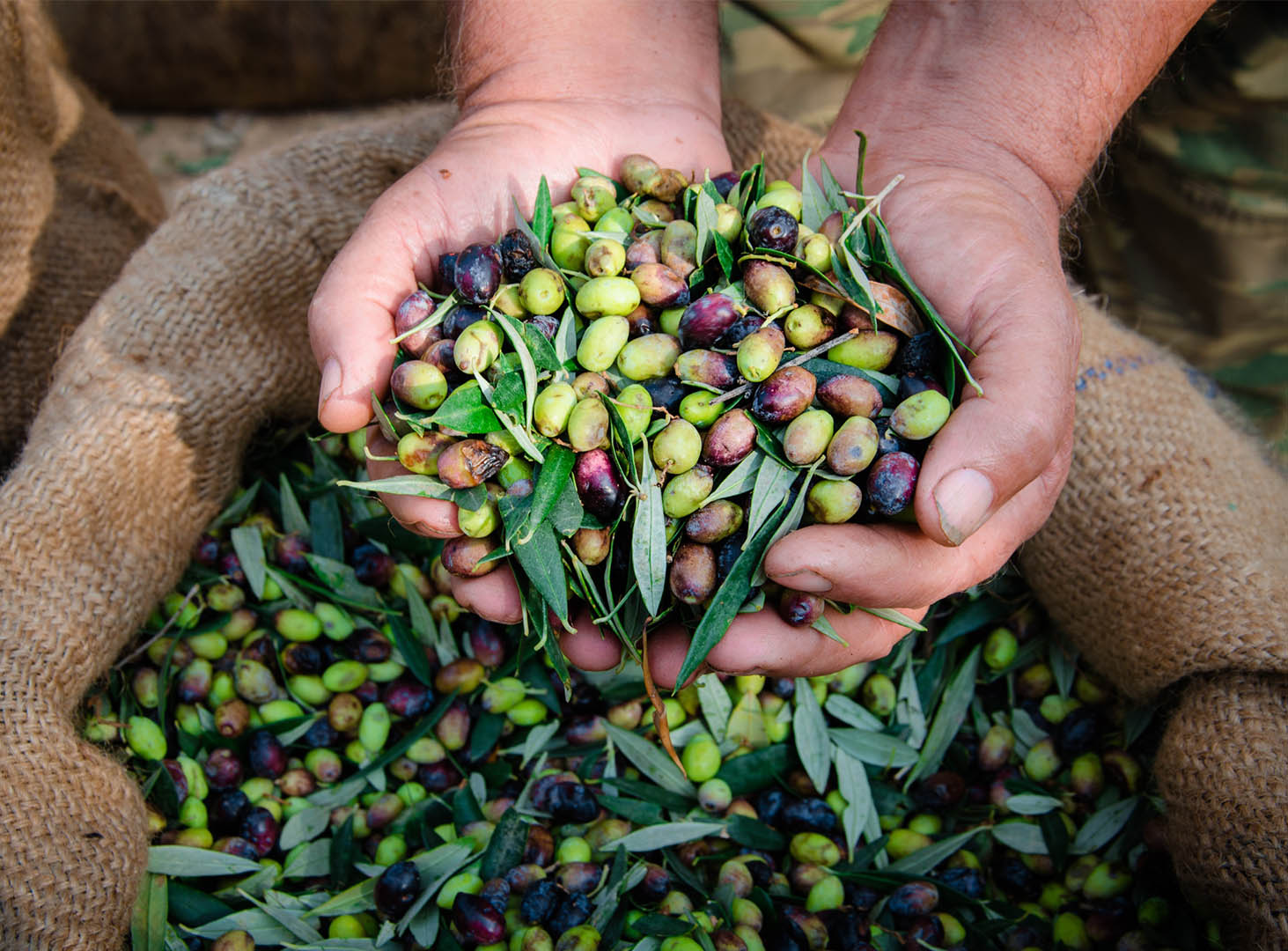 On the calendar is November, on the thermometer—plus 20-23° C; and the Cretans say: “The winter has come—it’s olive harvest season”. The second autumn month is usually dull and gray in Russia and Central Europe. On Crete it has colors of sun and olives.

Olive harvest begins on Crete in October and lasts all winter. Exact time depends on the variety, weather and picker goals.

Every self-respecting Cretan has an allotment with olive trees, or even more than one. In a sunny nice day, families gather “for the field work”. The first step is to spread large net-tents under the trees, where olives will fall, and then slowly take to work.

Until now, harvesting is almost manual labor: olives are torn off, standing on a stepladder, and stacked in a box hanging on the neck, or long stick-rakes are used to “comb” the upper branches. But there is also an “electric rake” connected to the generator, or working on gasoline. Its “tentacles” begin to spin and knock down the olives from the branches. Olive rains pour down—watch out, pickers! “Electric rake” is for men, women pick fruit with their hands from the lower branches. But for all of them it’s quite a hard job. However, the Cretans do it with pleasure—just like their ancestors did it millennia ago, being grateful for the harvest… Then bags filled with olives are loaded into a car and taken to an olive oil mill. 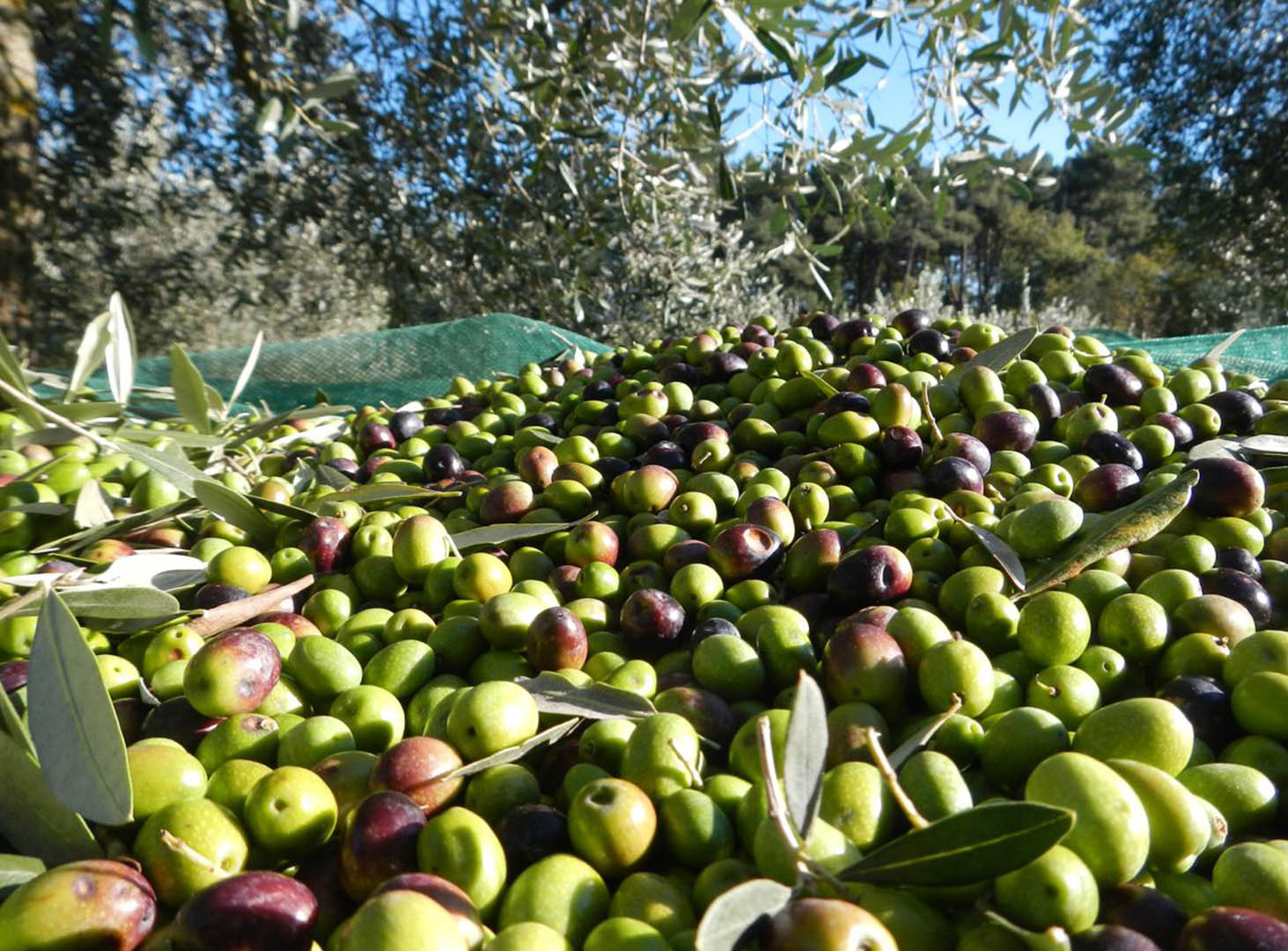 Most often, green olives are harvested this way, which are already ripe enough to make oil or preserves, but some varieties are specially left on the tree longer to get them sun-dried on the branches: they will be canned later. Remained on the trees olives will turn greenish yellow, purple and finally black.

After harvesting, the trees are pruned to prepare for the new season. They are specially left low: firstly, so that sunlight can freely penetrate through the branches, and secondly, to facilitate harvesting.

Tourists who have been fortunate enough to work on olive-picking, assure that at the end of the day the hands stop rising, but “the head is freed from extraneous thoughts and there comes a blissful moment of enlightenment when all problems …cease to exist.” The sun is splashing through the branches, olive rain is falling from the top, and the dry Cretan herbs smell. A little later it is time to take a break: drink wine with the hosts and bite off the bread, dipping it in olive oil of the previous harvest. It’s yummy!

The rich experience of the Cretans in growing olives and producing oil (during more than four millennia!) has had an impact on its quality: Cretan oil is generally of the highest quality. Approximately 90% of the produced olive oils are marketed as first cold pressed without any chemical or other processing. Sweetish, slightly viscous, saturated with sun and joy is Cretan olive oil! 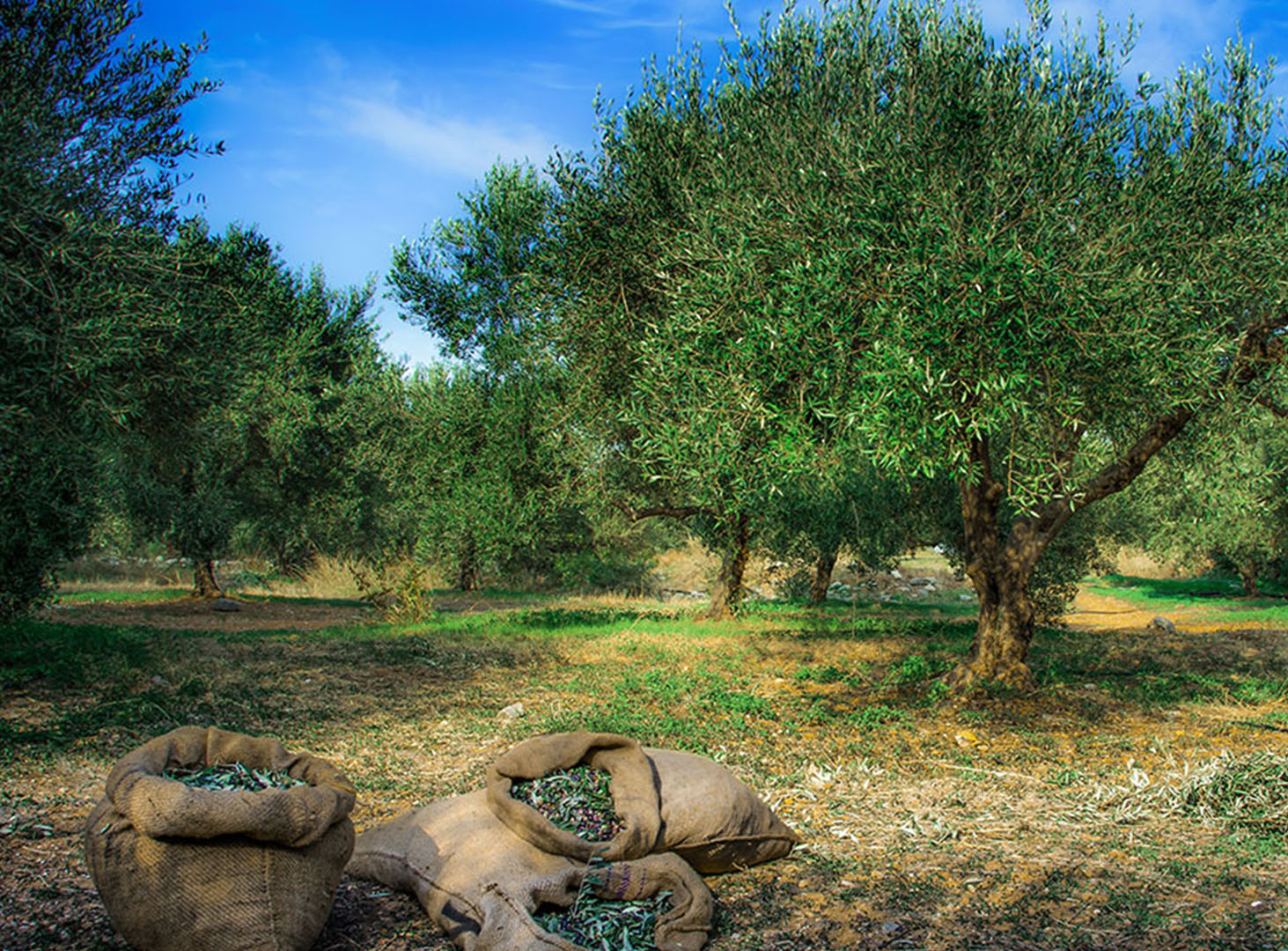 Mediterranean countries are among the largest producers of olive oil in the world. Spain, Italy and Greece occupy the first three places in its production. Greece is distinguished by the fact that it has the highest consumption of olive oil per capita worldwide (about 19 liters).

Spain and Italy, sellers of large volumes of oil are simply forced to purchase raw materials (bulk oil) from other, smaller, supplier countries. If their own oil is more than 25% in the total volume, then the legislation allows them to indicate the name of their state on the label.

It is known that the main source of such raw materials is Greece, where the soil and climate are almost everywhere ideal for growing olives. Only Greece produces the largest percentage of extra virgin oil—80%! The most famous regions are Kalamata, Laconia, Kranidi (Peloponnese) and, of course, the island of Crete. Here, the economy of thousands of Greek families is based on the cultivation of olives. Today more than 30 million olive trees grow in Crete.

Olive oils produced on the island of Crete are characterized by one interesting indicator—acidity. For many other oils, this figure is not indicated. Not because oils do not have acidity, but because they have nothing to boast about in this regard. But Crete prides itself on the fact that their soils make it possible to produce oils from local varieties of olives with a minimum acidity level, starting with 0.1%. The lower the acidity, the more valuable is the oil. For this reason, packaged oil from Crete is not cheap (well, if it is just without specifying acidity, i.e. uninteresting by this criterion, then oil is not considered an extra-class product—the latter is common on Crete,—and it is cheaper).