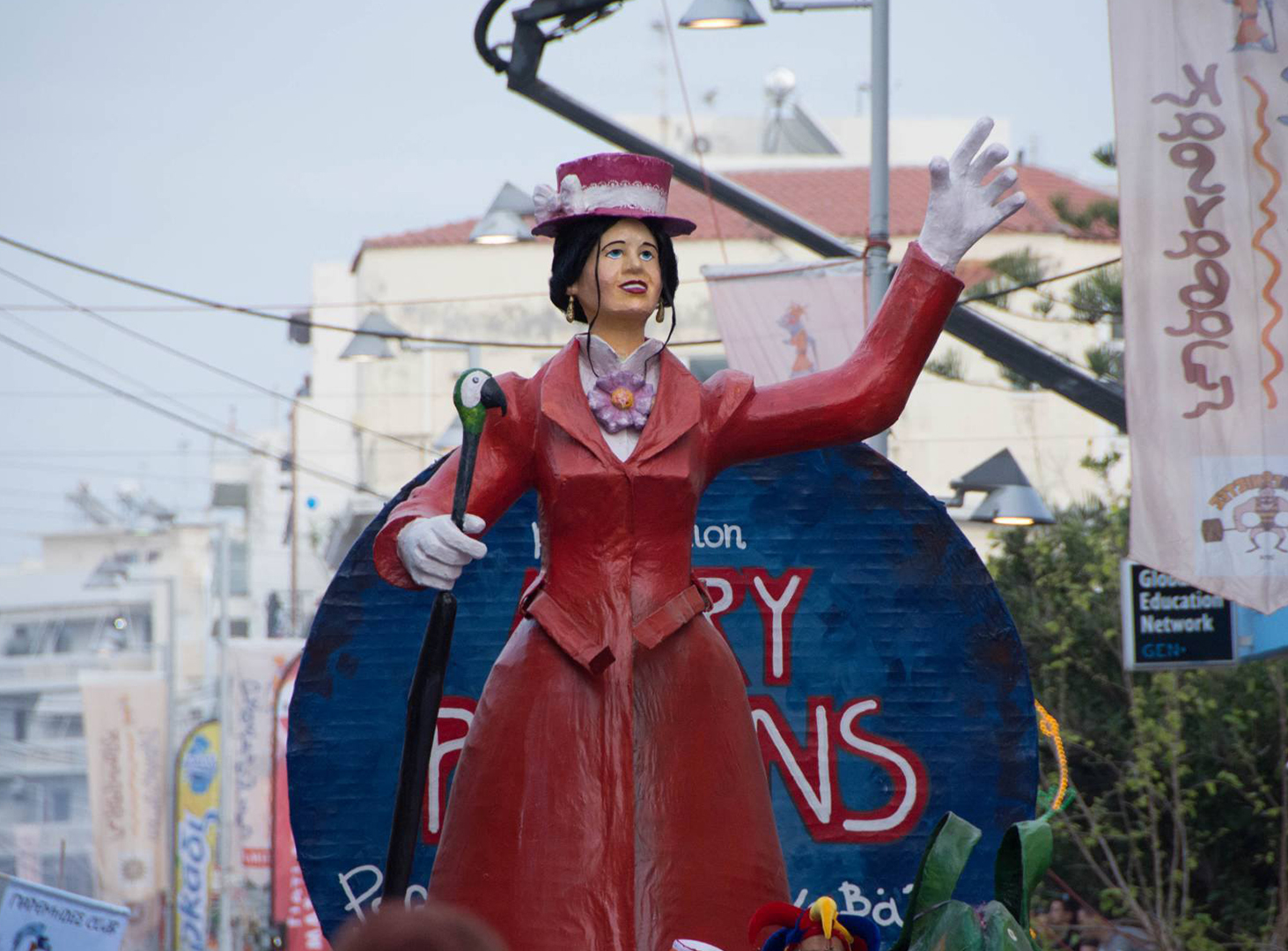 Happy is a tourist arriving in Cretan Rethymnon in February or March. At this time, for the whole three weeks before Lent, the city becomes one carnival site. This year the carnival festivities will last from mid-February to 10 March.

What is it, the carnival in Rethymno? They say this is the best time to know the Greeks: so recklessly, easily and with humor they are including in a common mystery. If you want, you can also join this holiday, participate in master classes and in a bike ride, in “dancing teams” and “treasure hunting”, listen to performances of street musicians, and of the Cretan choir. All you need is to invent a costume for yourself or buy it in a store: you can participate it in your usual clothes, but it is more fun to be fancy dressed! As sun as you go out–the action catches you up and fills with such impressions that you will remember …not your whole life, but until the next carnival, because every year this analogue of Russian Shrovetide festivities is something special. 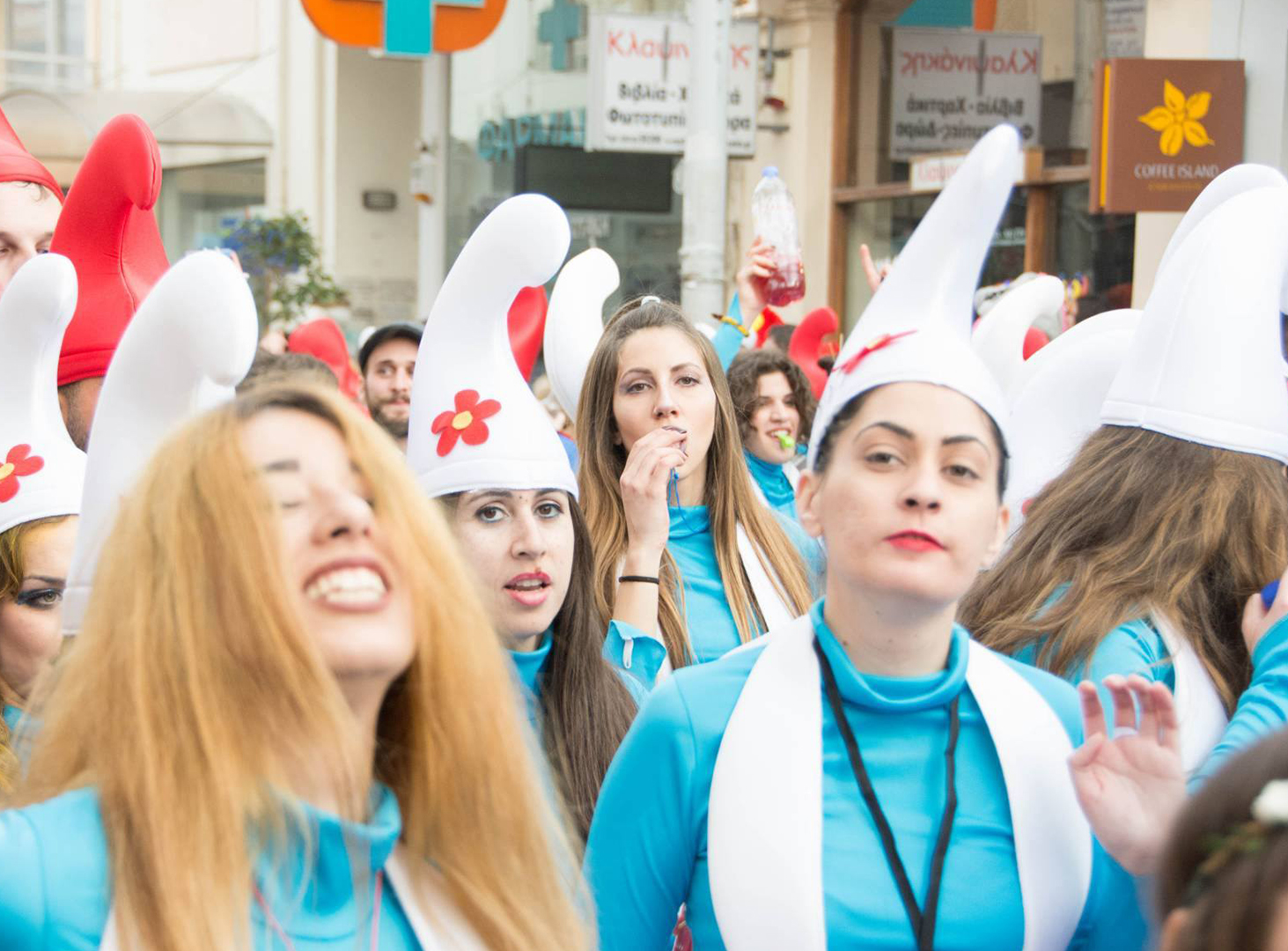 Pagan and Christian traditions, all the colors of Crete and many of them of Italy are fantastically intertwined in the carnival actions. On the one hand, these are the festivities before Lent, on the other, the riot of colors, music, and emotions are typically for Venetian carnivals. Why Venetian? From XIII to XVII century, Crete was ruled by Doge. It affected the architecture of Rethymnon and in general the culture of the island, which absorbed the most joyful customs of these foreigners. So, the carnival fits perfectly into the Venetian style of the city, as if it existed here since the time of the Doge’s rule (although it has been held “only” since 1914). Do you remember, for example, what serenades the Italians sing under the balconies of their loved ones? Cretan “serenade” lasts four hours at the carnival in Rethymnon: this is the famous “Kantada”, during which carnival music groups are walking through the streets singing and singing, filling every corner of the old city with wonderful melodies. At this holiday there are no strangers, no sad and no lonely. You can’t believe it? Then read an eyewitness comment:

“… Everything is easy, fun and almost kindred. Moreover, not only young people participate in the processions, but also adults as well as serious people and even small children. Smaller is better! Humor at the carnival is everywhere, starting with design of street platforms and costumes of participants and ending with communication with the audience: offers to dance, take pictures or even drink. The offers are for everyone, including representatives of the rule of law!

Whistling, noise and crash is another integral part of the carnival: someone will even play a vuvuzela right in your ears–a usual holiday joke. All the dancing teams go to the city after their performance. There is an alcohol flowing there, music rattles near each tavern, but much louder, and people in carnival costumes mix with the crowd embracing on related grounds with their competitors or just from the heart; and so on until the night, when the street platforms are burned on the seashore, and … A REAL DISCO-PARTY BEGINS LASTING UNTIL NEXT MORNING!” 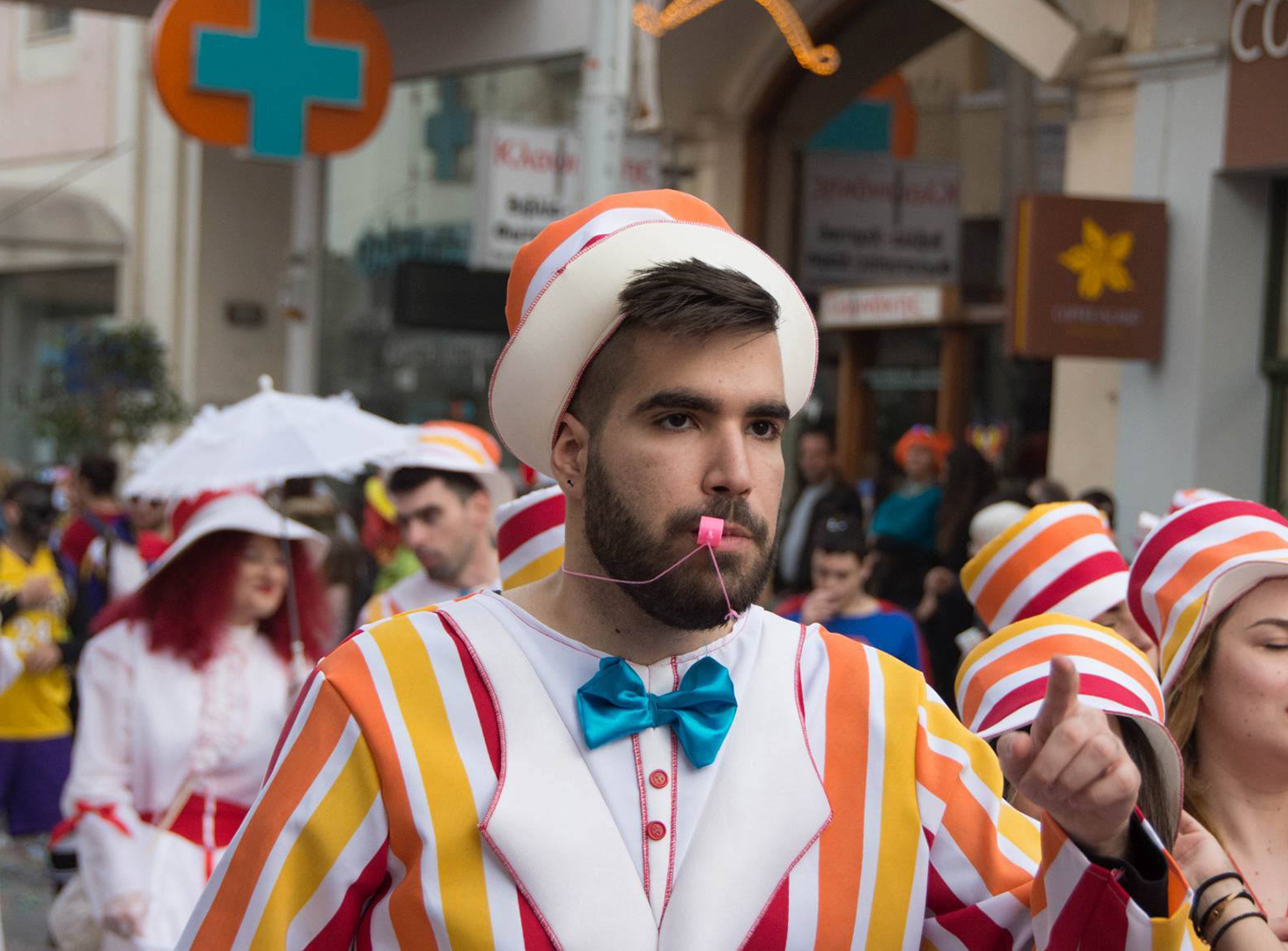 Although the carnival lasts three weeks, the most important events take place in the last four days. This time, the Night Parade, Grand Parade and the burning of Carnival King take place. The culmination can be called the Grand Parade, when more than 15,000 participants march through the streets of Rethymnon; and the ending is the burning of the Carnival King on the night before Clean Monday. However, even after that, it will be early to hide the masks: a whole galaxy of even smaller but no less colorful events will begin in the villages around the city. 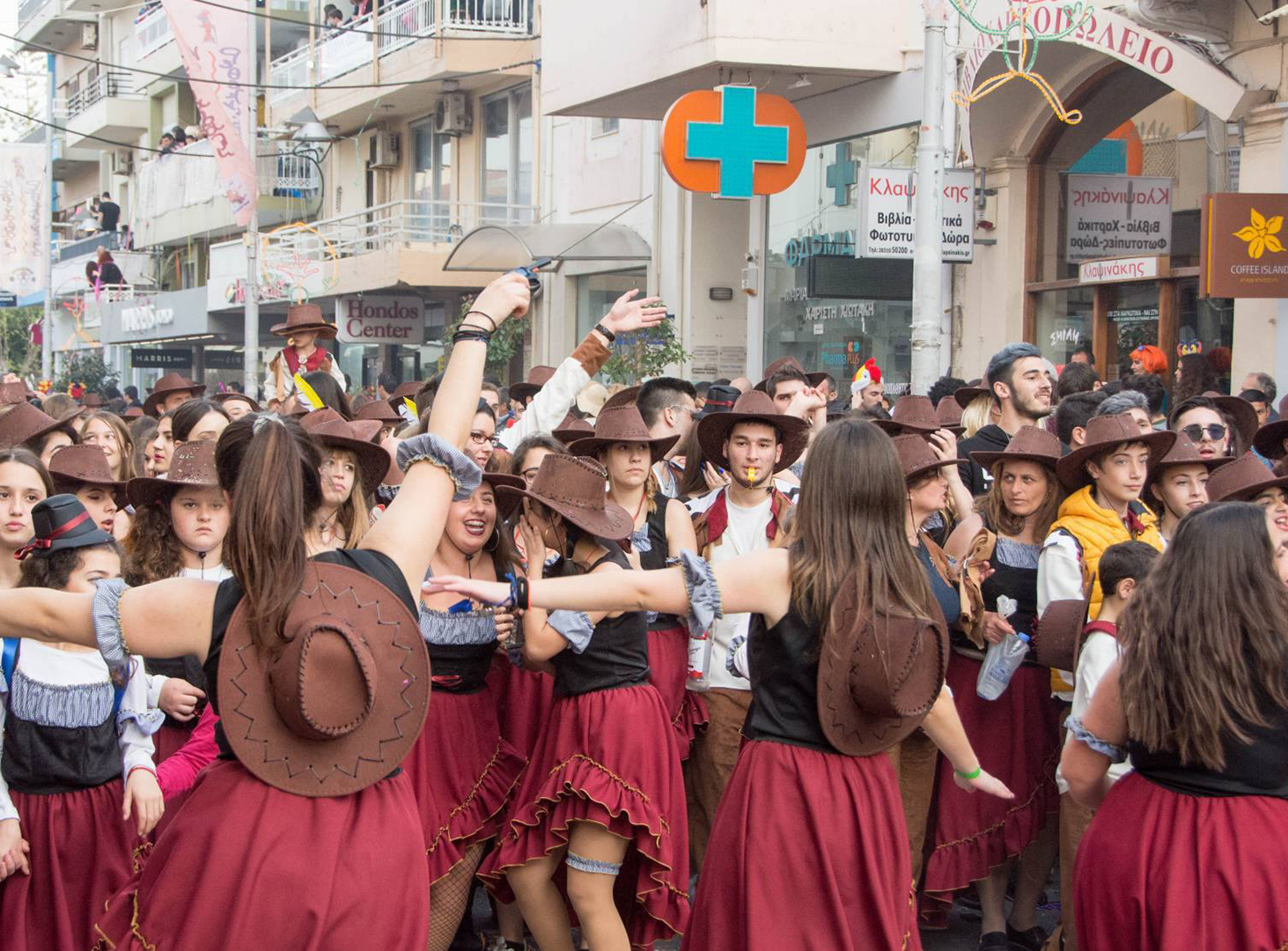 Guests wishing to visit the Carnival in any of the cities are advised to take care of the reservation of hotels and air tickets in advance, as it will not be easy to do it on the Carnival days.

It is easy to get to Rethymnon by bus or taxi from Heraklion and Chania, where planes fly regularly.

Look at the calendar of carnivals in Greece.