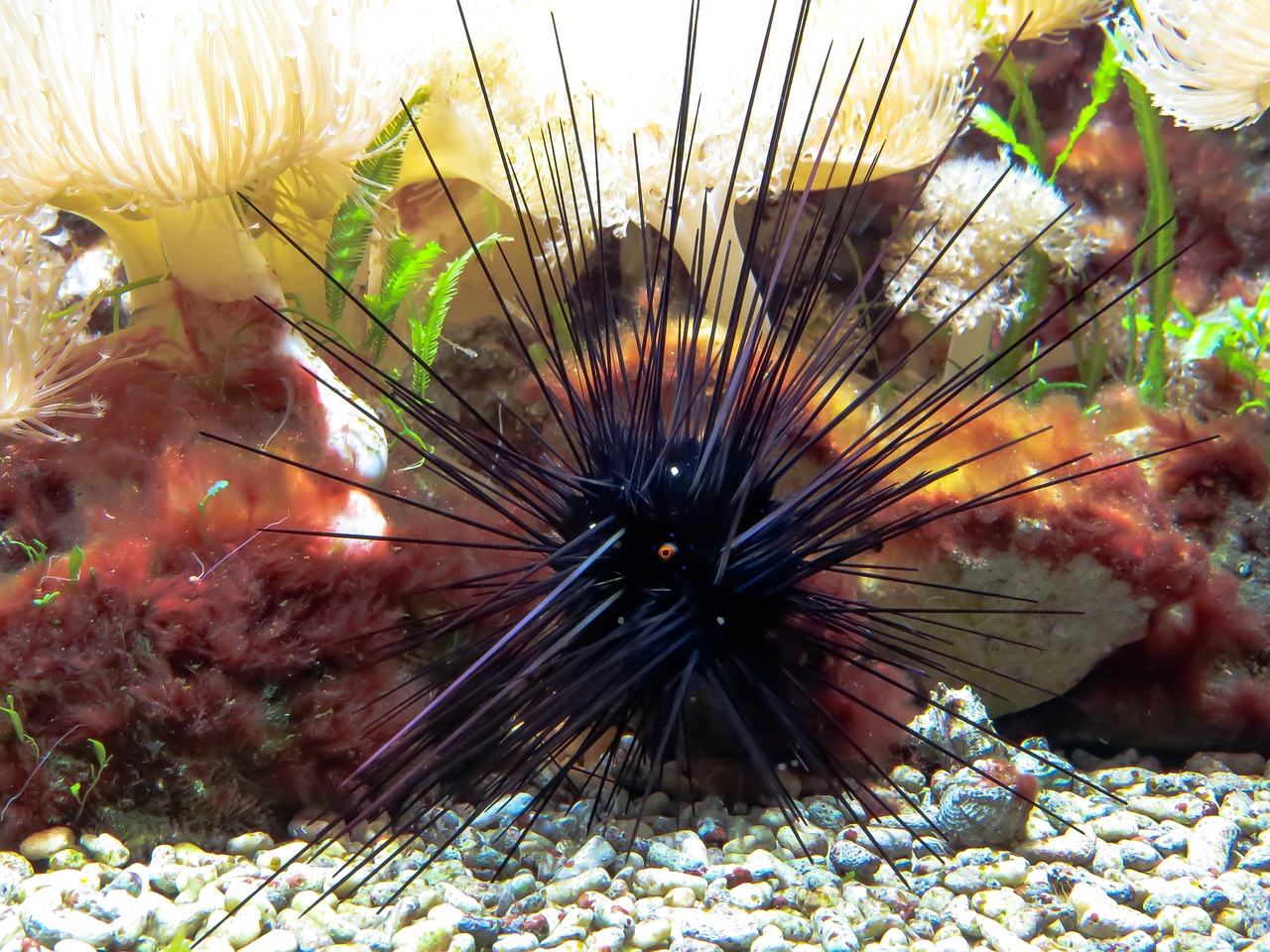 Of course, you now that on the island of Crete, which is the most “peaceful” in terms of fauna, there is one danger that you can face on rocky beaches – sea urchins. They usually settle in “families” on coastal rocks or at the bottom. Nature has provided the delicate bodies of these small creatures with sharp needles and shells. “Don’t touch me,” the prickly creature warns. “Otherwise it will be bad!” As soon as the foot of an unwary bather touches a marine inhabitant, its needles instantly dig into the skin… They say that they pierce even the fins. Only special aqua slippers with thick soles save.

If, after all, the needles have dug into your leg, it is best to see a doctor; and if for some reason this is not possible, you should buy special tweezers for pulling out needles and a special ointment at a pharmacy. Before you start removing the thorns, it is advised to hold your leg in hot water, to heat it well. After this procedure, you need to lubricate the wounds regularly with an antiseptic.

On one of the Greek sites, there was recently information that sea urchins of the species Diadema setosum from the Indian Ocean began to be found off the coast of Crete. These species are notorious for their needles reaching 30 cm in length. Their needles are very mobile, instantly react to any touch, sometimes folding several pieces together to protect the “owner” from enemy. On their thin tips, there are small thorns, because of which it is not easy to pull this needle out of the victim’s body; and a poisonous secretion is added to the broken tip, which is released during an injection. So… it is better to stay away from “diadems”, although scientists call them harmless to humans. 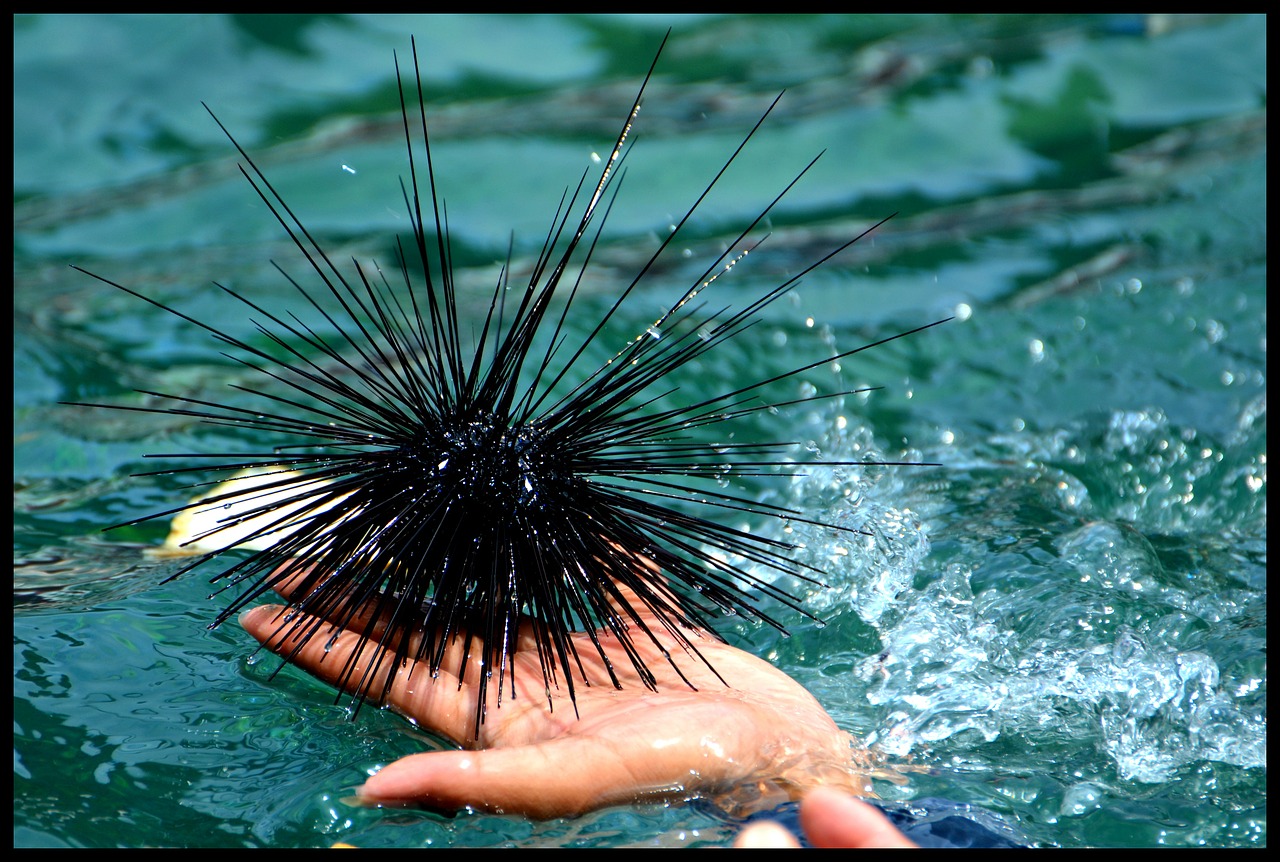 It is possible to identify black Diadema setosum by five white dots on its body and one red one around… the anus, or, more simply, on the sea urchin’s butt. Judging by the photographs, the bully sea urchin turns to the audience with this particular part of the body (the mouth of this sea urchin is directed downward). 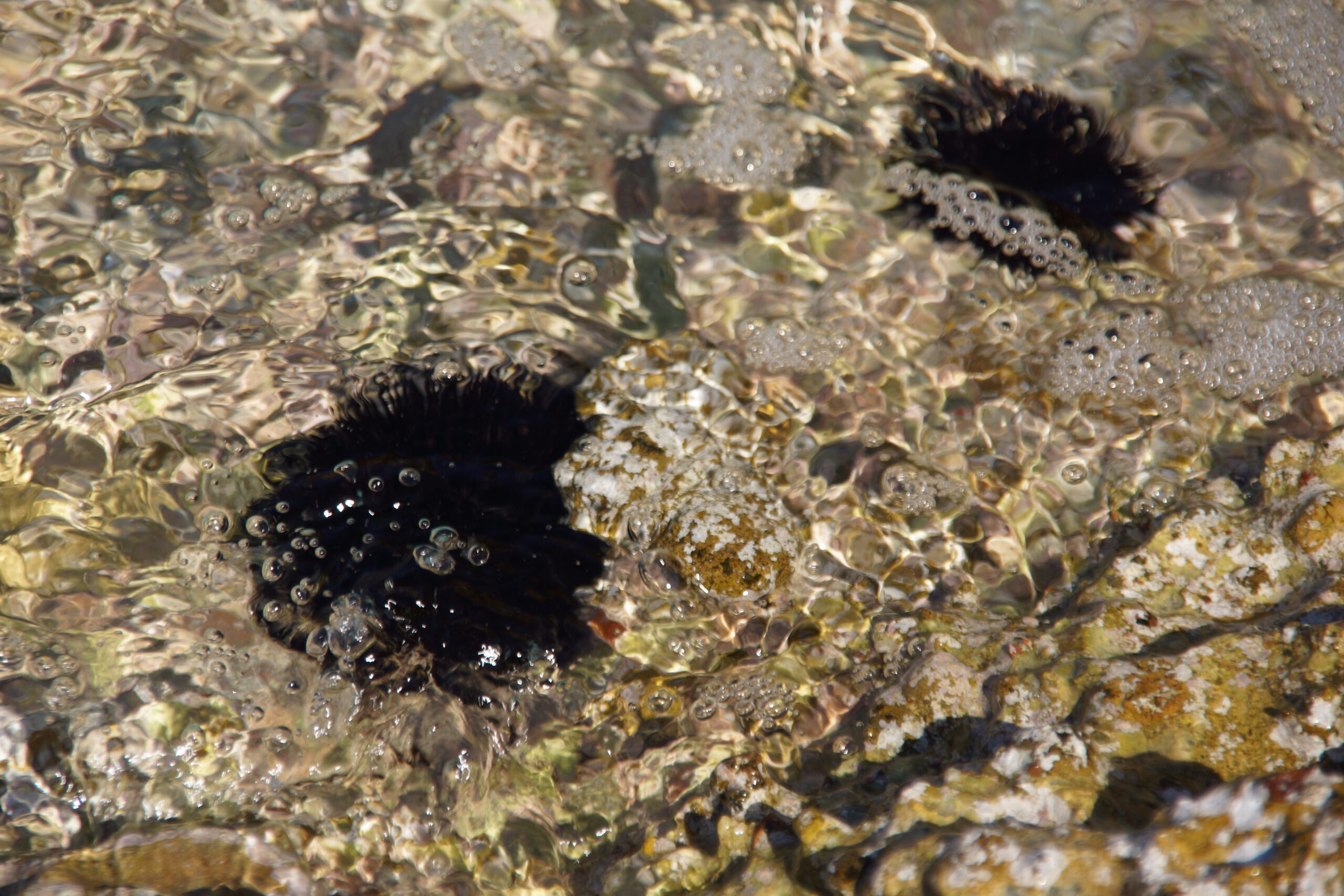 In fact, all dangerous biological tools of the sea urchins are exclusively for self-defense. These thorny creatures sit on pebbles, do not bother anyone, feed on algae, cleaning the seabed and thereby bringing considerable benefit. They are also edible. Their meat, caviar, milt, entrails and even juice are eaten. They are said to be full of beneficial trace minerals and omega-3 fatty acids. So if in a Greek tavern you are offered “achinosalata”, that is, sea urchin salad, – do not refuse!

In recent decades, the uncontrolled fishing of sea urchins forced the state to take measures to protect them, since the urchin is a natural seabed cleaner and its absence (or even its limited presence) disrupts the balance of the ecosystem.

So enjoy your “achinosalata”, watch sea urchins through the water, but be careful on the rocky beaches. And remember: the main principle of communicating with potentially dangerous (as well as unfamiliar) creatures is not to disturb them. They have their own life, in which they can respond with aggression to any of your actions regarding them as a threat.