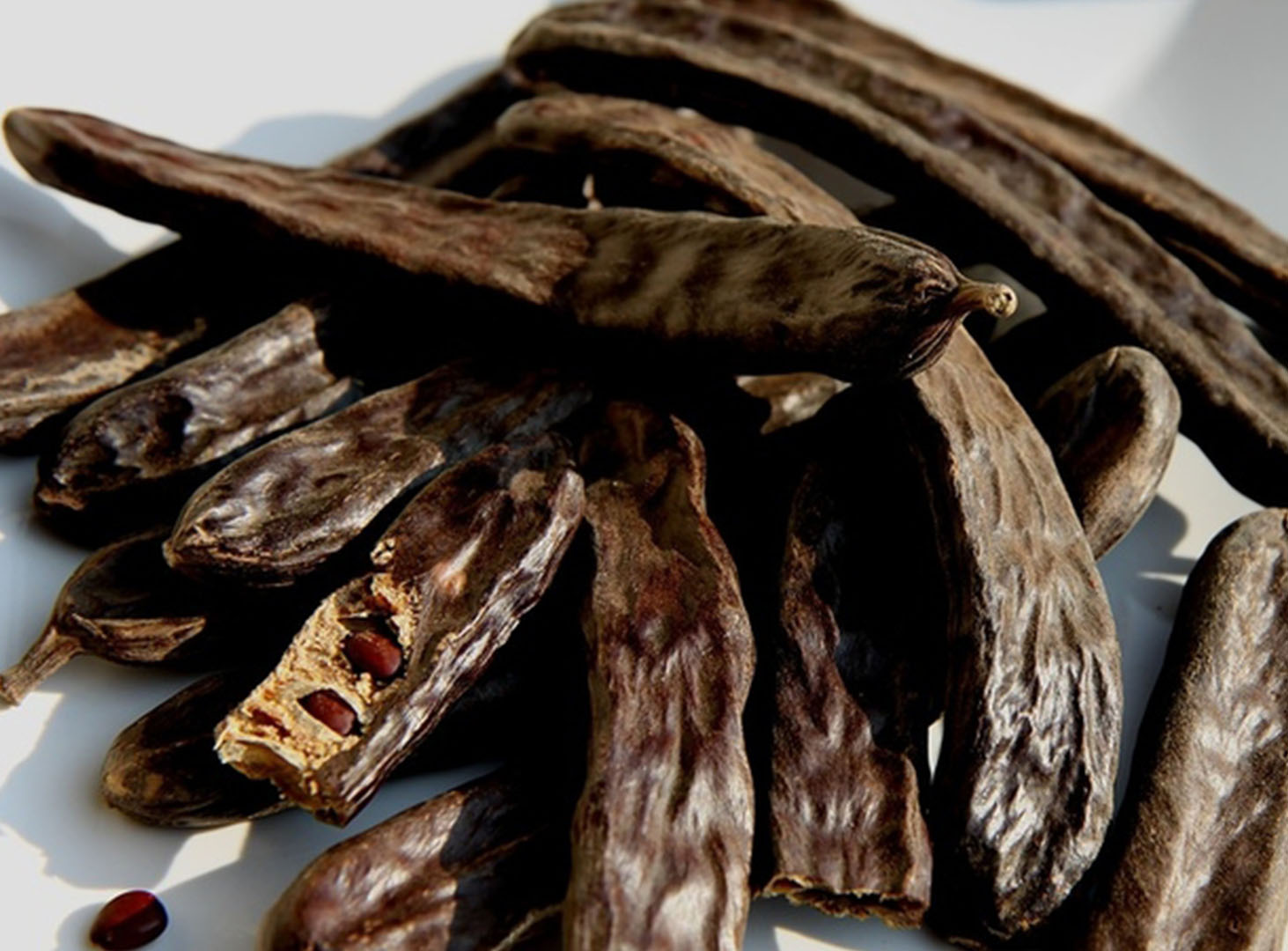 Carob tree is very popular for many centuries in the Middle East and forgotten in recent decades, but now it is regaining popularity as a source of healthy food.

The fruit of the carob tree is used by man since ancient times. The Greek philosopher Theophrastus (c. 371–287 BC), one of the founders of the botany and plant geography, wrote that in Greece the carob tree was called “Egyptian fig”. The ancient Egyptian name of the carob fruit is mentioned on ceramic vessels found in one of the tombs of the Saqqara necropolis belonging to the first dynasty (3100-2890 BC) of Egyptian pharaohs.

Carob is a product derived from locust bean fruit (powder extracted from a dried locust bean pod). It is considered a substitute for chocolate and cocoa beans, because it tastes like cocoa. It is known that John the Baptist fed on the fruits of the carob tree when he was in the desert, so carob is sometimes called the “bread of John.” In Russia, the carob fruit was called the “Tsaregrad (it means Constantinople) pod» and, as an “advertising move”, “royal candy”. “Sometimes this tree is called chocolate or jewelry. In cultivation areas,” Tsaregrad horns “, as a rule, were used as fodder for cattle and only the poor occasionally used them.

This culture has long been known in Mediterranean countries: small 33 feet trees from the legume family resemble white acacia in appearance. However, its evergreen wide crown is denser than that of acacia. Its flowers are small, inconspicuous. Brown fruits, beans, are the said “Tsaregrad pods” or “sweet horns”. Harvests of these trees give regular up to 440 pounds of fruit annually.

Russia imported these horns for 400 thousand rubles in gold annually, and the income from their sale was of undetermined value: in the case of unsatisfactory sales of “Tsaregrad pods”, enterprising merchants squeezed the juice out of them and sold it as syrup or distilled into alcohol, the remaining pulp was processed into a coffee substitute.

On Crete, this tree is called “harupya” (in Greek). In Mediterranean culture, the carob tree is revered as sacred. What is it famous for?

The presence of calcium (24.3%) makes Carob a valuable product for those who have problems with bones, and, namely, people with the disease osteoporosis caused by a lack of calcium in the bones. 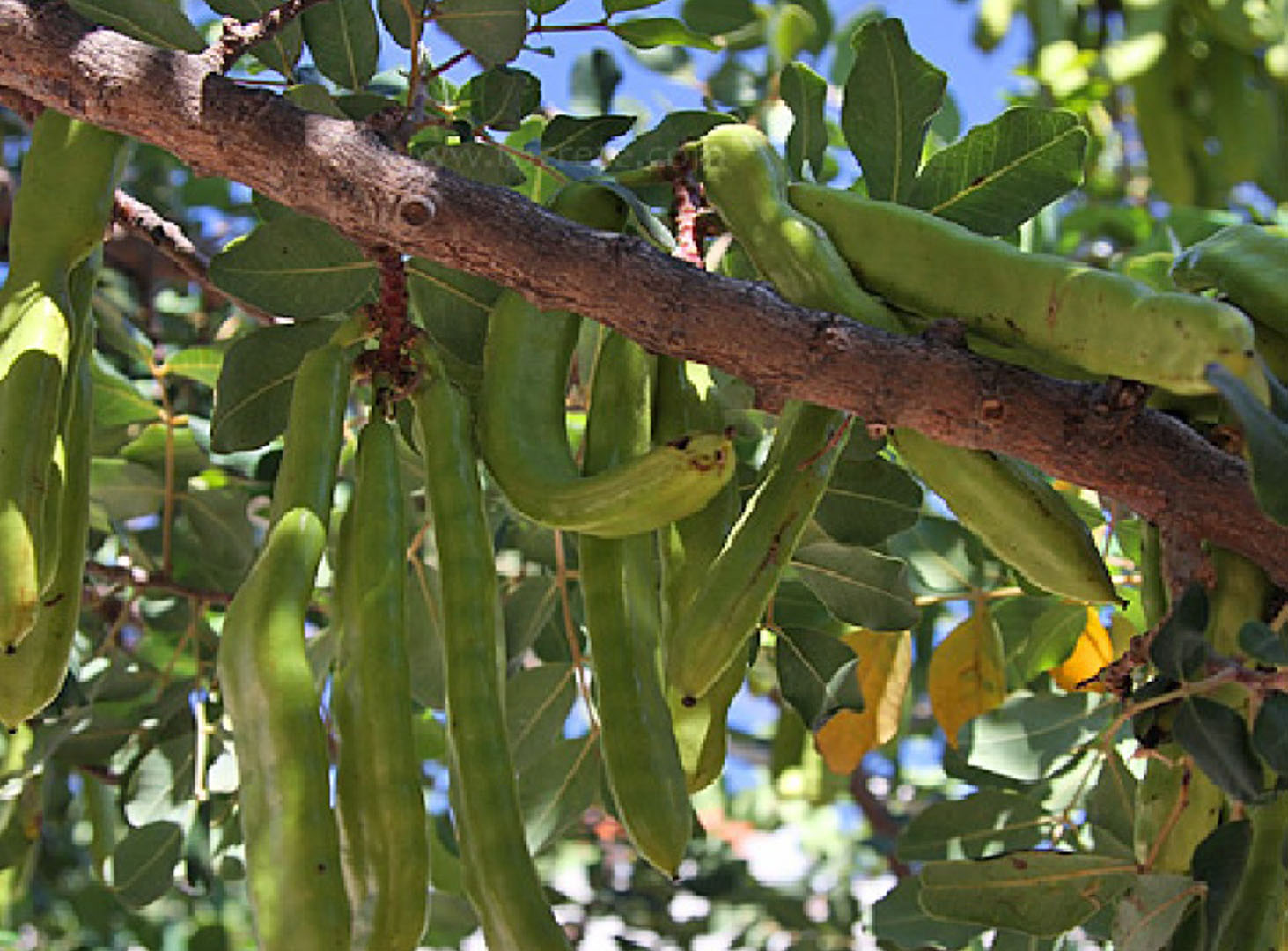 Carob was forgotten in Greece since the days of the Roman Empire, but has been reborn on the island of Crete in recent years. The founder of the Creta Carob Company, Elias Manousakas, says that “the carob tree is the lost treasure of Crete.” Less known in Greece at present, carob fruits are widely used in other European countries.

Elias Manousakas is currently engaged in the cultivation and processing of the carob fruit in the village of Argyroupoli in the Rethymno region. Using his knowledge, accumulated over many years, and capital, he painstakingly created, and then patented his technique of processing carob beans.

This happened from 2006 to 2008, and in 2011 the company began its full-scale work. Since then, Mr. Manousakas never ceases to look in his company Creta Carob for all new products that can be made on the basis of the carob tree’s very nutritious fruits.

Creta Carob’s innovative and useful products, such as juices, coffee, cocoa, flour, etc., require tremendous efforts and high production costs. The processing of the carob fruit is time consuming, since it takes 12 years for the tree to start producing fruit. 95% of the raw materials processed at Creta Carob were obtained from Cretan carob trees and only a small amount comes from Peloponnese.

Until recently, the company was a monopolist in Greece for the processing of carob fruits, but there were already followers who began to produce similar products, mainly flour. 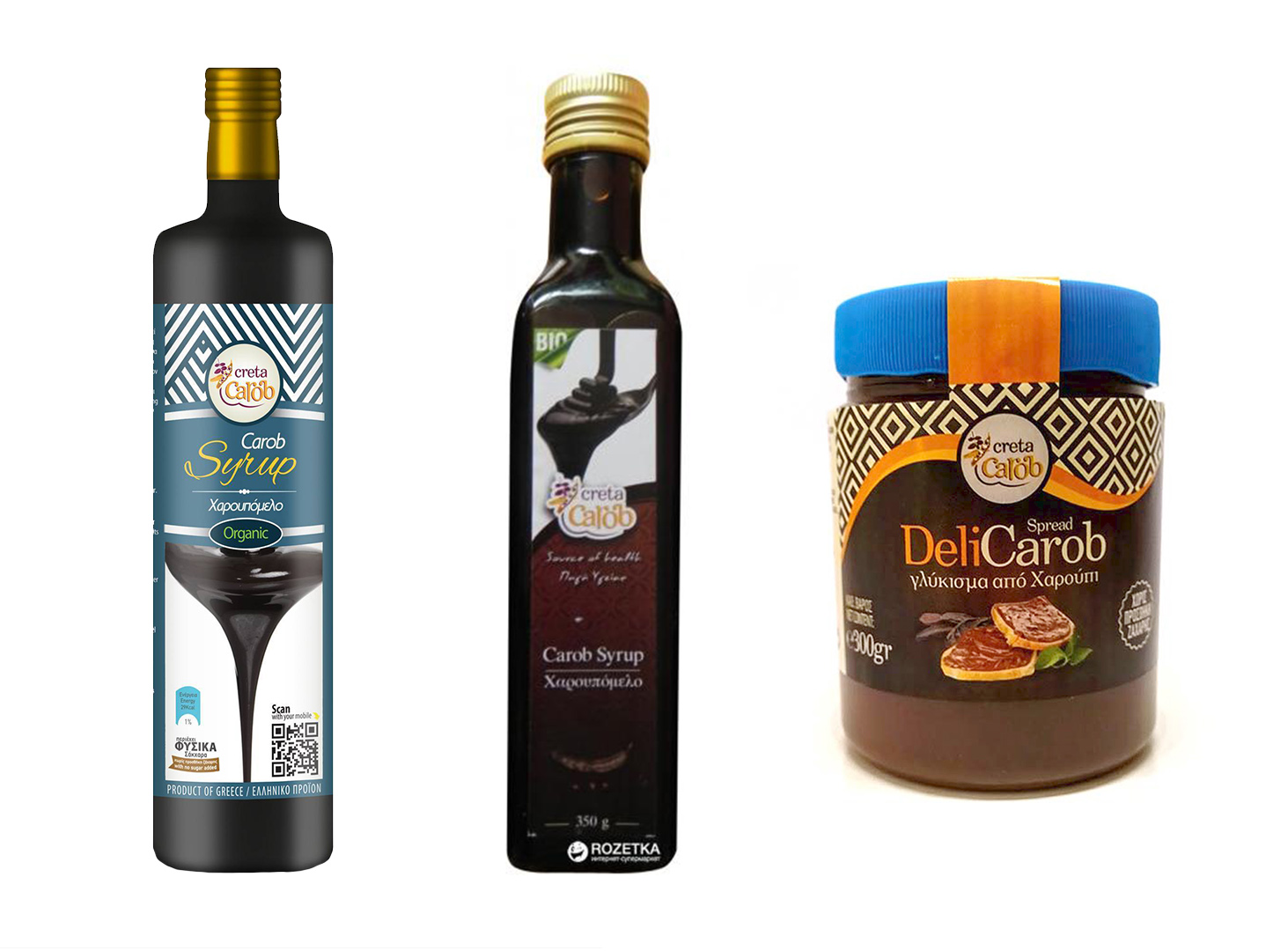 Carob is a Mediterranean evergreen bean plant. The scientific name of the genus comes from the Greek κεράτιον (serátiοn), κέρας (ceras) that means “horn”. Species epithet comes from the Latin siliqua word, means “pod”, “bean”. When broken, the dry pod has the smell of yeast. The term karat (meaning weight measure) also comes from the same Greek κεράτιον (serátiοn). In the time of the Roman Empire, solid flat brown seeds of the carob tree (lat. Siliqua graeca) were used in the Roman weight system as a measure of mass equal to about 0.19-0.2 grams. The fruits are distinguished by their hardness and constancy of the mass, which was the reason for the use of seeds in antiquity as a measure of weight, from which came the measure of carat. The Roman gold coin solidus, struck on orders from Emperor Constantine I in 312, weighed as much as 24 carob seed, therefore 24-karat gold means “pure gold”.

On Crete, carob trees grow on dry soil and like a dry climate, so that it does not suffer from many diseases. In addition, neither in the root system, nor in the bark and nor in the crown fruit pests will be infest. For some reason, sweet pods scare off parasites; therefore, the trees are not sprayed with chemical fertilizers on Crete.

The tree grows 5,5-13 yards high and lives up to 300 years. Unripe fruits of green, they collect in August—mid September, when the fruits darken.

The brown beans are still closed, about 10–25 cm long, 2–4 cm wide and 0.5–1 cm thick. In addition to seeds, they contain juicy, sweet pulp (with about 50% of sugar). All pods are used for food, except for seeds: powder and syrup are made from pods.

Beans are used for baking, as a cocoa substitute, as a delicacy (in Egypt), for a refreshing drink, for making compotes and liqueurs (in Turkey, Malta, Portugal, Spain, Sicily) and in medicine: as components of various drugs mainly used by coughing, for a cold, to strengthen the immune system, and for gastrointestinal distress.

Carob trees saved many of Cretans during World War II. Locust bean is especially nutritious due to its high calcium and sugar content (approximately 30–40 percent of its total weight). Flour from these fruits was used to make bread, biscuits and crackers. When boiling fruit get syrup, which is also a rich source of carbohydrates, calcium and iron. By the way, its syrup has three times more calcium than milk.

The tree is unpretentious. It is easy to grow, as it does not require a lot of water and can survive long periods of drought.

Crete has the most extensive natural forests of carob trees in the southeastern part of the Mediterranean. On Crete is also the largest natural grove of these trees in Europe—Tris Ekklisies (Three Churches): it is a small isolated coastal village located 40 mi south of Heraklion in the center of the wild and inhospitable landscape of the Asterousia Mountains. Behind a large hill to the west of the village, there is a unique beach with fine sand, completely isolated and surrounded by o lot of carob trees.

“Respect and love for the carob are deeply rooted in the minds of the Cretan people,” says Korina Miliaraki, president of the Cretan Union of Agrotourism. She is currently leading a campaign to include the carob tree on the List of Intangible Cultural Heritage of Humanity.

The time is ripe to register the carob tree as a Cretan symbol of cultural heritage. More producers on the island developed carob-based products. Export prices are high, as the nutritional value and benefits of these products have made them one of the most fashionable super-foods in the world.

The procedure of including the Cretan carob trees in the UNESCO lists continues. Until now, the only Greek product on the UNESCO list is mastic resin from the eastern Aegean island of Chios. “If we all make it together, we will not only keep this tree, but can also demonstrate its value,” says Miliaraki.

Carob fruit is a real treasure. There are practically no contraindications to the use of Carob, syrup and gum. Only individual intolerance cannot be excluded. If you are trying this plant product for the first time, start with small portions awaiting reaction of your body to this new dish.

We recommend it to try on Crete!