Skip to content
TheNewCrete > Kitchen > Bread, honey, cheese–and you are at once on Olympus 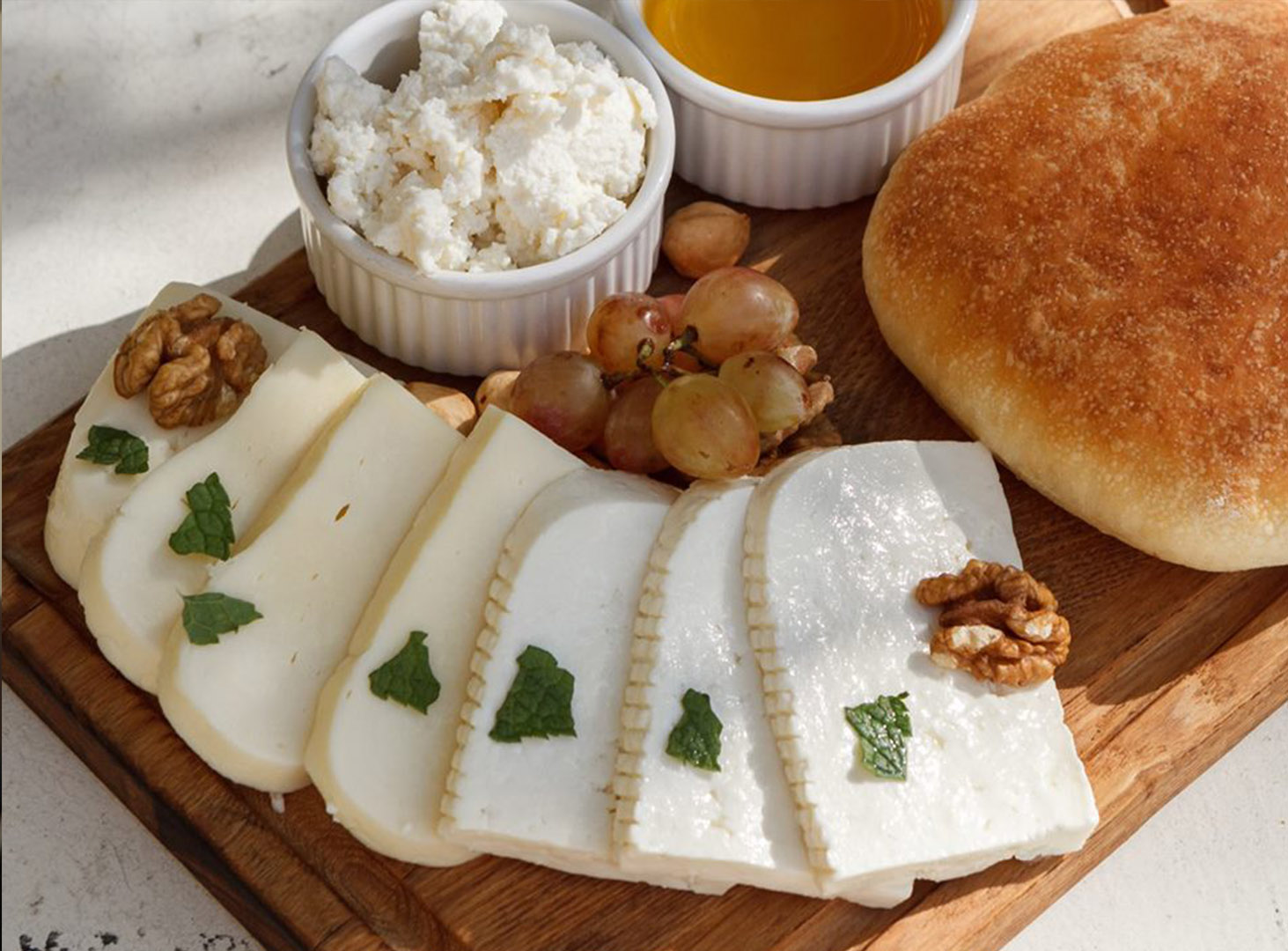 Getting to know the Greek feta cheese can start like this…

You wake up in the morning in a room with whitewashed walls and wooden lattice shutters on the windows. Barefoot on the cool floor you go out on the balcony–and there it is, the sea! And yet the sky, the sun, it is not yet hot, so you should hurry! Slightly splashing water on the face, run a comb through your hair and hurry, hurry along the white stairs down through the garden to the sea, to the sea! But …Some smells, guarding you around the corner, beckon to take another way–to the local tavern…

What did you managed to learn before you went to Crete? Moussaka, kleftiko, sheftalia? Forget it! Bread, cheese and honey–you do not need anything else for happiness. Bread is lovingly wrapped in a linen napkin on a wooden plank. Dark amber honey in a transparent vessel with a carved wooden spoon inside. Cheese! Oh my god, is that cheese?

“Φέτα, ναι!”–confirms that guy Manolis from the other night, who helped you after midnight arrival to drag your bags to the room.

On a slice of fresh bread, apply honey patterns with a spoon, and on top put a slice or two of the most delicate, airy, creamy …cheese! Yes, put that feta one.

They say bread and cheese have always been the food of the shepherds. I declare responsibly: if you add honey to this duet, the shepherds will fill like gods. Unless, of course, breakfast ends with a cup of coffee (without sugar) brought by the smiling Manolis.

And now–to the sea!

According to a statement released by the Athens Academy on January 17, a group of scientists successfully deciphered the DNA of the famous Greek feta cheese, revealing its secrets at the molecular level–informs greekreporter.com .

Scientists at the Athens Academy’s Biomedical Research Foundation have studied a wide range of varieties of feta cheese produced throughout Greece in order to quantify its nutritional characteristics. As a result, it turned out that all the investigated species contain 489 different types of protein, which constitute the “identity” of the original cheese. Among the identified proteins, there are ones known for their antimicrobial activity and strengthening of the immune system, useful for the nervous system, as well as for maintaining kidney function, regulating blood pressure and lowering cholesterol. Feta is thus one of the richest on protein cheeses in the world.

Since 2002, when Greece won the legal battle with Denmark, each cheese package sold within the European Union and called feta must meet certain standards and be made exclusively in Greece.

According to the EU law on the “protected designation of origin” of products, feta must be made using exclusively whole sheep milk or a mixture of sheep and goat milk, but the latter shall not exceed 30% of the total volume.

By the way, feta, translated from Greek, means “slice”, “piece”. 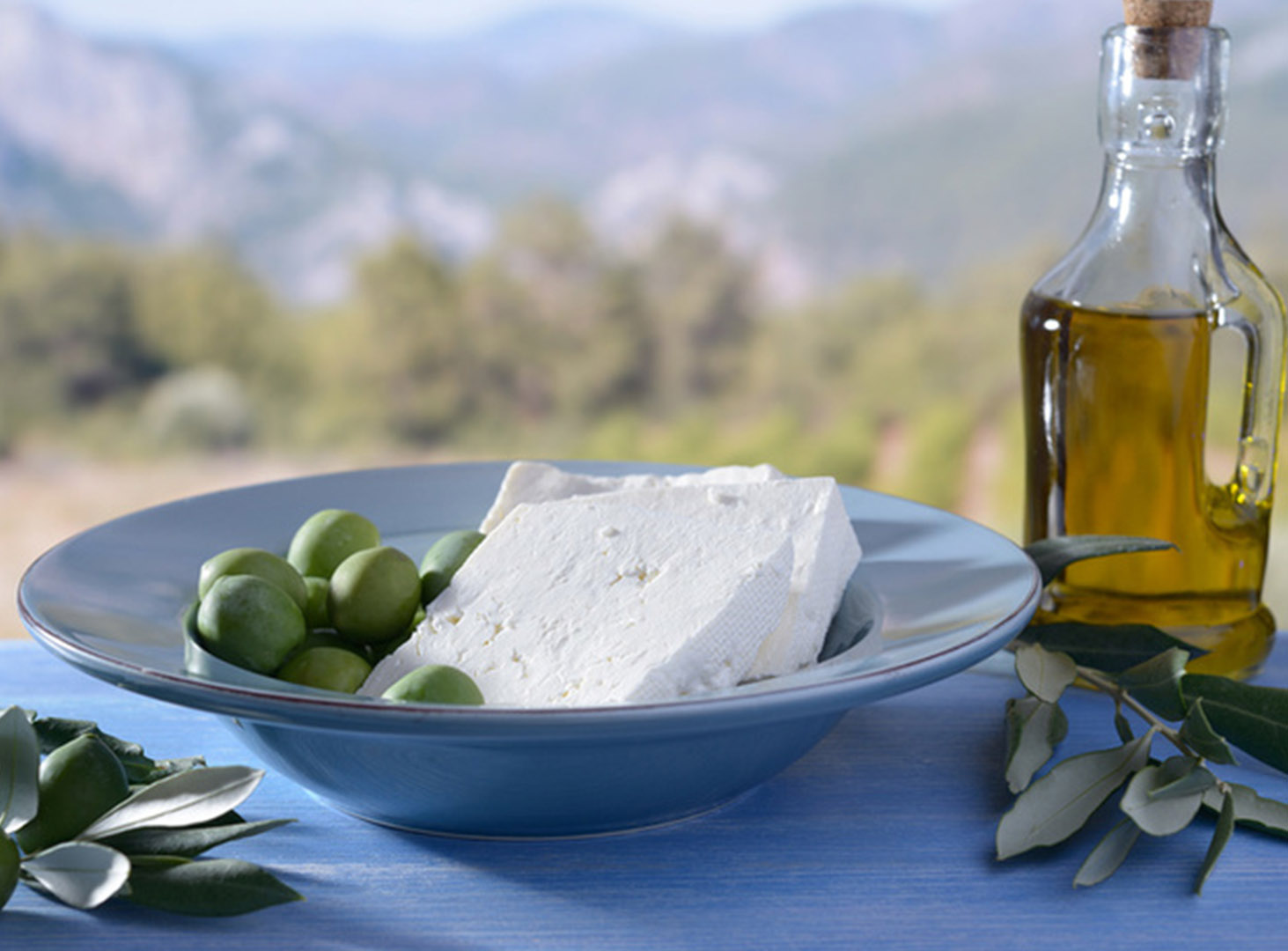