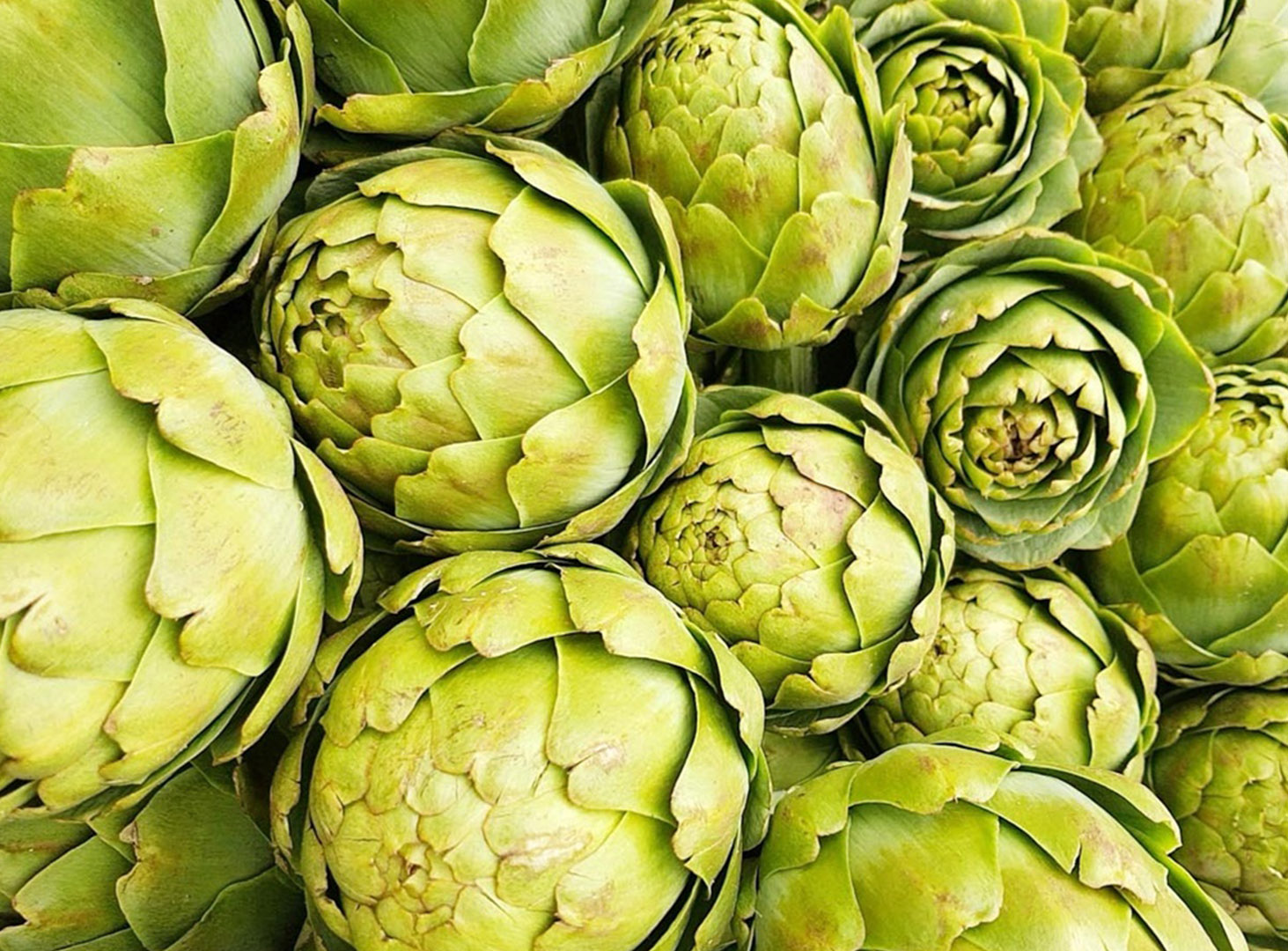 Greek dinner often begins with meze: a variety of cold snacks. One of them may well be crunchy, fleshy light green slices of a vegetable with a mild pleasant taste. After a shot of raki it is just what you need! These are artichokes. You must have seen on the shelves of markets or shops on Crete their amazing green multi-petal “cones”. The word “artichoke” is translated from Italian as “pine cone”.

On Crete, artichokes belong to the favorite vegetables and are grown everywhere: these are tall, powerful, thorny bushes resembling our thistle. As soon as the tops of the “bumps” begin to pop out of the thorny thickets, it is time to cut them. In fact, this “bump” is an unopened basket of a future flower. When you clear it to the edible part, it will be only one-fifth of the original volume.

There are about 140 species of artichokes, but only 40 of them are edible. Homeland of the plants is the Mediterranean, but after the XV century, once through America, it spread throughout the world. In California, in the city of Castroville, there is even an annual special celebration where the Queen of Artichokes is chosen. The most famous queen was Marilyn Monroe (in 1949).

When you want a son eat artichokes.

A hundred grams of artichoke core contain 50 calories. At the same time in fresh artichokes there is a whole arsenal of substances necessary for the human body―cellulose, folic acid, magnesium, potassium, phosphorus, iron and also vitamins C, K, and B6. Artichoke is very well absorbed and recommended as a starch substitute for people with diabetes. It has diuretic and choleretic effects, helps cleanse the body of various toxic substances. Artichoke activates the central nervous system and increases sexual power. For example, the ancient Greeks and Romans considered the artichoke not only a delicacy, but also a strong aphrodisiac. Moreover, it was believed that its use by future parents contributes to the birth of boys; and in France, because of the “erotic” reputation of artichokes, they were even forbidden for women for some time.

On Crete, fresh artichokes can be enjoyed in April-May; and very young artichokes (the size of a chicken egg) can be eaten whole. Later they are used frozen or canned what results in the loss of their “delicacy”. When tasting they can be taken for marinated zucchini, but with a slightly more dense structure. Fresh April-May “bumps” are good not only raw. They can bee perfectly combined with most products, without losing their taste, so that they are both baked and cooked with other vegetables, for example, with beans.

A bit of ancient erotica…

The legend of the artichoke belongs to the myths of ancient Hellas.

A long time ago a beautiful girl named Kinara lived on the Greek island of Zinari. Zeus, while visiting his brother Poseidon, saw Kinara walking around the island. Fearing to frighten her, Zeus long watched a beautiful mortal woman… He was so fascinated by her that offered to become a goddess and live next to him on Olympus, but on the condition to forget her family forever. She agreed. Whenever Hera was absent, Zeus hurried to meet Kinara: like a boy in love. But soon the young goddess grieved over her mother and home, and secretly from Zeus went to visit her family in the world of mortals. When Kinara returned, Zeus was angry with her and punished for her deception. He pushed her to the ground and, when she fell, turned her into a thorny plant named Kinara, which people know as an artichoke. 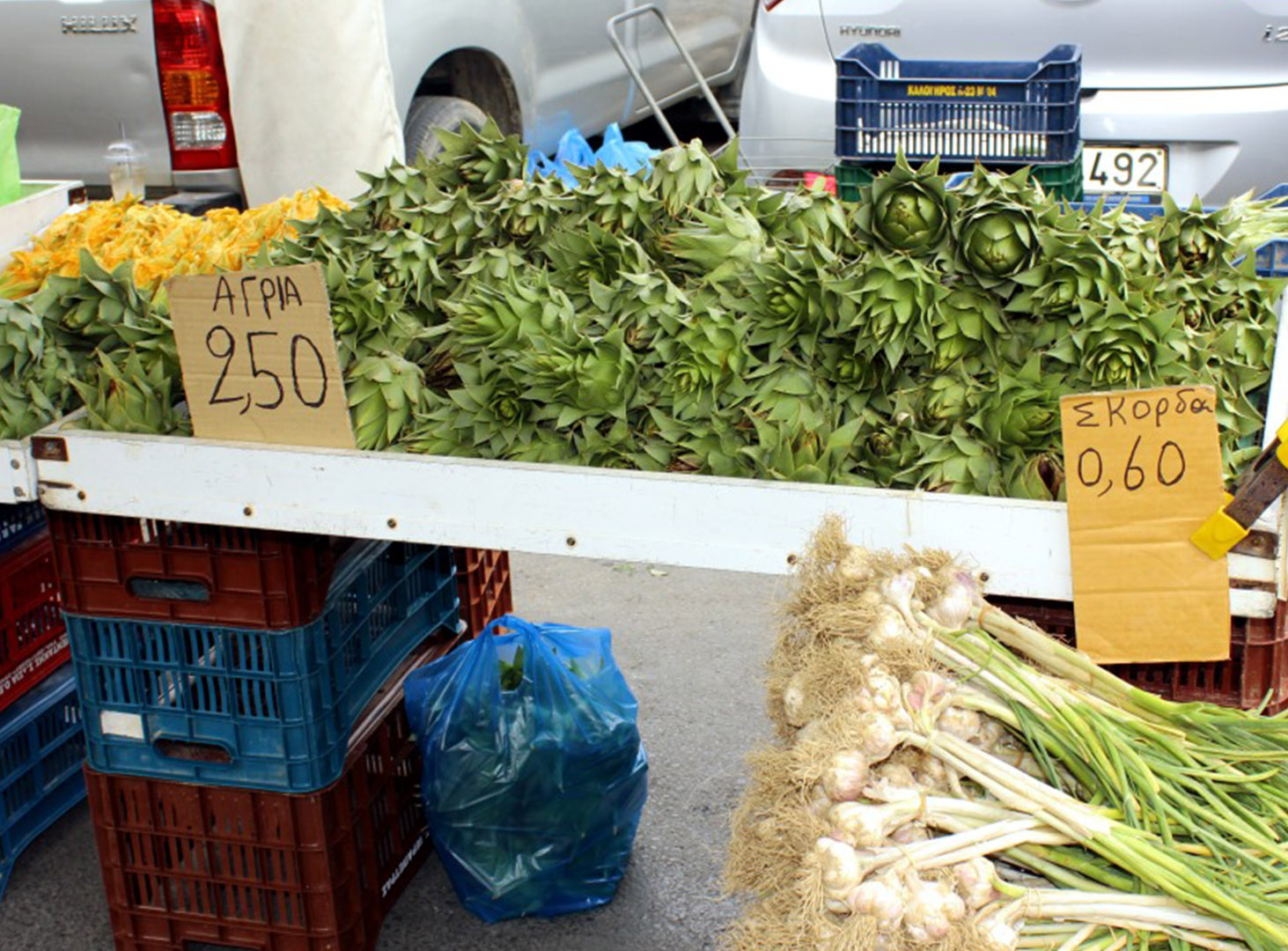 … and of modern cuisine

If you want to cook a dish of artichoke yourself, most of the time it will take to peel it. This work threatens hands with scratches, but what is a scratch when ahead is a hand-made Greek evening? We begin.

Carefully holding the artichoke by the stem we patiently tear off the petal by petal. Then we cut the stem as close as possible to the bud: it turns out as “head”. Immediately grease all slices with lemon juice, otherwise they quickly oxidize and darken. Our most important task is to reach the white inside of the artichoke, so we cut off all the green and hard; and then cut the resulting “head” in half. Immediately grease again these two halves with lemon juice. Thereafter, we clean the artichoke from the inside with a knife. So in the end we will have a soft, white heart in our hands. It should be immediately thrown in a bowl with cold water and lemon juice. Now you can do anything with artichoke: freeze, stew, can in olive oil or make a simple salad: cut both halves of the artichoke into pieces; add salt, olive oil and wine vinegar how you like, and sprinkle again slightly with lemon. A simple salad is ready. Enjoy your meal!