Skip to content
TheNewCrete > History and myths > What did the legionnaires drink and offer to Christ? 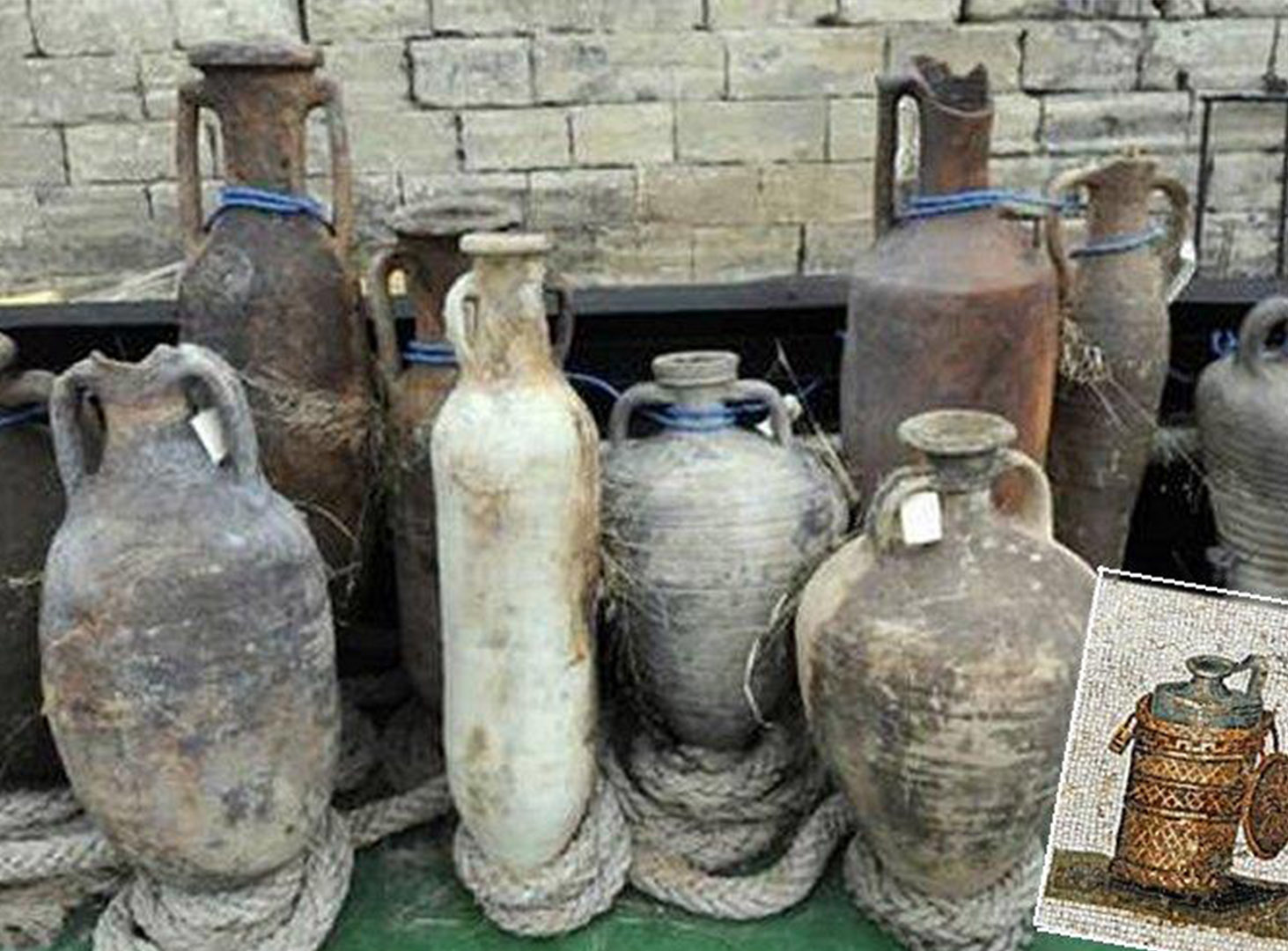 Roman legionnaires knew a lot about wines, and it is believed that thanks to the legion camps that guarded the border along the Rhine from German barbarians, the famous Rhine wines appeared, as there was a steady solvent demand for wine from the legionnaires.

In 1985, Markus Junkelmann with 11 reenactors undertook a 22-day long march from Verona to Augsburg: they have walked about 335 mi. Based on the results of it and generalization of unique experience, he wrote his book “Legions of Augustus: Roman soldier in an archaeological experiment.” It offers a number of recipes for Roman camp cuisine, taken for the most part from the Roman culinary collection of Apicius cookery recipes.

According to Junkelmann, the legionnaires adored Greek wine with resin. This, of course, is the Greek retsina (literally “resin”). This wine is unique. It is called the folk wine of Greece. The manufacture of this wine in other countries is prohibited. In the process of fermentation, pine resin is added to the wine, so that it acquires an unusual aroma and incredible healing properties. Retsina is especially useful for stomach and heart diseases. 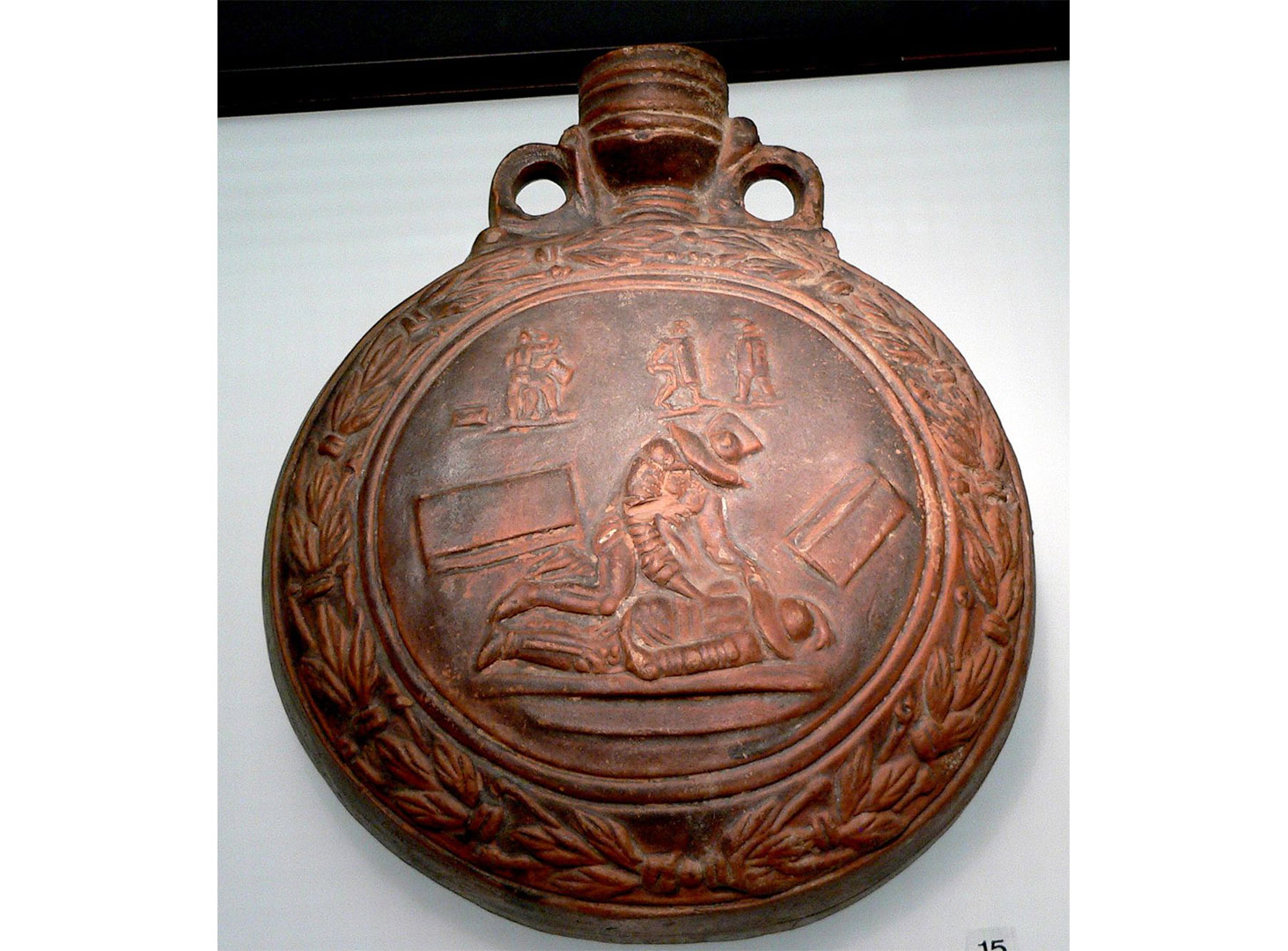 From the Greeks, the Romans learned to dilute wine with water. There is an opinion that this custom arose because of the desire to reduce its strength. In fact, during the preparation of the wine, the inhabitants of Crete withered grapes and added honey to it. The method allowed to remove excess moisture from the berries, while maintaining a high level of sugar content. The wine was sweet, aromatic and thick, which is why it was diluted.

Here is a recipe from Junkelmann’s favorite drink of the legionnaires, which they drank during the solemn feasts. For its preparation, you should take 2 l of retsina, 500 g of honey, 30 g of mashed black pepper, 10 laurel leaves, 10 g of saffron, 5 dates. Half a liter of wine and honey are mixed in a large pot and brought to a boil. Remove the foam, add pepper, laurel, saffron and peeled dates soaked in wine. Then remove from the fire, add the rest of the wine and serve chilled on the table.

During a campaign, the use of wine was forbidden, and a drink called “posca” was used to maintain strength. The exact recipe has been lost, but reenactors believe it could be like that. 375 milliliters of wine vinegar was mixed with a liter of water, to which 125 grams of honey and a tablespoon of ground coriander seeds were added. All this was boiled until the honey was completely dissolved, and then cooled to room temperature. After filtering (to separate the seeds), it was ready to drink. A legionary carried it with him at the belt, in a half-liter clay flask, covered with leather for reliability. 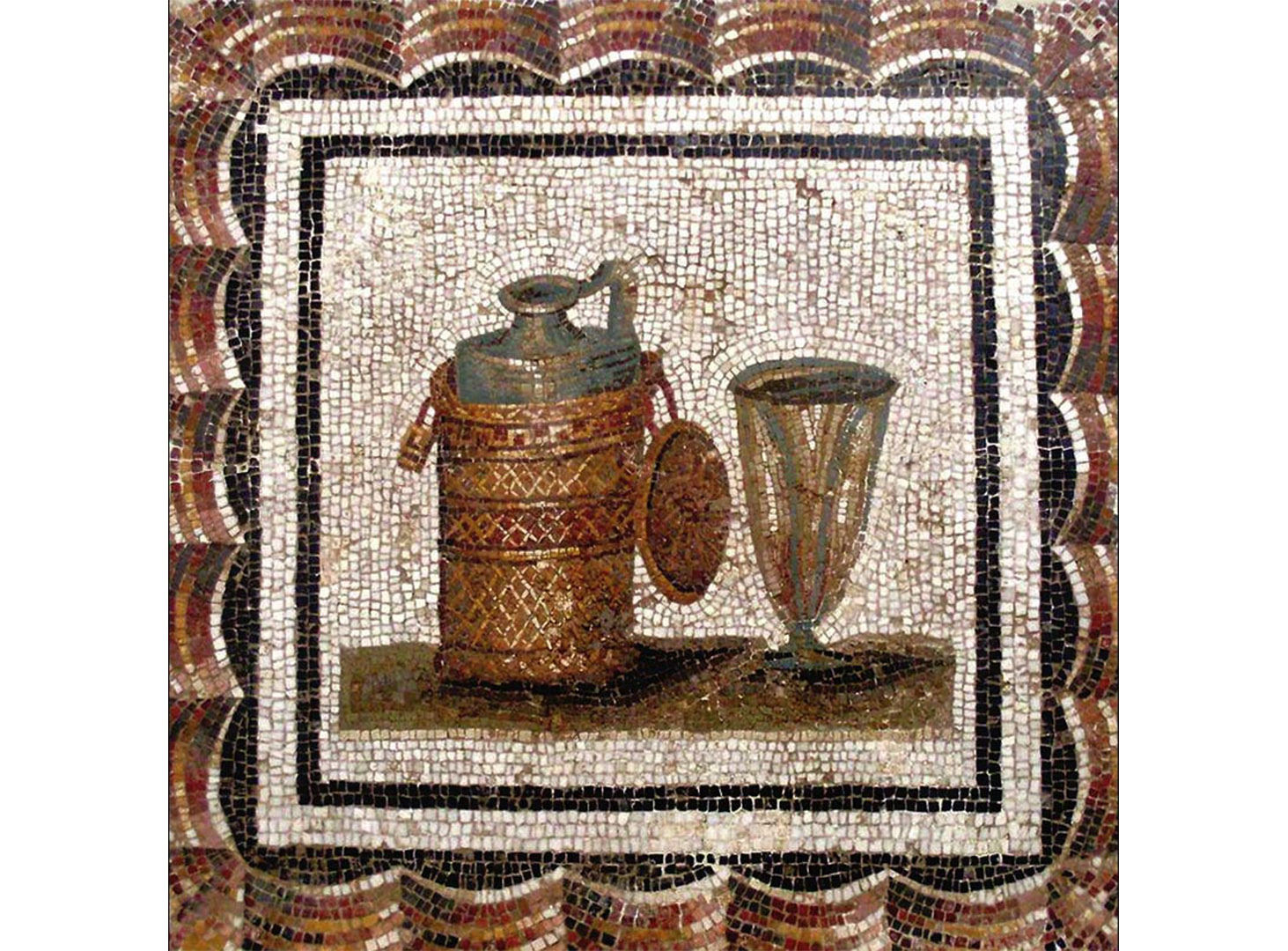 Due to the ease of preparation, posca has become a mass drink of the lower classes. It not only quenched the thirst well, but also fought off the bad taste of water. Probably it had also antibacterial, antiscorbutic and analgesic effects.

Greeks did not have such a word, and when they became acquainted with the Roman posca, they began to call this word properly “vinegar” in Greek, using their closest in meaning word. When a Latin translation of the Bible “Vulgata” was written from Greek texts in the 4th century, the posca which appeared in the Greek texts describing the death of Christ was translated “vinegar”. Therefore, in the Gospel of Luke, and in other places is still written “vinegar”. In one place, however, unlike all the texts of the Gospel of Luke, where it is said that the soldiers mocked the crucified Christ and gave him “vinegar”, the author found in a Greek version “ξινό κρασί”—literally: “sour wine,” but typically, the Greeks also write “vinegar.” It turns out that in fact the legionnaires mocked him with the words: “You are the King of Judea, save yourself!”, but at the same time, humanly, not as an evil mockery of the unfortunate, as it seems to us now, “brought him” not “vinegar”. They ridiculed the faith, but sympathized with the man who had to die on the cross with the shameful death of a criminal, and gave what they carried with them—their posca. In Byzantium, which officially switched from Latin to Greek language use after the 6th century, but retained the continuity of the military organization and military custom of the Latins, the Greek word “fuska” appeared for Latin posca and remained in use for a long time.