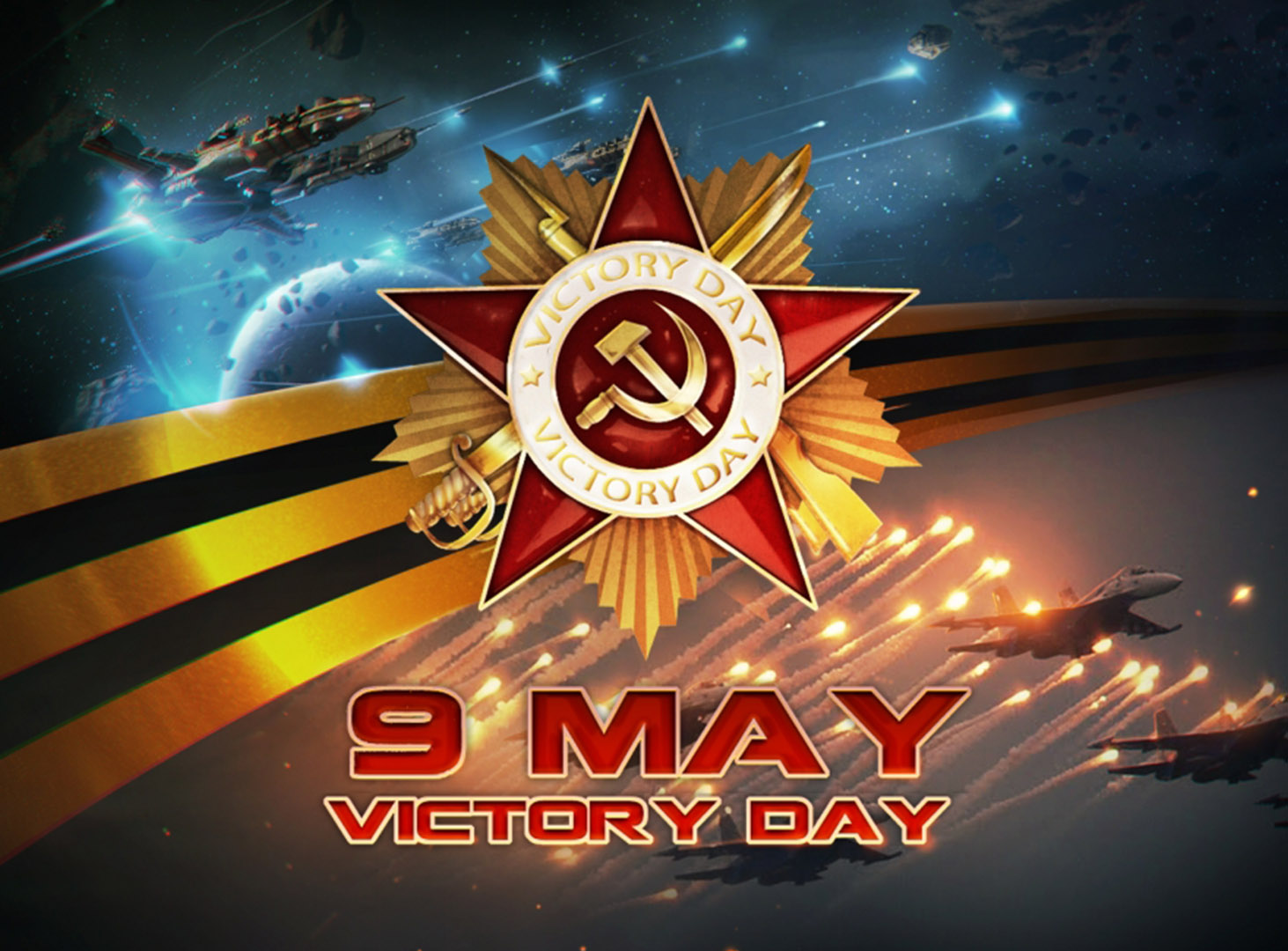 “These people are my friends. Help them!”

In Crete, as in Russia, the memory of wartime is sacred. The Cretan operation of 1941 went down in the history of World War II as an unprecedented feat of resilience: the island resisted the Nazi invasion longer than the rest of Greece—until June 1941, and not only Greeks participated in the resistance…

In the family of a Russian born Cretan woman, Anna Karatza, a faded paper leaflet is carefully kept—a letter of gratitude from a consul of the Soviet Union in Greece to her husband’s grandfather Manolis Danelakis. This leaflet is passed from generation to generation along with the history associated with it.

It is here, shows Anna Karatza.

“So, during the war, the Germans brought prisoners of war to the island of Crete for various work. In the area of ​​present Anissaras*, there was a closed zone where they were kept. Soviet soldiers and Greeks worked side by side. Among them was Manolis Danelakis, my husband’s grandfather. 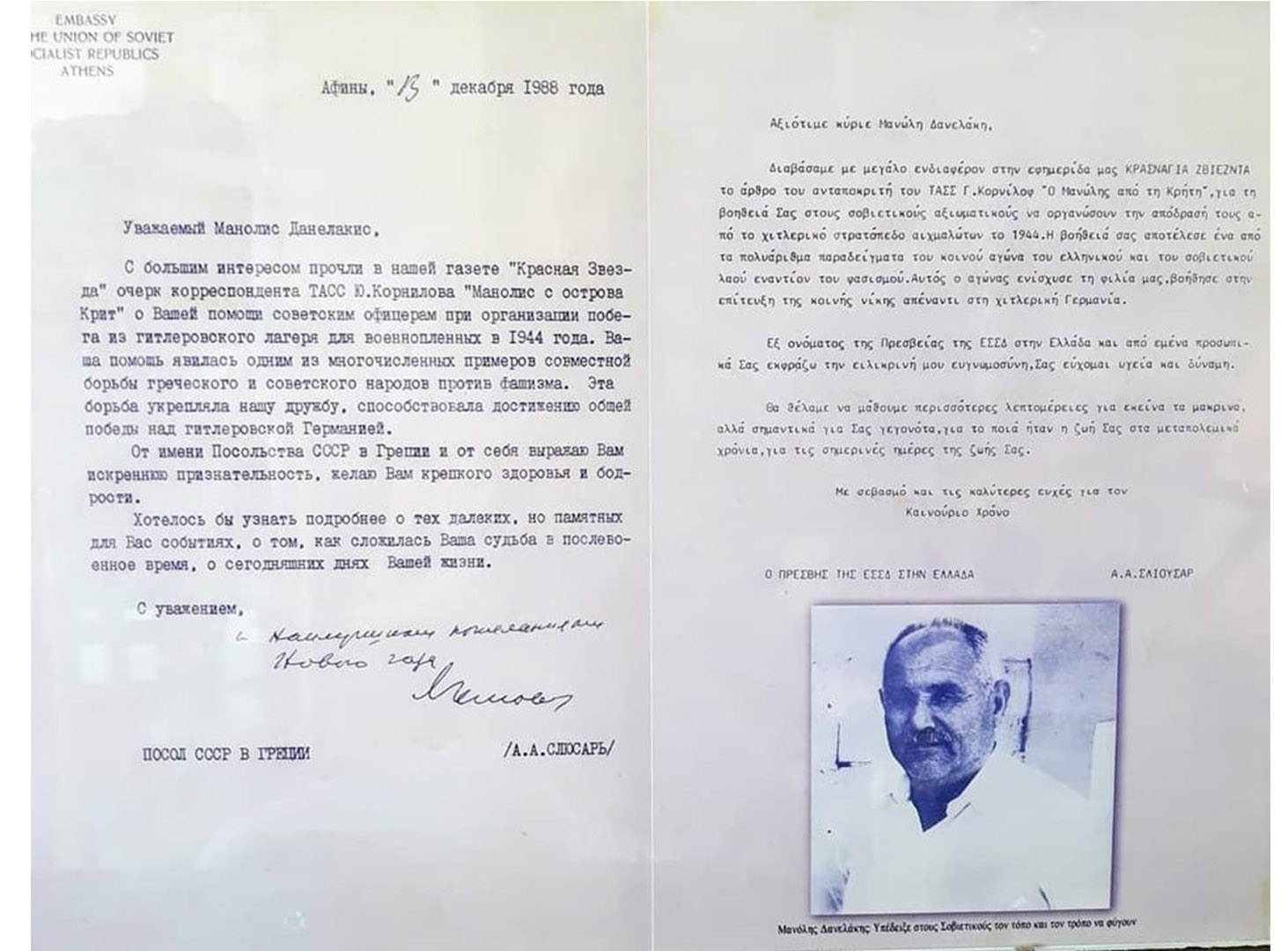 Soviet prisoners managed to explain about their intention to escape. Around the zone, the fence was live, and from the tower a German patrol with machine guns watched the prisoners. According the plan, one would distract the patrol while all the rest run out whatever would even happen.

Grandfather Manolis did not approve of this plan: he said that they would all be caught and killed, and it is better to act wisely. Within a few days, they found out a blind spot for the patrol. The Greeks found a pair of logs and at night blocked the fence so that it was no longer dangerous. Grandfather Manolis advised Soviet soldiers to flee to the mountains where the Greek partisans were hiding, and gave them a note that said: “Brothers Greeks, these people are my friends! Please help them as much as you can!”

So, under cover of night, about 50 soldiers escaped. They were able to get to the mountains, where the partisans helped them. Then they were transported by submarine to Egypt, from where the former prisoners returned to their families.

The Germans, of course, noticed the loss. They summoned grandfather for interrogation because he talked with Russians and could help them to escape. But Manolis was not a timid one. Boldly and even a little impudently, he replied: “What, it’s impossible to exchange a couple of words? We we’re gonna bother you without breathing a breath. Who helped—I have no idea!”

The Germans ceased oppressing him.

Then, after a few years, the captivity ended, the grandfather Manolis became a free man, married and gave birth to several children, including my mother-in-law. Suddenly, he received a letter of thanks from the consul of the Soviet Union in Greece: it is still kept in our family. After that, Greek television was also interested in this story, and there was a broadcast about the grandfather.

That’s how the Greeks helped the Russians during the war.”

* Anissaras is a resort village located 24 km east of Heraklion and 1 km west of Hersonissos.