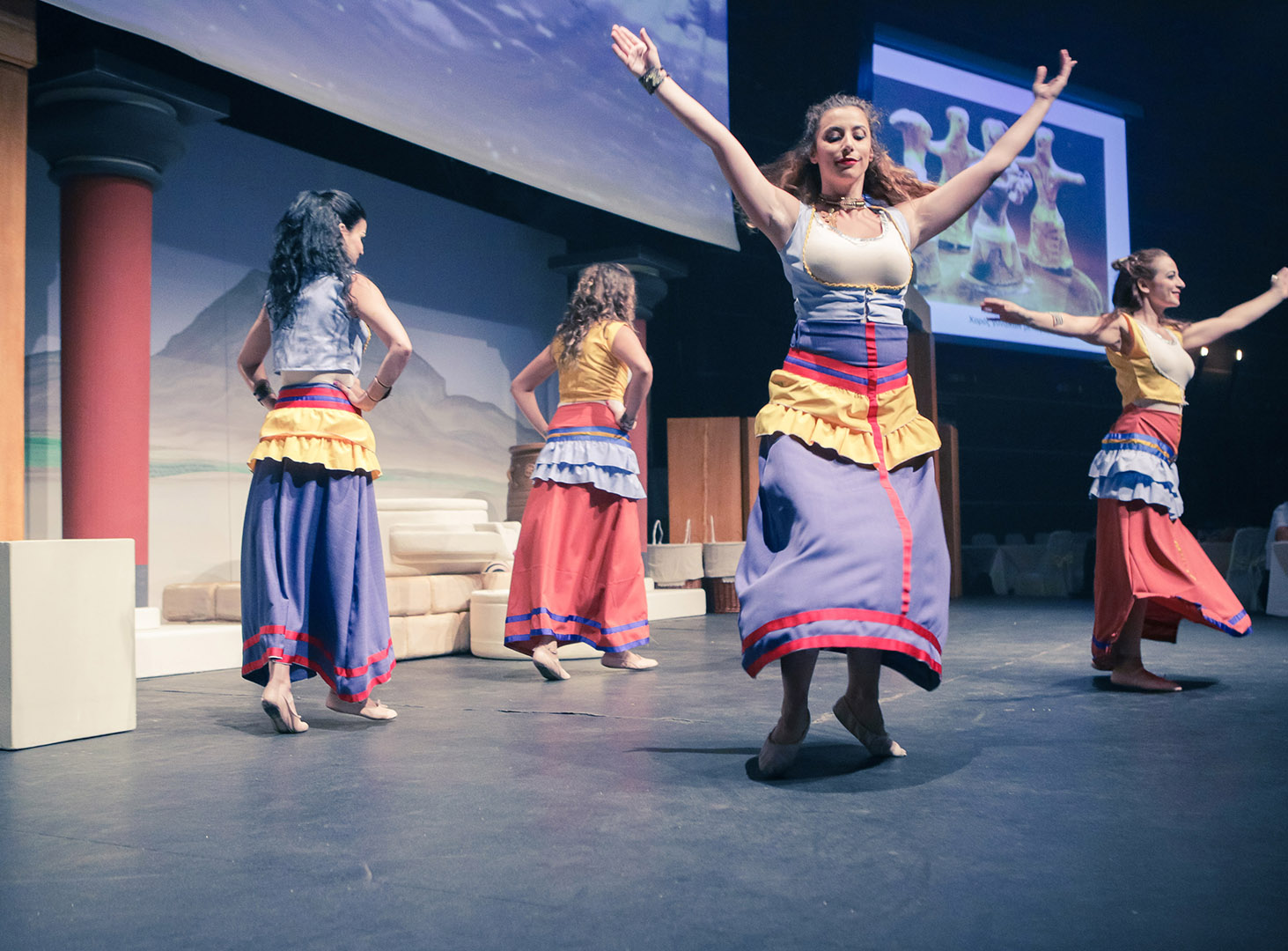 Not far from Heraklion, in the settlement of Archanes, there is the Cretan Thematic Park. Happy is the tourist visiting a Minoan Wine Festival presentation. Russians, influenced by the “Myths and Legends of Ancient Greece” have often no idea that before the Achaeans on Crete lived their predecessors―the Minoans whose culture and language was very different from the Greek ones. The theatrical performance for tourists in Archanes is designed to fill this gap. 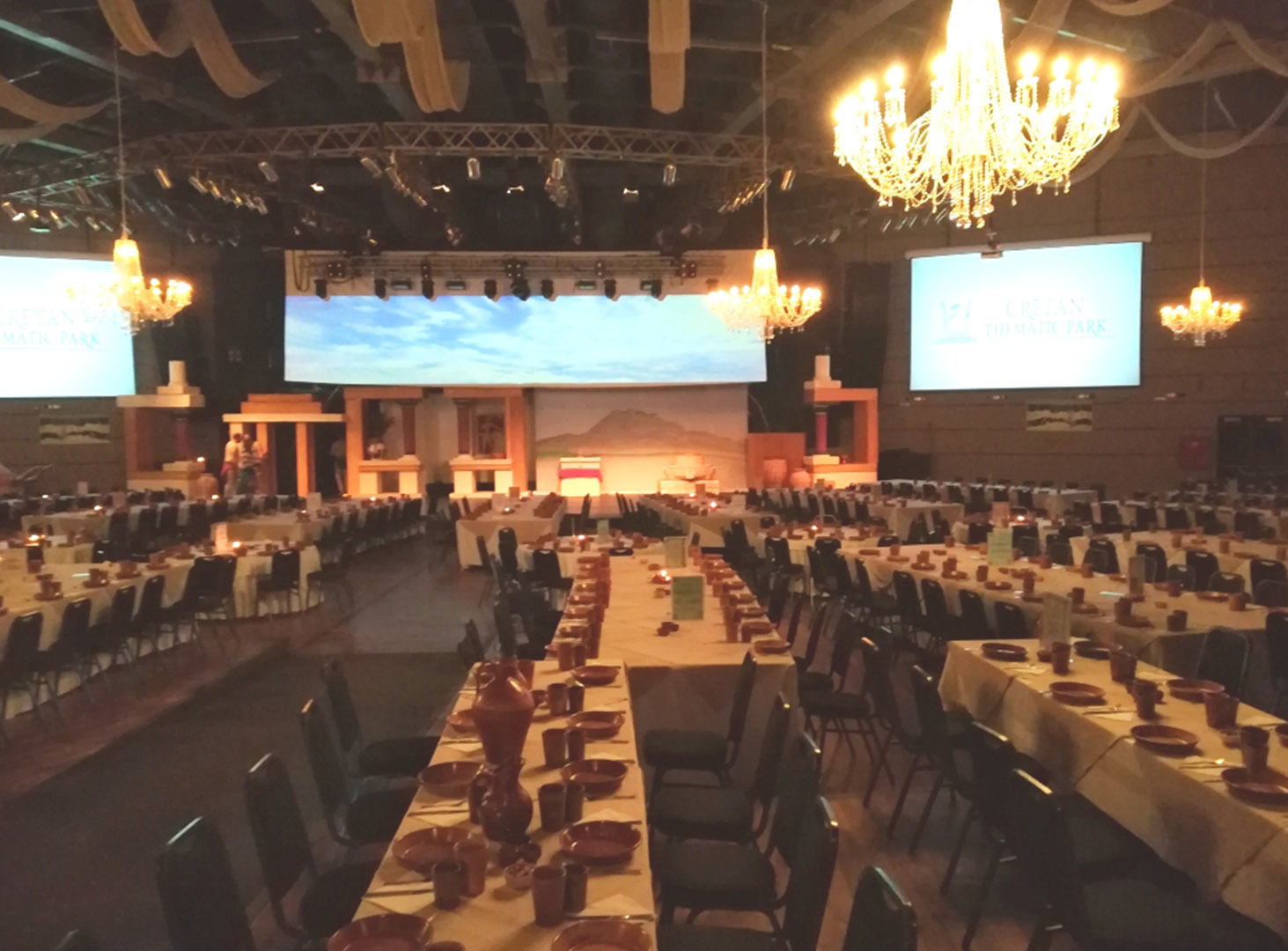 Already at the entrance guests are greeted by “Minoans” in national costumes. There is a smoke of aromatic herbs from incense burner pots like in ancient times during the ritual holidays. The twilight of a huge hall* is second only to the fire of old oil lamps. The waiters in priests’ clothes move silently between the laid tables, offering to the guests traditional cold drinks infused with Cretan herbs and honey. Do not worry, there will be also local wine and raki, but a little later, when guests have time to appreciate the taste of traditional dishes and admire pottery: they offer refreshments only in it. 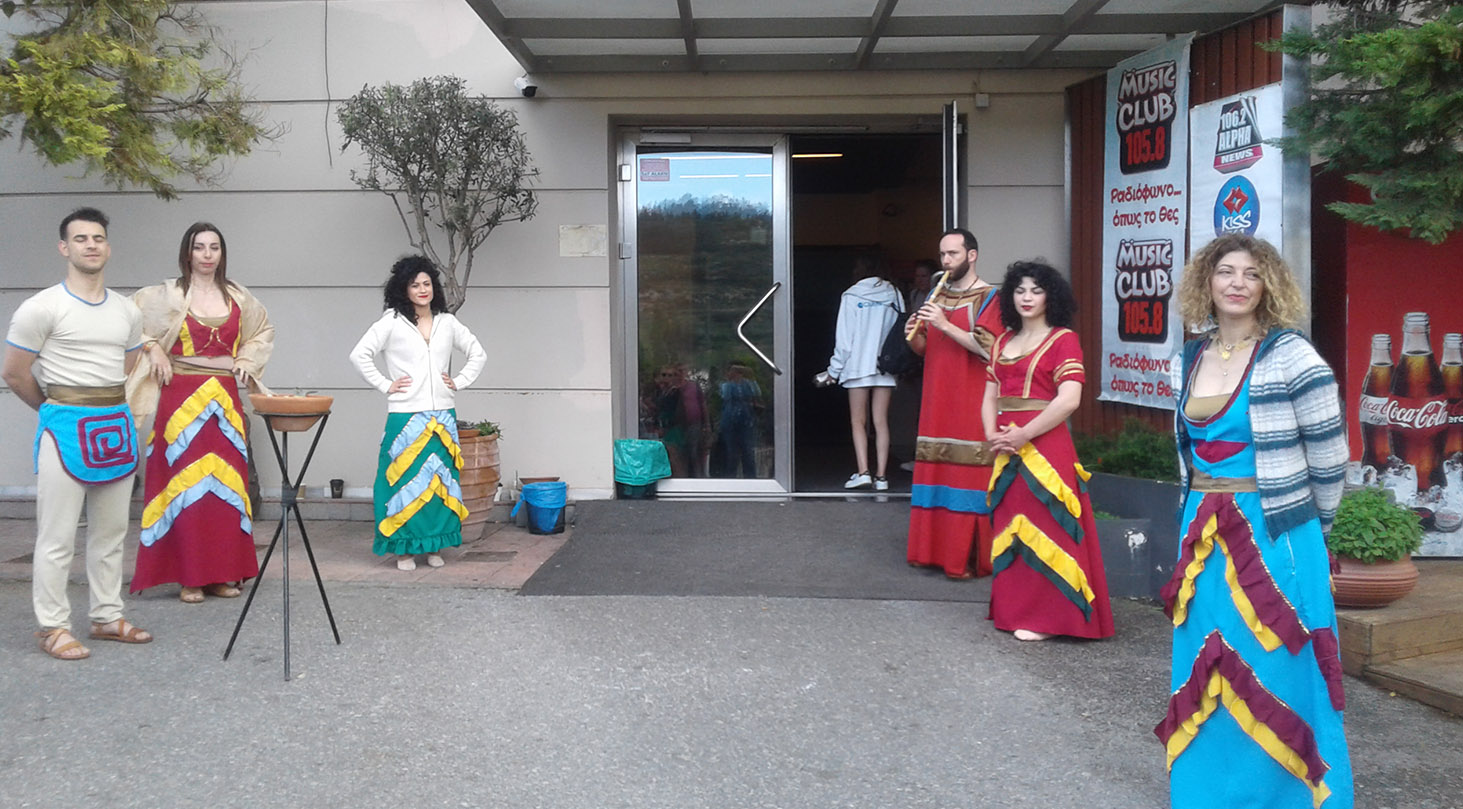 However, soon many guests will forget about food and wine when on the stage and in the hall, artists will play a mystery that includes grape harvest and bullfighting completed by the story on Theseus and Ariadne. The performance begins with the harvest festival procession, when the “Minoans” solemnly march through the entire hall, carrying baskets and trays with grapes and fruits, and then you see in the lamplight the dancing boys and girls, mingling with the guests, pulling on Ariadne’s thread. Theseus, great hero, will enter the Labyrinth and be all over the Minotaur… The most courageous viewers will be able to enter the common dance in the end, and this will be the most memorable impression from this trip to Archanes… In the video “Knossos―a Time Travel” on the stage screens, you will see artifacts, associated with the Minoan civilization―the first one in Europe that flourished 4,000 years ago. But, according to the authors of the performance, the modern Cretans still cherish the main values ​​of their ancestors: love, respect for nature, thirst for life and work.

This is the largest and most luxurious hall for celebrations on Crete that has been operating since 1995. Its area is 4000 square meters; it can hold up to 2000 people. The hall is located in the settlement of Archanes, 15 kilometers from the city center and the port of Heraklion, and just 8 kilometers from the archaeological site of Knossos.