Skip to content
TheNewCrete > History and myths > About Achaeans, Danaans and other ancestors 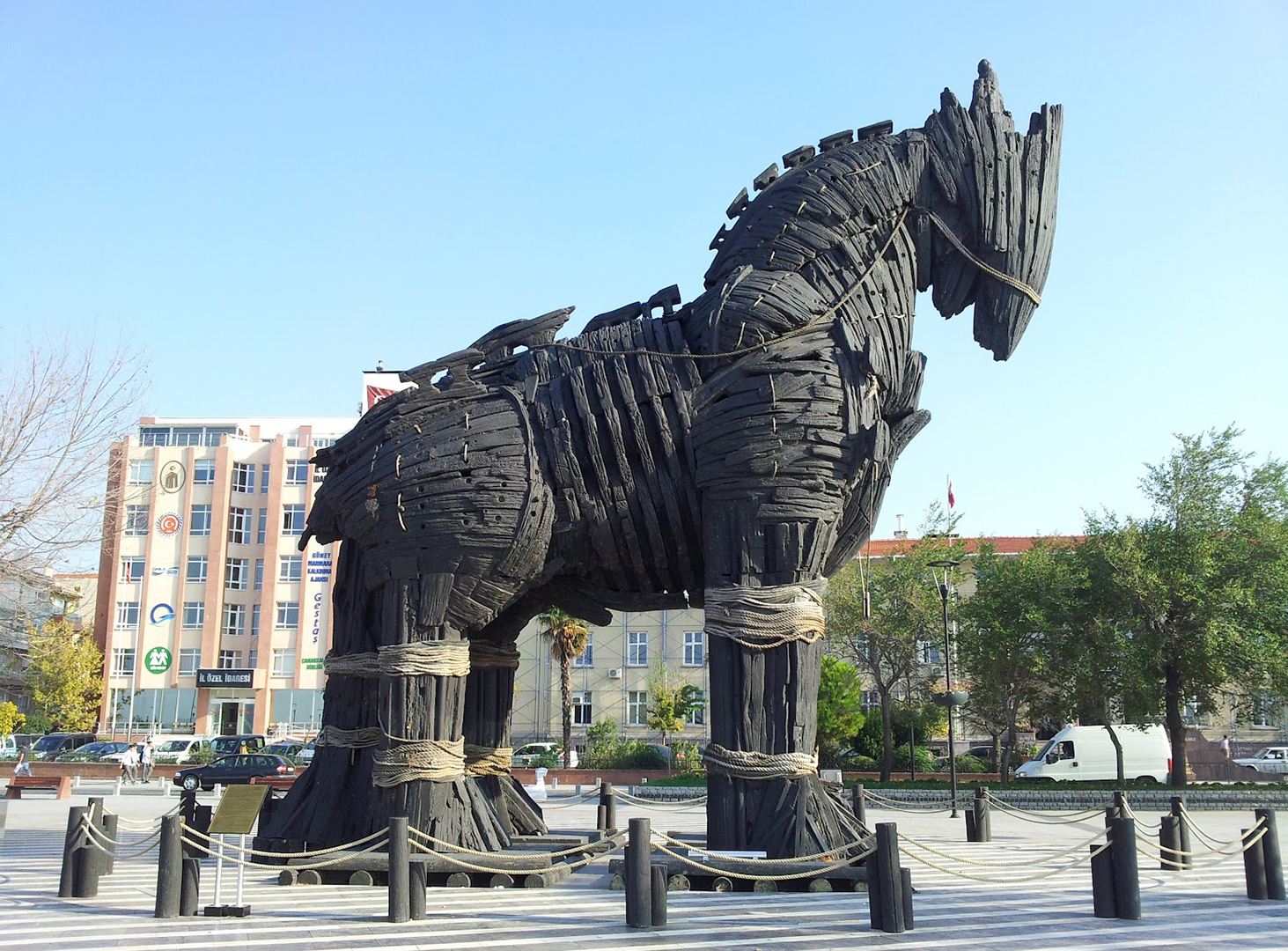 When we are introduced to Homer’s Iliad, which describes the events of the Trojan War of the XIII-XII centuries BC, we are confronted with the question of what is the difference between the Achaeans and the Danaans. The beginning of the plot becomes the dispute of the goddesses and the judgement of Paris. The topic of the dispute is an old question, transmitted in the famous Russian fairy tale with the words “Who in all the world is fairest and has beauty of the rarest?”

The refined culture of antiquity conveys very accurately to us the perception of the surrounding by pagans, when the whole world is filled with deities and faith in the ancient gods surrounds people so closely (each grove and streamlet have their own deities right next to man) that never after the humanity in the face of nature identified it with imaginary divine powers, endowed with human psychology and passions. The point is not that the Greeks in this sense were very special–we encounter not the small pantheon of gods and heroes, for example, in the beliefs of disunited communities of Ossetian mountaineers, who, by the way, are still keeping their tradition of sacred family trees and quite to a small extent the cult of sanctuaries. Just long ago, the ancient Greek mythology was included in the area of common European culture at the expense of Greeks’ civilizational achievements, becoming its integral part; and with the Ossetian one, heir to the Scythian-Alanian civilization, the world became acquainted only through the work of scientists and the Russian language in the XIX century: to a greater extent only with a few information which could seep out from under the power press of the Orthodox Church, due to the fact that the Church planted Orthodoxy in the annexed Caucasus, because the pagan customs built very solid content of Ossetian culture at that time.

The parties to the Trojan War were the expeditionary corps of the Achaeans, who was opposed by the coalition of the local aboriginal population headed by the Trojans with the participation of the Pre-Slavic peoples who inhabited Asia Minor. Describing the actions of the attacking side, Homer usually calls them Achaeans (Greeks, in our understanding), also Argives, but sometimes Danaans. It is curious that a catch-phrase from the final events has entered the world culture–“beware of  Danaans bearing gifts!”

Why the Danaans? After all, the meaning of this phrase reflected the military cunning of Odyssey, the Achaean. His idea was to make a huge hollow horse out of wood and put the most successful brave men into it, then to bring it to the gates of the city and announce it as a gift.

The finale is well known. In Russia, this phrase has its own quite common analogs: “do not believe, do not be afraid and do not ask” as well as “free cheese is only in a mousetrap”.

And yet, why the Danaans? Everything else is understandable, although the primitive Trojan ruse with the wooden horse is from the realm of fairy tales. In fact, the badly battered Achaeans returned after the war with nothing. We have already written about all this.

There are special publications on the Achaeans and Danaans according to which the words are synonyms, but no one explained why. In our opinion, the point is in the very sense of the words.

This is quite understandable, everyone will say. They have long been tried to explain, based on toponymy, without considering the etymology. Meanwhile, lexicologists have long known that the basis of the words Ahae, Achaeans is the Indo-European root “aqua”–“water”, while every Ossetian will tell you that the name Don comes from the same Indo-Iranian (Indo-Aryan) root “dn”=“the river “: as well as Dnieper, Dniester, Danube. In Ossetia, the river still means the word “don.” It turns out that the Achaeans are the “water”-people, and the Danaans–the “river”-people. The words are undoubtedly synonymous with a narrowing of meaning in the latter case.

And now let’s look at historical toponymies, referring approximately to the same era.

Among the Achaeans, who were dispersed after the unsuccessful Trojan War, was one Mopsos, the son of a prophetess Manto and a Cretan Rhacius, founder of Colophon, an ancient city in Asia Minor, and king of Caria there. After a stay at his father’s town, he moved to the south-east of modern Turkey. Since he was a hereditary seer, his companions obeyed him and founded towns, where he told: he founded thus some of them, including Mopsuhestia. It was the later Armenian Mamestia, Mamistra or Misis; in April 1909, the Turks killed all Armenians here during the terrible Cilicia massacre, and now at this place is a quarter of the urban district Üregir in the megalopolis of Adana. In this name, we encounter again the root “dn”–river. Indeed, Adana is located on the Seyhan River, the longest one in Turkey, and the kingdom formed here in antiquity was called by the Phoenicians Danuna, and by the natives called Adanava. It included the fertile interfluve of Seykhan and Ceyhan—the Çukurova Valley, located in the west corner of the Fertile Crescent (the birthplace of agriculture and cattle breeding) which encompasses Mesopotamia, southeast Turkey, Syria and Palestine; sometimes it also includes the basin of the lower Nile, that is, Egypt. It is also believed that in the south-east of modern Turkey, exactly in this part of the country, there was also the biblical paradise garden of Eden–a place of initial human habitation. It is not by chance that the Arabs call it And. It is curious that nothing grows here without water.

In a Museum of Adana, there is a “statue from Çineköy”: the village of Çineköy, where it was found, lies in the southern outskirts of modern Adana. It is, in the generally accepted opinion, the Luvian supreme god Tarhunza: we can be reminded of him by the brand of green lemonade “Tarkhun”; it is produced with use of a plant called tarkhun, but both words have the same origin. The god is standing to his full height on a basalt chariot drawn by a pair of oxen. The sculpture was made according to the Neo-Hittite standards, but there is undoubtedly Assyrian influence in the image of hairs, beard and clothes of the god. On the front of the chariot and between the feet of the oxen, there is a bilingual inscription – in Luvian and Phoenician. In it, the local king Awariku speaks of his origin “from the house of Muksa”: so, it is believed that this name corresponds in Hittite texts to the said Mopsus, the “founder of the king dynasty.” Further, Awariku talks about his merits—increasing with the help of God his kingdom and troops,—praises the unification of his state with Assyria. When he received from the Assyrian king his governor called Ashur-Sharu-Usur, to whom Awariku became accountable, he sent a delegation of 14 people for secret talks to the king of Urartu, the enemy of Assyria, but all of them were intercepted by Midas, the king of Phrygia, who was an Assyrian vassal. He was not the Midas which is known according to the Greek myth as having died of starvation due to the fact that everything he touched turned into gold, but his descendant.

Archaeologists have discovered a letter from Ashur-Sharu-Usur, where he reported to his sovereign Sargon II on the capture of the said delegation by Mita (as Assyrians called Midas) in 710 or 709 BC: in a Phrygian prison they are awaiting a response from the Assyrian king, what will be with them. From the text of the letter, it followed that Awariku was still in his former position as subordinate to the Assyrian governor: 709 BC became the last year for Awariku, but Midas also had a cruel fate. In 695 BC his kingdom was attacked by the Cimmerians. They ravaged his entire country, and Midas was forced to poison himself with bovine blood.