Skip to content
TheNewCrete > History and myths > The Cretan Bull 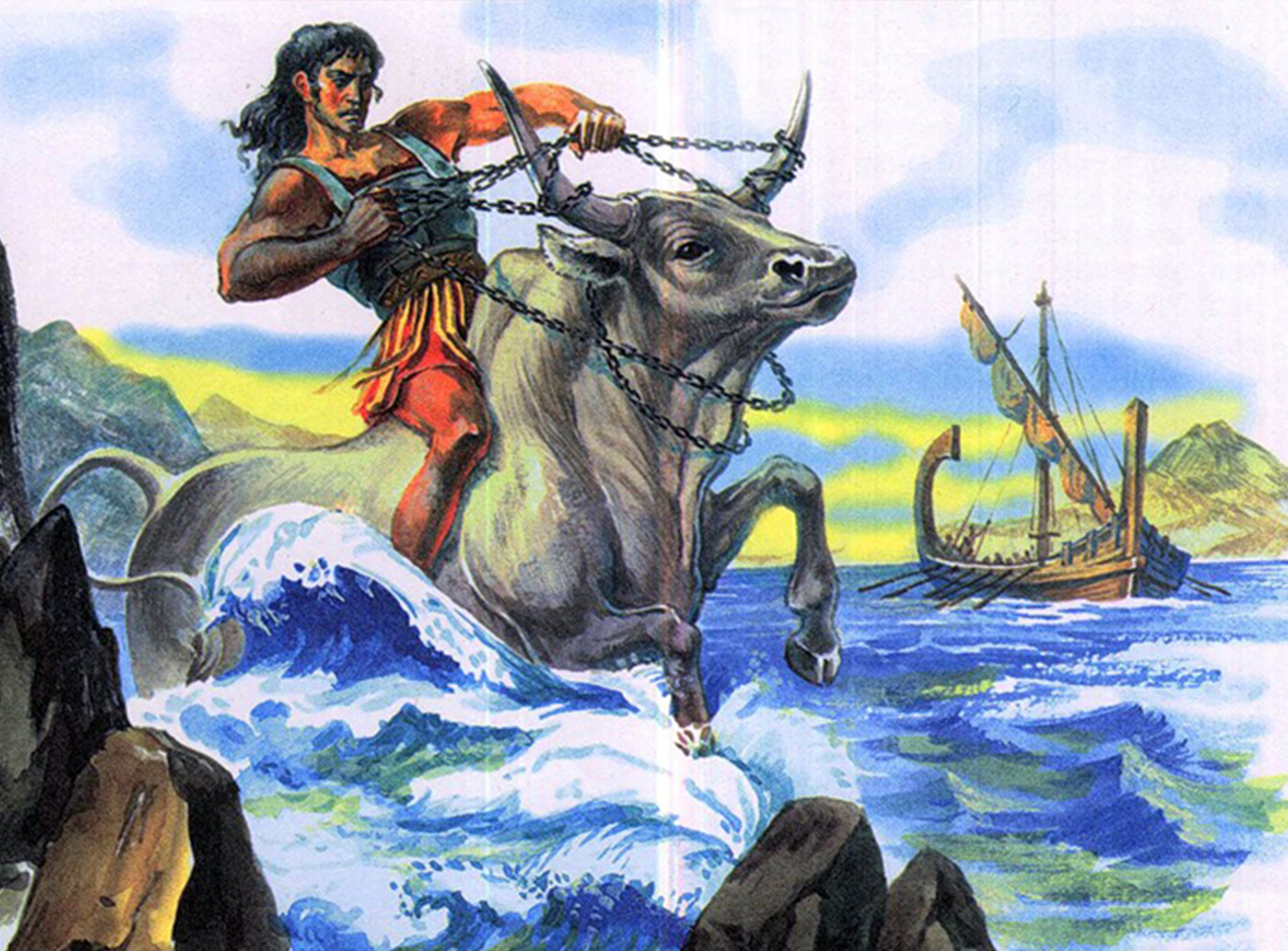 It was the creature that Pasiphae (the wife of the Minos) fell in love with. Minos was king in Crete. In order to confirm his right to rule, rather than any of his brothers, he prayed Poseidon send him a snow-white bull as a sign. Poseidon sent Minos the bull, with the understanding that it would be sacrificed to the god. Deciding that Poseidon’s bull was too fine a specimen to kill, Minos sent it to his herds and substituted another, inferior bull for sacrifice. Enraged, Poseidon had Aphrodite cause Pasiphaë, wife of Minos, to fall in love with the bull. She subsequently gave birth to the half-man, half-bull, Minotaur. Poseidon passed on his rage to the bull, causing it lay waste the land. 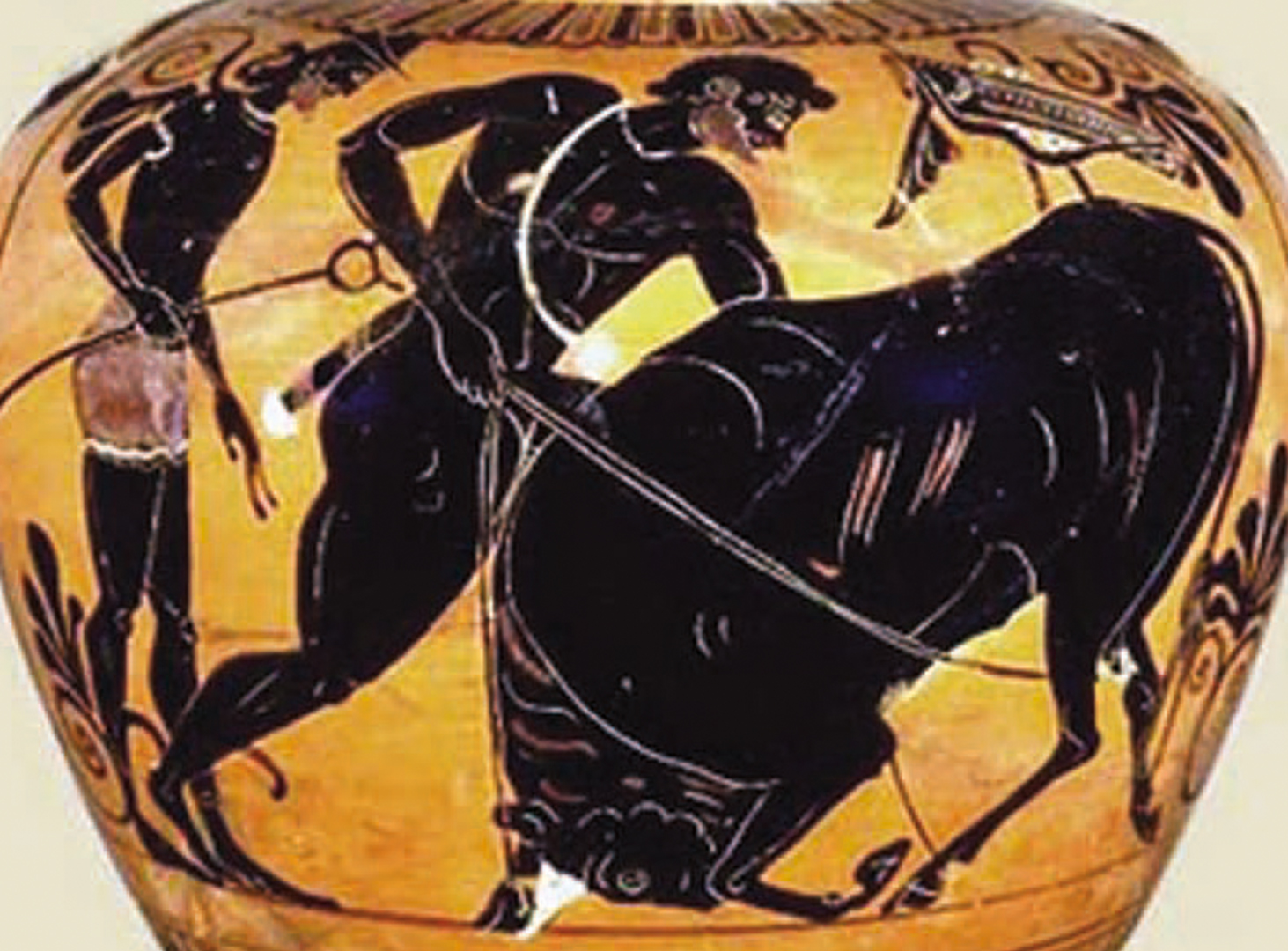 During the Labours of Heracles, King Eurystheus sent Heracles to capture the Cretan Bull and bring it back. The hero went to Crete and acquired permission by King Minos, who was happy to get rid of the animal that had destroyed the crops of the region. Heracles managed to capture the animal with his bare hands, and sent it back to Eurystheus. The king was so afraid of the animal that he hid inside a large jar upon seeing it. He later said to sacrifice it to Hera, but the goddess refused, thinking it would give further glory to Heracles. Instead, Eurystheus let it loose, which reached Marathon and acquired the name Marathonian Bull.

Later, Theseus, son of the king of Athens Aegeus, set forth to capture the bull. He went to Marathon and indeed successfully caught it. He then returned to Athens where he sacrificed it to Athena and/or Apollo.