Skip to content
TheNewCrete > Advise > The Gates of Crete – Нeraklion 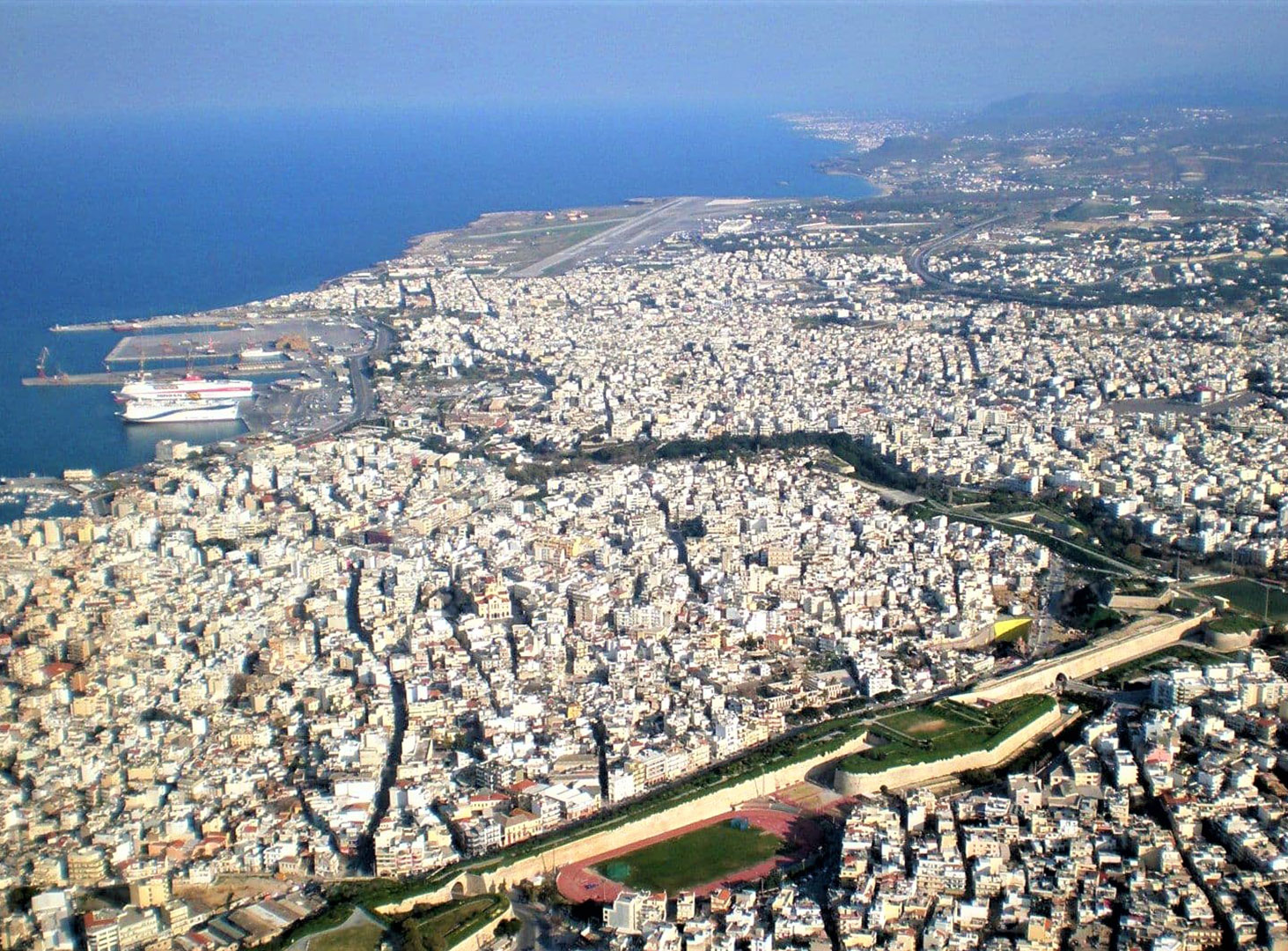 The city of Hercules is the first to meet the bulk of guests arriving in Crete. Here are located the Nikos Kazantzakis International Airport and the island’s most important seaport.

The airport named after the writer Nikos Kazantzakis is not as large as one in Moscow or Athens, but it receives about five million tourists annually. This is the second busiest airport in Greece after Athens. It has a modern building of glass and concrete but not a featureless one, and without fuss. The sea is splashing right behind the runways.

The seaport in the mid of the city is also a hard worker (the third busiest in the country): its annual passenger flow is more than two million people. Ferries and speedboats come here all year round from many islands of the Aegean Sea, as well as from mainland Greece, and even from Europe. In 2018, 187 cruise ships visited the port of Heraklion.

Heraklion is the administrative, economic and cultural capital of the island, so do not expect to arrive in a little island town. This is a small metropolis—bustling and sometimes noisy, living at a fast pace, but another Heraklion can be seen by an attentive guest behind this facade—a town of old buildings with the Venetian harbor and Koules fortress.

Take a stroll through its old streets and relax at the fountains, visit city markets with a lot of colorful goods and irregular faces: you will love this city, which counts its history from Minoan times; and the variety of hotels, delicious food and hospitality of the Heraklion people will consolidate this feeling! There are here many places to visit for a curious tourist after his walk around the city: Archaeological Museum, Historical Museum, Museum of Christian Art at St. Catherine’s Church, Museum of Nature and others. Moreover, not far from Heraklion are the two most important monuments on Crete—Knossos and Phaistos palaces.

In general, Heraklion is an ideal base for traveling throughout Crete, as it is located in the very center of the island.

Come by plane or boat!