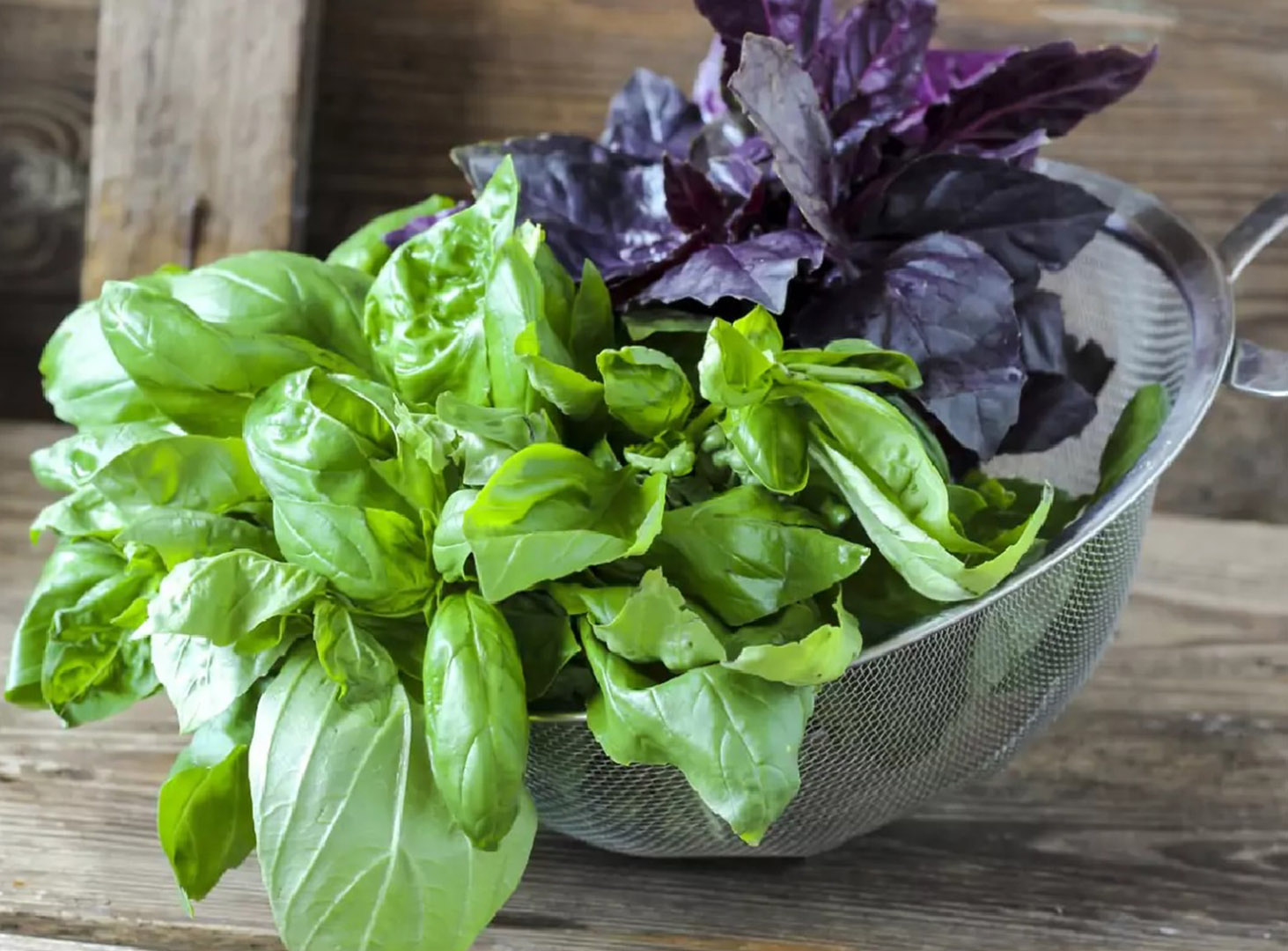 “Where basil grows, evil does not grow”, says the proverb. Since pre-Christian times basil has been a plant of prosperity, love and family happiness. Along with other plants, it was tied in dry bouquets and stored in houses serving an apotropaic purpose. Christian tradition recalls that a basil plant was found by Empress Helena, propagator of Christianity. It grew next to the cross on which Jesus was crucified. A Cretan belief clarifies that St. Helena was attracted by the smell of basil to the place where the cross was; therefore, on Crete basil was a symbol of unhappy love filled with tears.

According to a legend, this plant was named “royal” in honor of Jesus, whom Christians considered to be the “true king”. In another one, its name comes from the word βασιλιάς – “king”, and it is associated with the name of Alexander of Macedon, whose warriors brought basil from India (there basil is still considered to be a sacred and revered plant). That is why, on September 14, when the Greeks celebrate the day of the Holy Cross, both old and young go to a temple with a sprig of fragrant basil.

In ancient Greece basil was treated with caution: because of its strong smell (hence its local name is “incense”), and because scorpions loved to hide in its roots. The Romans considered basil to be a plant which was capable of making you feel passionate about someone. In ancient Egypt basil was used for mummification and in Gaul for ritual cleansing. In Middle Ages, Europe undeservedly forgot about this plant: other oriental spices somewhat pushed basil to the background, and only at the end of the XVIII century they began to use this seasoning in fine French cuisine. In this way, the next coming of the basil took place. 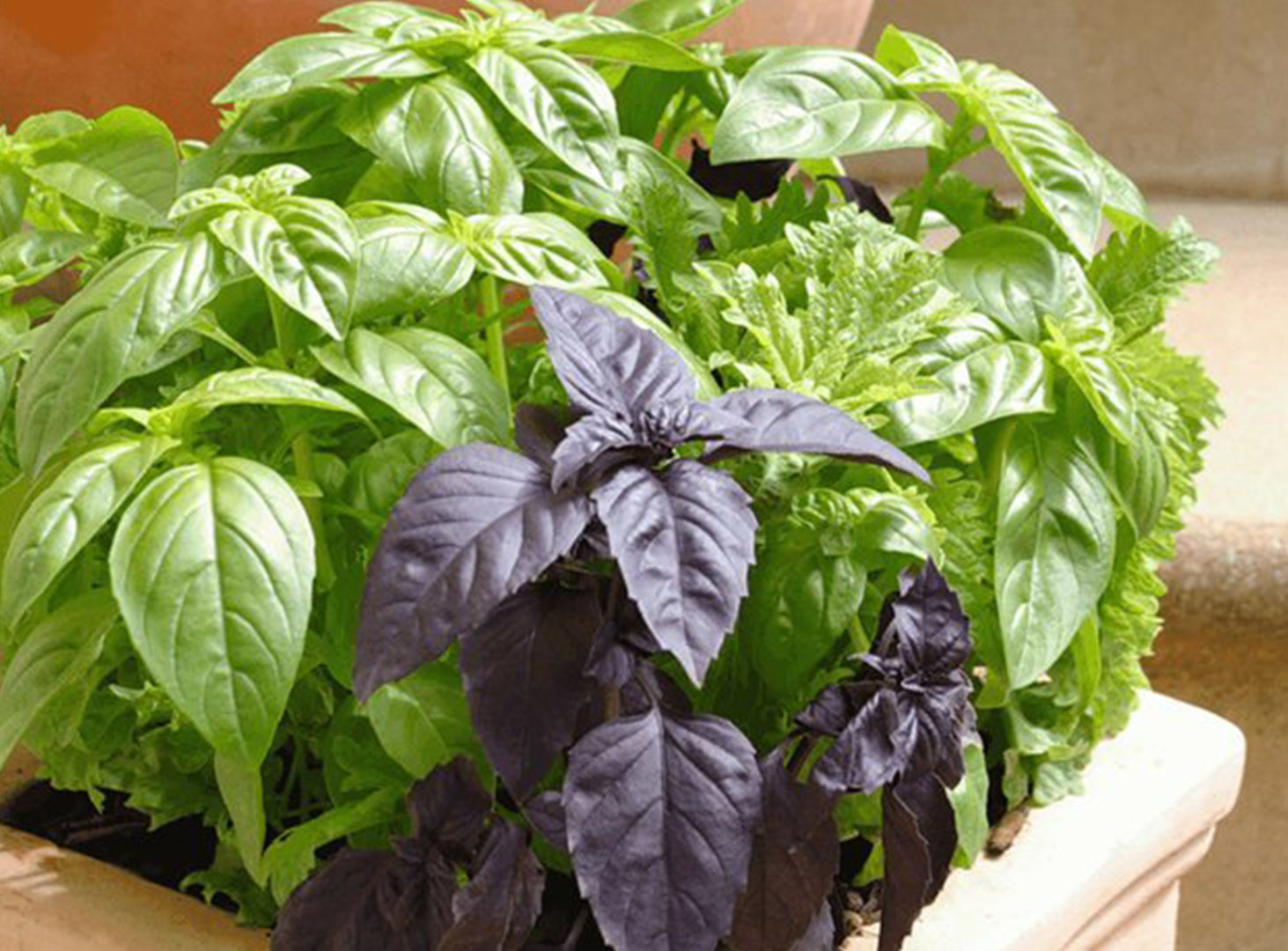 Today, basil is wide used in gastronomy, especially in Italy, and not only in salads, pizzas, pastas and soups–the famous pesto sauce is also prepared on its basis. On Crete, basil (alone or in combination with other herbs) adds flavor, for example, to olive oil. In gastronomy, it is used carefully, but it is unlikely that you will find a balcony, private steps or porch without a pot with basil on the island. They are found everywhere: in any tavern and courtyard. On Crete today, the sprig of basil is a symbol of love and respect, wishes of well-being; and to take it with you to a meeting or visiting relatives, friends or your beloved is considered to be a common courtesy.

It is scientifically established that basil is the richest source of essential oils and antioxidants that help the body withstand various diseases. This natural antibiotic has bactericidal and antifungal effects helping with colds, intestinal diseases, and problems associated with inflammation in the oral cavity. As an active antidepressant, it relieves migraines and insomnia. The “soothing” effect of basil is obvious when it is used as a compress after insect bites and nettle burns. Furthermore, the smell of basil repels mosquitoes.

Touching basil leaves, inhale its spicy and fresh, slightly minty aroma, one of main smells of Crete, an integral part of its general gamut along with oregano, rosemary, and lavender.