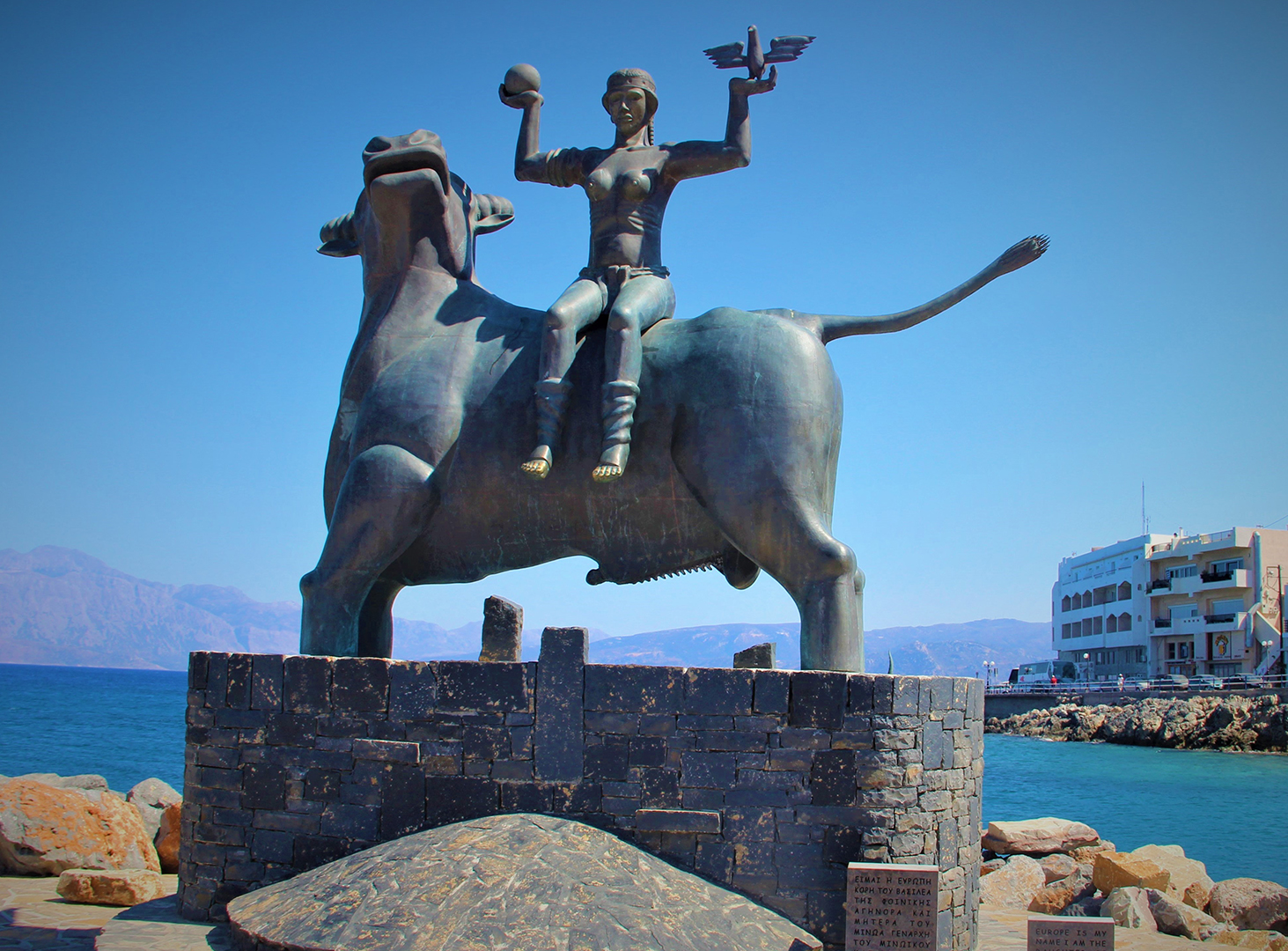 Europa was the mother of King Minos of Crete, a woman with Phoenician origin of high lineage, and after whom the continent Europe was named.

The mythographers tell that Zeus was enamored of Europa and decided to seduce or ravish her, the two being near-equivalent in Greek myth. He transformed himself into a tame white bull and mixed in with her father’s herds. While Europa and her helpers were gathering flowers, she saw the bull, caressed his flanks, and eventually got onto his back. Zeus took that opportunity and ran to the sea and swam, with her on his back, to the island of Crete. He then revealed his true identity, and Europa became the first queen of Crete.

Europe, having become the wife of Zeus, has since begun to live on Crete, giving birth to three mighty and wise sons: Minos, Radamanf and Sarpedon, famous throughout the whole world.

Then she married the childless king of Asteria, the Cretan king, who adopted and raised her children from Zeus.

Zeus gave her a necklace made by Hephaestus and three additional gifts: Talos, Laelaps and a javelin that never missed. Talos was a giant automaton made of bronze to protect Europa in Crete from pirates and invaders. He circled the island’s shores three times daily. Laelaps was a Greek mythological dog who never failed to catch what she was hunting. Zeus later re-created the shape of the white bull in the stars, which is now known as the constellation Taurus.