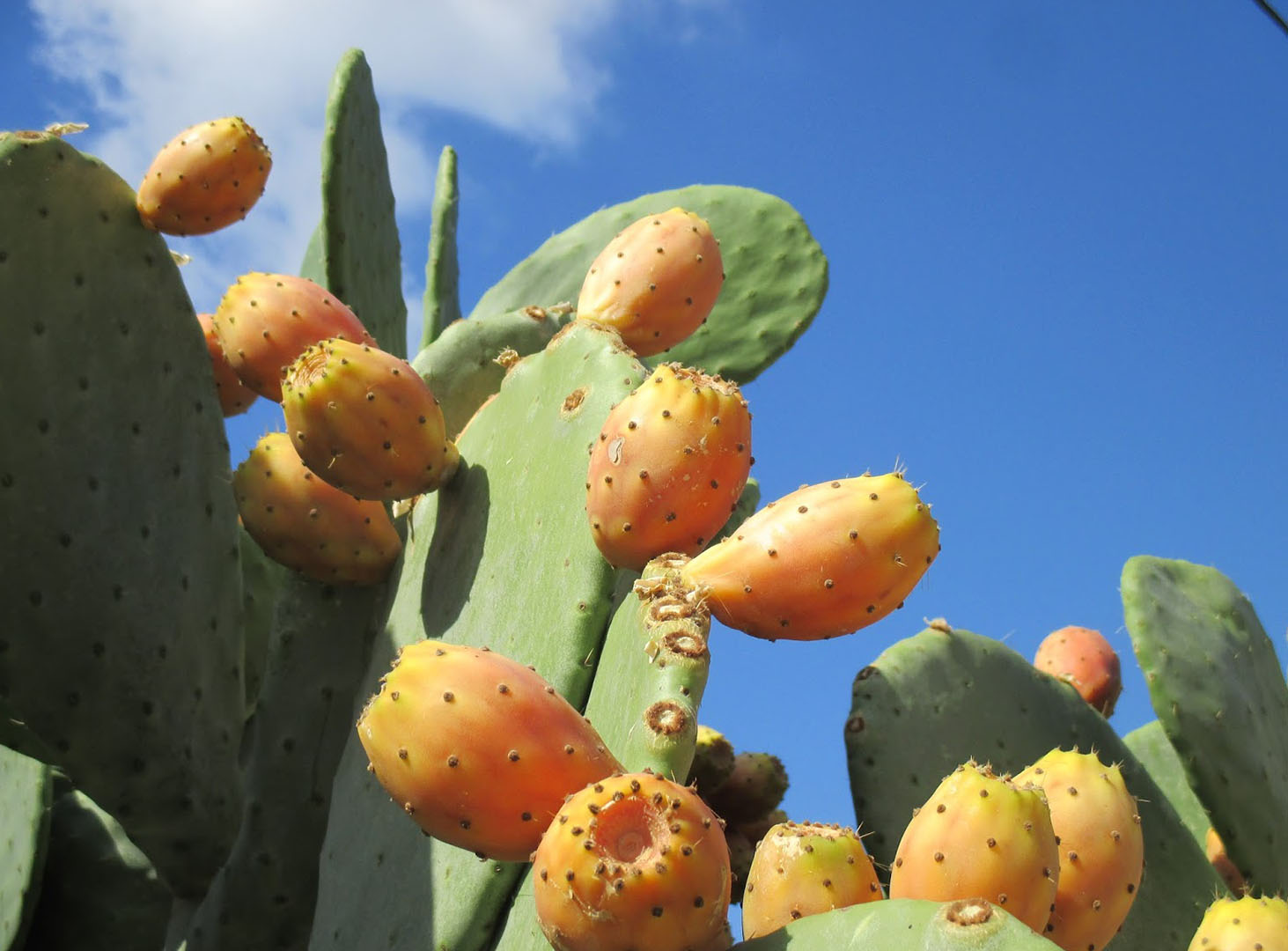 Traveling on Crete in late summer and early autumn, you probably saw cactus thickets colored with red fruits. These are prickly pears: in Latin opuntia ficus-indica and in Greek φραγκόσυκο, meaning “Frank fig”

The prickly pear came from Mexico, and the name of the plant derives from the ancient Greek city of Opus, through which the “wild figs” migrated to Europe. These red balls have evil spines striving to dig into your skin, but the taste of their pulp is amazing: sweet and sour, resembling strawberries and kiwi at once.

The Greeks eat “wild figs” fresh, bake, add to sauces and make from them jam, marmalade, and liquors. They are grown and harvested wild, sold in markets and in stores. Moreover, the Greeks use in cooking not only the fruits, but also their young leaves. Why? Not only because of deliciosity.

From any point of view

Fans say that the pulp of “wild figs” perfectly quenches thirst and improves mood. Nutritionists confirm that it is one of the richest in minerals and vitamins fruits; and scientists assure that “prickly pear is a real natural medicine. It has a strong antioxidant, antiviral and antithrombotic effect due to the high content of polyphenols, and is also characterized by a high content of flavonoids, folic acid, β-carotene, vitamin C, and B6.” 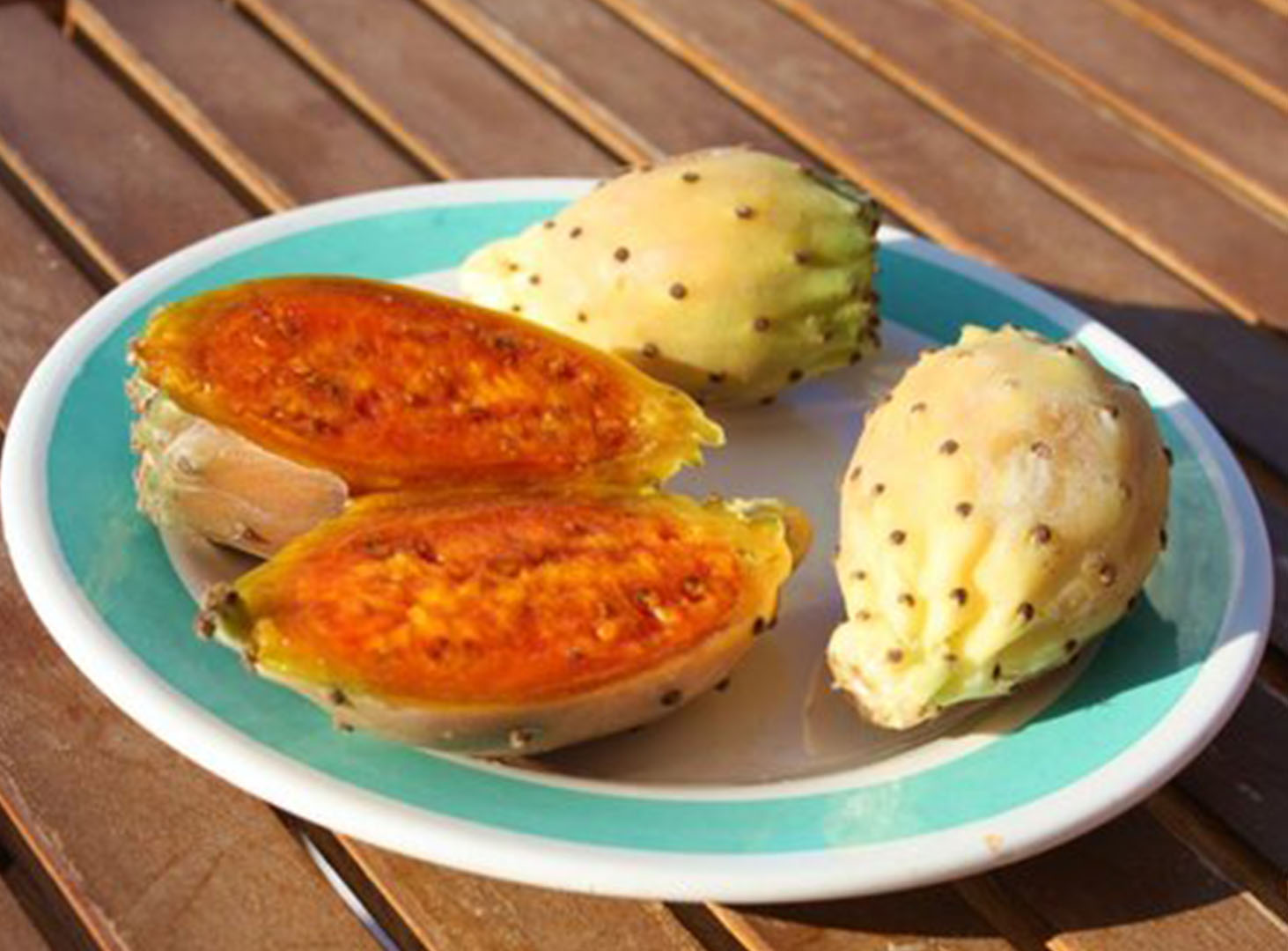 I peel them carefully!

Even if you are a daredevil who is not afraid of hedgehogs and scratching cats, remember that you can’t take a prickly pear with bare hands! A host of small spikes immediately yells into your skin, and you have to suffer for a long time getting rid of this scourge. So if you decide to score red balls near the road or in the mountains, take a barbecue tongs, for example, and a knife. Holding the ball with barbecue tongs cut it off and put into a basket (do not use a plastic bag!). If you still manage to grab thorns in the skin of your hands, do not touch anything else with them, especially your face. You need to take a tweezers and go to the sink to immediately wash off the removed small stings.

When you disassemble the basket with your trophies it is better to wear gloves, and arm yourself with a fork, and knife. When holding the “hedgehog” with a fork, cut off the skin at the “poles” with knife. Then cut the fruit along very gently, as if unfolding the fruit, remove the peel. They say that if you leave the fruits under a strong stream of water before peeling, there will be fewer thorns.

P.S. And what with the kernels? You can spit them out or even swallow. It is okay: they are not thorns