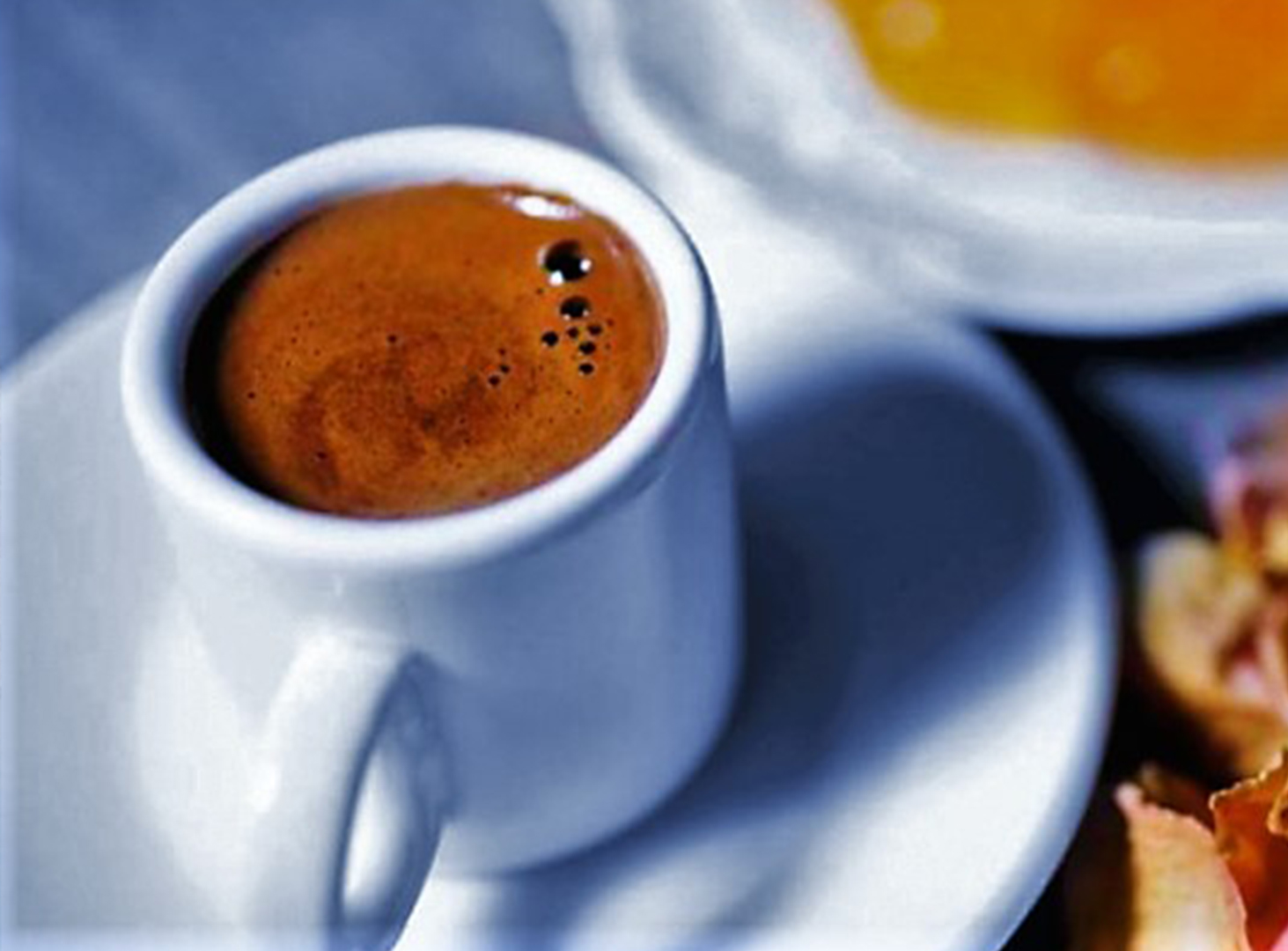 Greek coffee is a favorite beverage of the Greeks. Without a doubt, out of all kinds of coffee the Greek coffee was and remains very popular. The second position can take Frapa, a cold coffee. All kinds of newly common foreign coffees follow further: espresso, cappuchino, Freddie, etc. If in Russia or England the americano coffee is popular, here in Greece such a drink not occur.

Let’s go back to the traditional Greek coffee. The tradition of coffee-drinking appeared not so long ago in Greece and came with the Turks during their yoke. However, the Greek coffee has become an integral part of Greek culture now.

The Greek coffee is preparing from ground coffee or rather mixtures of different types of coffee, getting desired flavor. Usually coffee is mixed before roasting although it happens that the roasting precedes the mixing, but in this case the process is more time-consuming. Usually Harmani (matchet blend of coffee) is made from Brazilian coffee varieties Rio and Santos. Less, one uses coffee from Central Africa, it’s for lovers of a more rich taste.

Depending on the degree of roasting and proportion by mixing, the taste of the beverage may significantly vary in different brands of Greek coffee.

By the way, the name of the coffee does not matter, of course. A similar coffee is drunk in many countries of the East. Many Greeks still do not say “make coffee” and use the verb “oven” «Θα ψήσω έναν καφέ», meaning “bake coffee”, because in the past, coffee was really baked: a cezve (called here “briki”) was put in a hot ashes (“χόβολη”) or in a box with sand, placed on fire. Thus the Greek coffee was slowly “baked”.

The coffee can be prepared in a gas or electric stove now. Cezve (briki) must be sufficiently high and not very wide, ideally with a tapered neck. That the temperature of the coffee is evenly distributed and the crema (kaimaki, from the Turk word “kaymak”) gets quality.

What kinds of Greek coffee are?

A standard cup for Greek coffee is here about 50 ml. There are different approaches to the coffee. Somebody calls not to consume it at all, someone reminds scientific researches, showed that the coffee contains antioxidants and nutrients. We will not argue about it now, however the coffee is for Greeks not only a beverage but also a tradition. A cup of tasty coffee invigorates someone, clarifies the mind, but as elsewhere all is good in moderation. Up to 2-3 cups per day is okay, and more is too much.