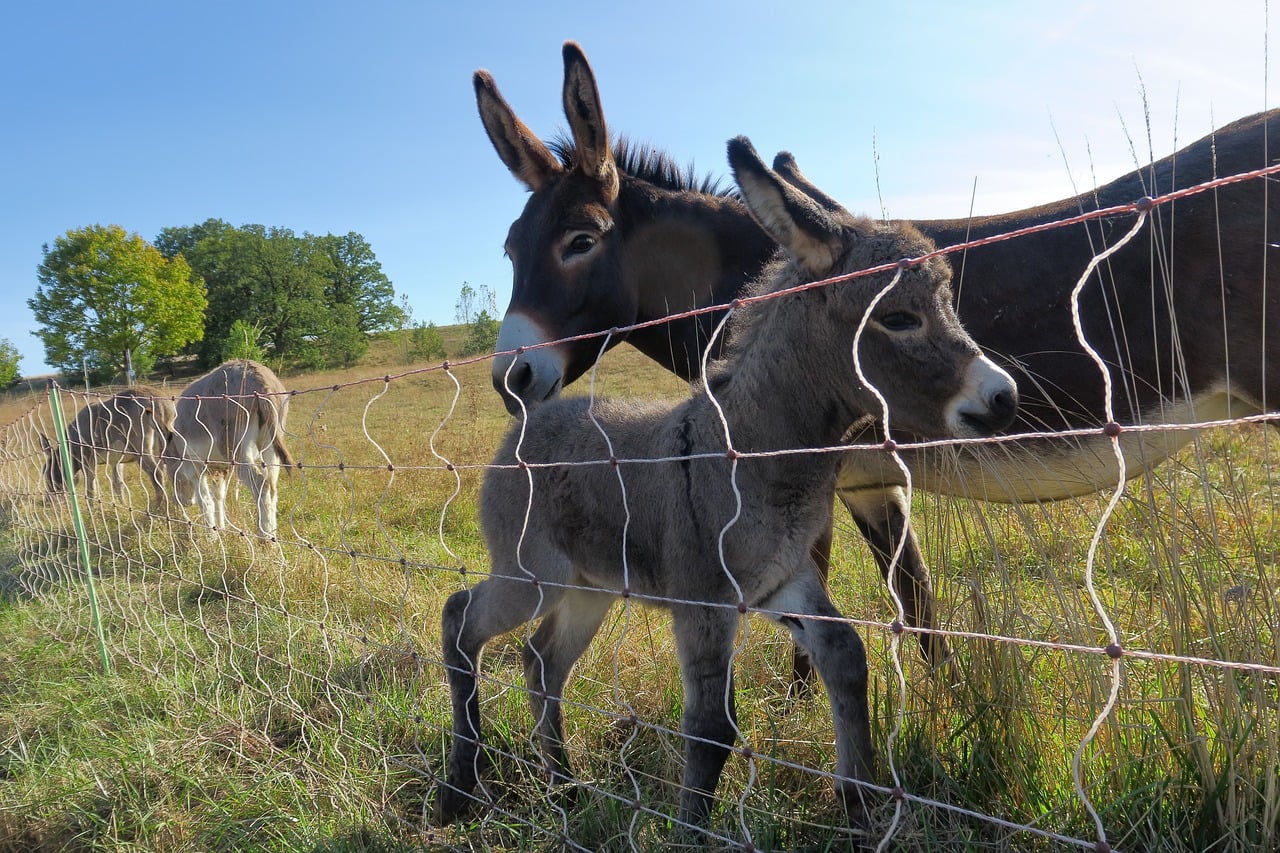 If you see a cozy bottle with the inscription Γάλα γαιδούρας (“Donkey’s milk”) in a Greek supermarket, take it without hesitation! Eared hard workers not only carry luggage (and tourists) where the iron horse will not pass, but also present their owners with the most valuable product – milk.

Donkey milk may seem like something newfangled, but in fact, people have been consuming it for thousands of years. It was also recommended by Hippocrates as a remedy for a variety of ailments, including wound healing and liver problems. Hippocrates paid special attention to the treatment of mental disorders and nervous diseases with donkey milk. In ancient Rome, rubbing the skin with bread dipped in donkey’s milk was popular. The effect of this procedure was similar to that obtained after peeling. Pliny the Elder, an ancient Roman author, mentions that “donkey milk erases wrinkles on the face, makes the skin softer and maintains it light”; and the Egyptian queen Cleopatra even bathed in donkey milk to keep her skin soft and radiant. They say that to fill such a bathtub, milk from 700 donkeys was required!

Well, a bath with milk is too much, of course, also because of the cost of a magic remedy for youth and beauty: the price per liter is from 30 to 100 Euros. “More expensive than champagne, but more effective than the elixir of youth,” the Greeks joke. But you can afford a couple of bottles (or a jar of anti-aging cream). 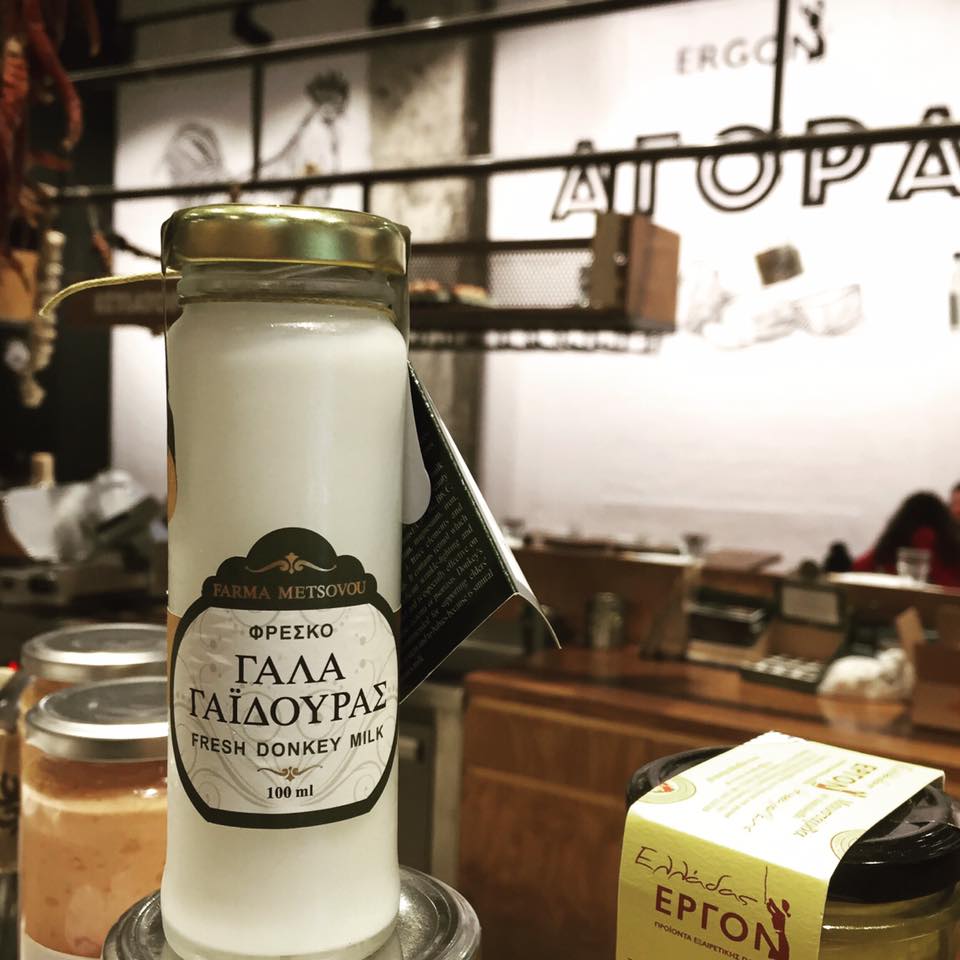 Modern researches show that donkey milk really has beneficial effects on the skin. It is today used in the treatment of many diseases. At just 1% fat, it is much richer than the bovine one in vitamin C and probiotics needed for the intestinal health. In addition, it is well absorbed by people with lactose intolerance. In the field of cosmetics, “Cleopatra’s remedy” is used in anti-aging creams and soaps, gels and shampoos. In addition, the composition of donkey milk is close to human breast milk. Therefore, it is often used for artificial feeding of premature and weak newborns.

Modern research on the beneficial properties of this product has begun quite recently, so these properties have not been fully studied. However, it is known for certain that donkey milk, being a natural and anti-allergenic product, does not bring any harm to the body. The only contraindication is individual intolerance.

Why is it so expensive?

Donkeys rarely become pregnant, and not earlier than three years of age. The gestation period is more than a year (372-374 days). A donkey needs almost as much feed as a cow, and it gives much less milk: from 400 ml to 1 liter per day. Moreover, half of this amount is required for feeding the donkeys. Let’s now calculate…. 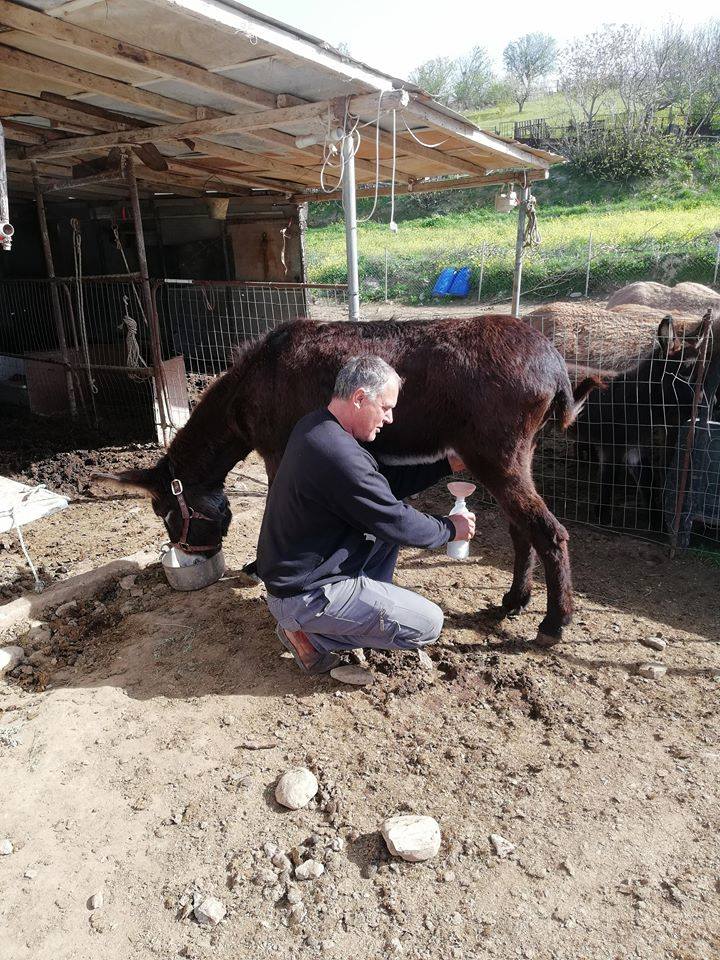 Despite the high price, the demand for this product is only growing in Greece, as is the corresponding business. An example of such a thriving business is its manufacturing in Nigrit, Macedonia. Milk from this region is so prized for its nutritional and cosmetic properties that it actually costs more than French champagne. It is often sold for over € 50 per liter and is processed to produce cheese, nutritional supplements, cleansers, moisturizers, anti-aging soaps, sweets and liqueurs.