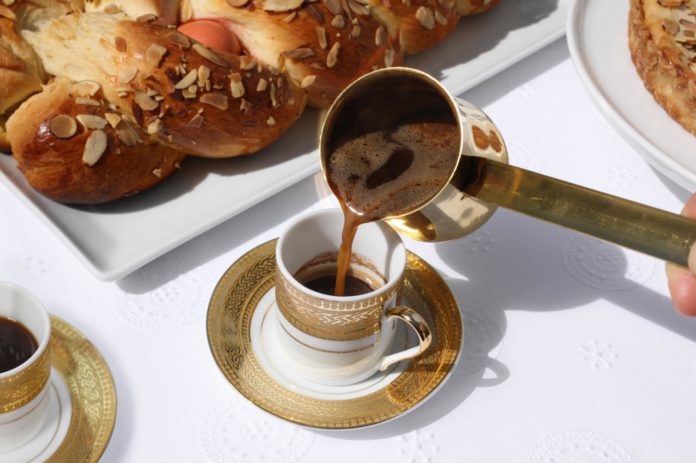 It’s strange, but the concept of a “Greek breakfast” is absent in Greek hotels, coffee houses, taverns and restaurants. Taking a walk in the morning along the cafes in the resort areas of the Greek islands, you will see signs indicating the English or European (sometimes called Mediterranean) breakfast. Don’t you think this is strange for a country with so many quality original products?

In most hotels, breakfast buffet includes Danish butter, French marmalade and croissants, German sausages, eggs, bacon. Hotel management believes that such a breakfast is preferred by most guests, someone talks about the high cost of local products.

Maybe the owners of hotels need to think about the supply of local products, at least in small volumes? For many, Cretan rusks can be a good alternative to croissants, and an omelet with feta, and tomatoes in strapatsada is a good addition to bacon.

Sometimes a real Greek breakfast can be obtained in small family hotels, where the owners in every way draw attention to the cuisine of their country.

Since the gastronomic part is important for getting acquainted with any country, the Hellenic Chamber of the hotel business (the organization exists since 1935) has developed and started to promote the project “Greek breakfast”.

This program is designed for breakfasts in hotels using local traditional dishes and products.

What does the Greek breakfast include? There are bread, dried bread, dried fruits, olive oil, yogurt, fresh fruit, vegetables, pastries, cheese and honey. In addition to these basic products, local specialties are offered, distinctive to each region or island.

Let’s consider the features of breakfasts on different islands.

The business card of Santorini is the wine of Vinsanto. It’s produced since the 12th century and has received world recognition since the 18th century. It’s a dessert wine rich in its bouquet. The name Vinsanto dates to the 16th century, when the barrels of local wine were marked in transportation with inscriptions vin (of) santo.

On the island, you must try crackers (with honey, cinnamon, butter, almonds and raisins), tea from mountain herbs (“Malotyra”), pies “kalitsounia” or “pittarakia” with spinach, dill and wild herbs, omelet with tomatoes, and zucchini (sfouggato) as well as stuffed grape leaves. 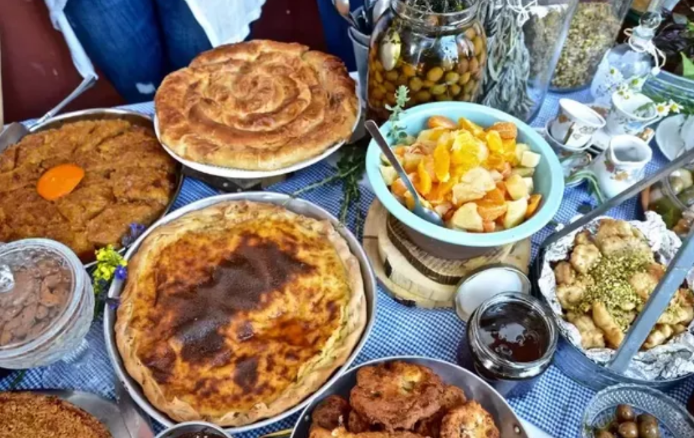 Mykonos
In Mykonos, you can enjoy tea with verbena, a variety of buns with sesame, raisins, spices, and grape must (Moustokouloura), onion pie with local cheese (tyrovolia), traditional pie with cheese, honey and cinnamon (melopita) as well as different sweets with almond.

Here you will find one of the most unusual drinks in Greece – Tsitsibyra (ginger beer), Kumquat liqueur, Sykomaida rolls from dried figs, pudding with yoghurt, onion pie with goat cheese ladotyri and thyme.

We wish you a wonderful stay and delicious impressions!