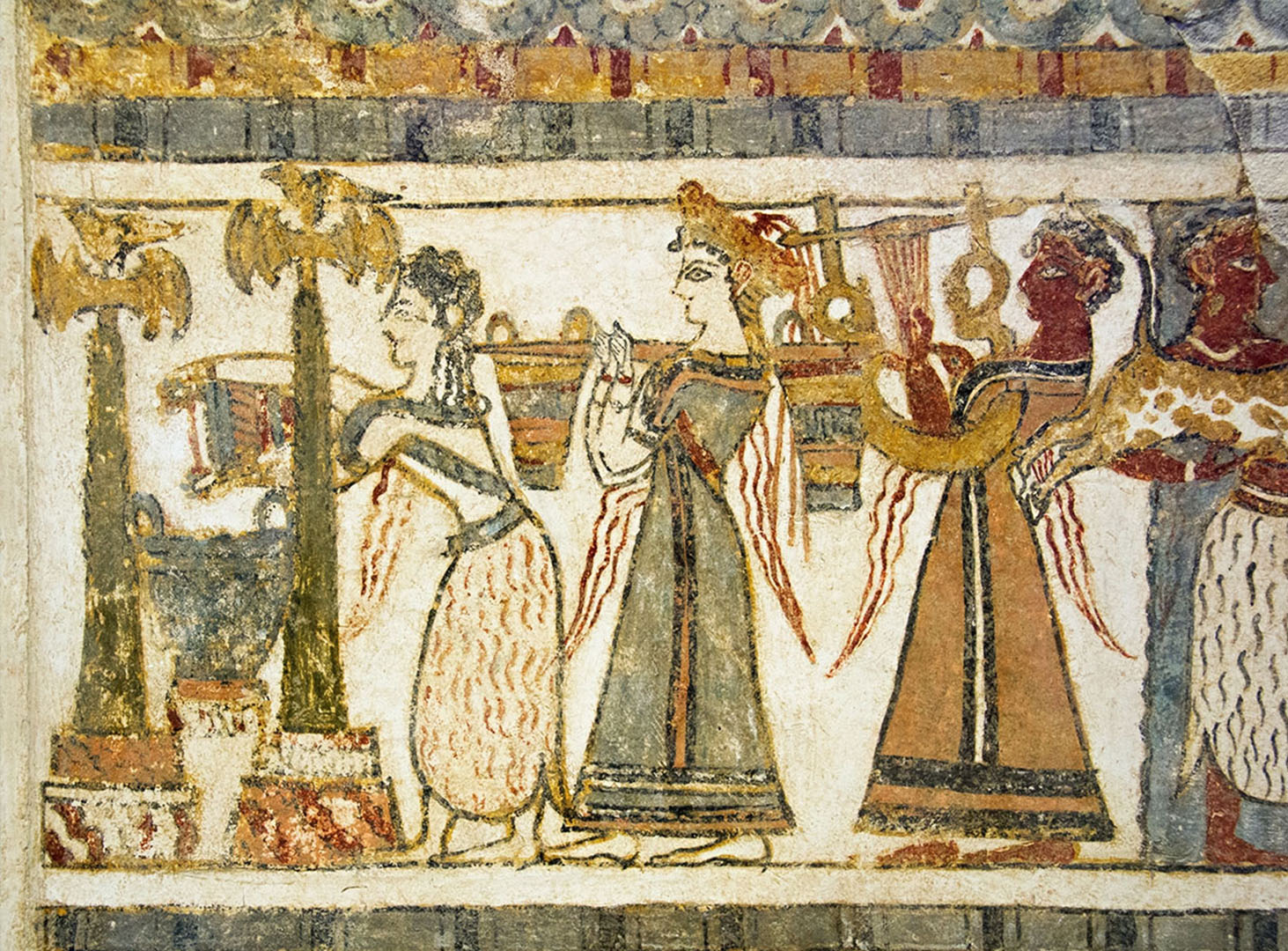 Cronus (Greek Κρόνος) was one of the Titans born from marriage of the primordial god Uranus (the sky) and the goddess Gaia (the earth) in the ancient Greek mythology. Fearing a prophecy that he would be doomed by his own child, he began to swallow all his offspring.

Minos (Greek Μίνως) is the legendary king of ancient Crete, son of Zeus and Europe. He is credited with the introduction of the legislation on Crete and the strengthening of the sea power of the island. It is believed that during the reign of Minos the civilization of the island reached its zenith.

Zeus (Greek Ζεύς) was the supreme god of Olympus, of the sky, thunder and lightning, god in charge of all word. From his own father, Cronus, he was saved by mother Rhea and placed on Crete. According to a Cretan embodiment of the myth, Zeus was given to the education of priests of Rhea, nursed by a goat named Amalthea in a cave of Mount Dicte.

Minotaur (Greek Μῑνώταυρος) was a monster with a human body and bull’s head, a child of an unnatural love of the wife of King Minos Parsiphaë for a bull sent by Poseidon. Minos hid him in the labyrinth built by Daedalus.

Theseus (Greek Θησεύς) was a son of the Athenian king Aegeus in Greek mythology, conqueror of the Minotaur and liberator of Athens from domination of Minos. Historians suggest that it was a real person, reformer of Athens which established democracy.

Arthur Evans – a British historian and archeologist, an expert in ancient writing and discoverer of the Minoan civilization. Since 1900 he led 40 years excavation at Knossos and in his writings reconstructed the history, culture and religion of ancient Crete.

Minoan civilization named after King Minos and having a special culture and writing was a civilization of the Bronze Age (2700-1400 BC) in the island of Crete. After Dorian invasion of Crete, Minoan culture fully disappeared, and indigenous population has been assimilated by the Greeks.