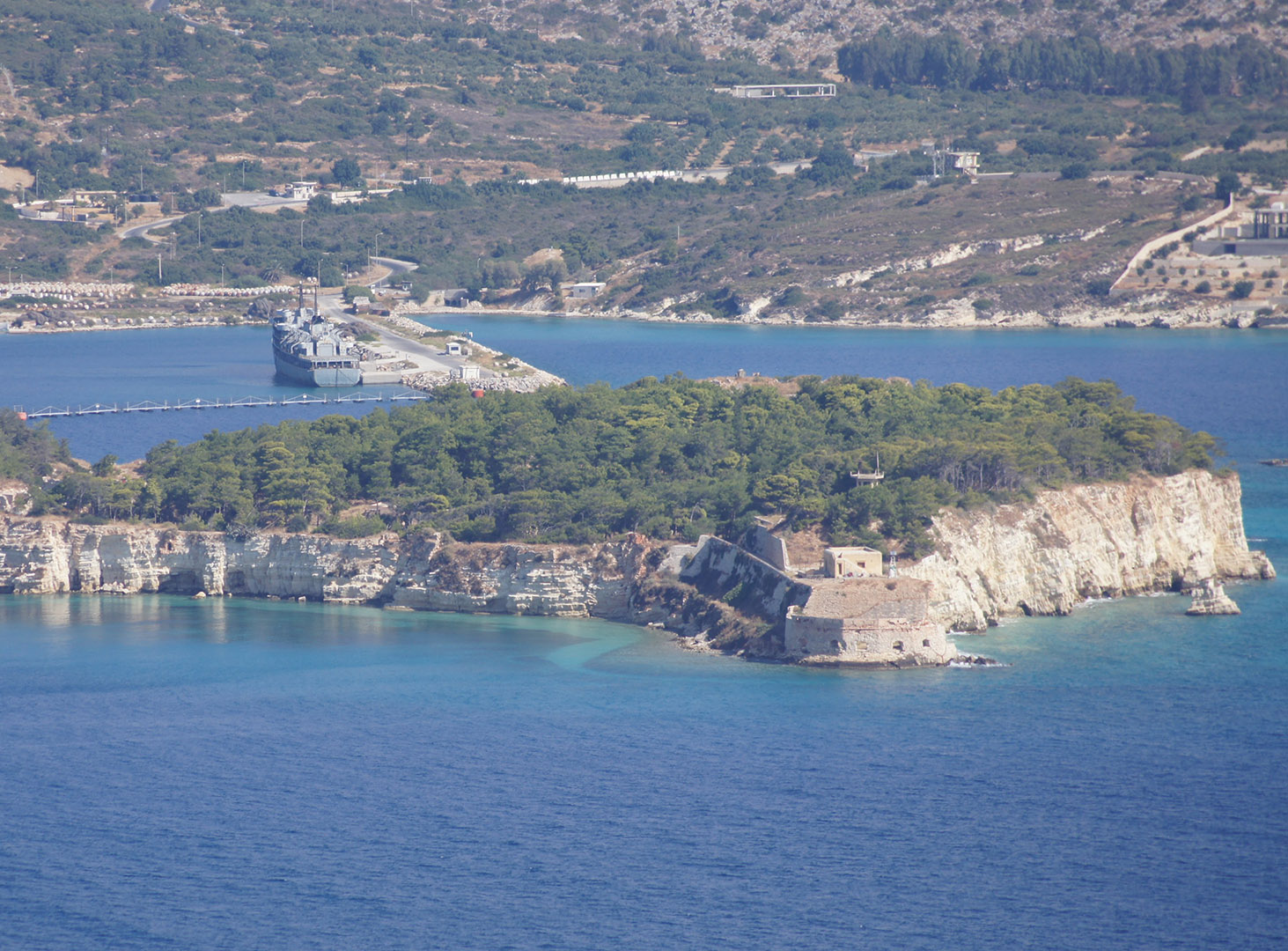 Souda Bay is a natural harbour in the administrative unit of Chania on the northwest coast of Crete. The bay is 9 mi long and 1 to 2,5 mi wide having a depth of 224 yards.

Souda Bay is the deepest port of the Mediterranean Sea. Geologically, this is a large collapsed fissure formed 2 million years ago. This bay is the largest natural harbour of Greece. It’s the only one in the country capable of supporting an US aircraft carrier, which last entered it on May 23, 2018.

Souda in its importance and destiny is very resembling to Sevastopol. For example, both ports were actively attacked by Italian saboteurs… The both were meting places for ships of not the friendliest powers….

The bay is located between the peninsula of Akrotiri and Cape Drapano. On both sides it’s surrounded by hills. A group of small islands with old Venetian fortifications is not far from the entrance to the bay, between Akrotiri and town of Kalyves. Souda, the largest of these islands, gave its name to the whole bay lying south of it. The surrounding area of the bay is a favorite place for tourists.

On the shore of the bay, there are port facilities, which served from ancient times to supply the rich antique city of Aptera. The first mention of this city dates back to the 14th-13th centuries BC. Another nearby ancient city was Cydonia, which flourished in the Minoan era: the city of Chania is now located in its place. 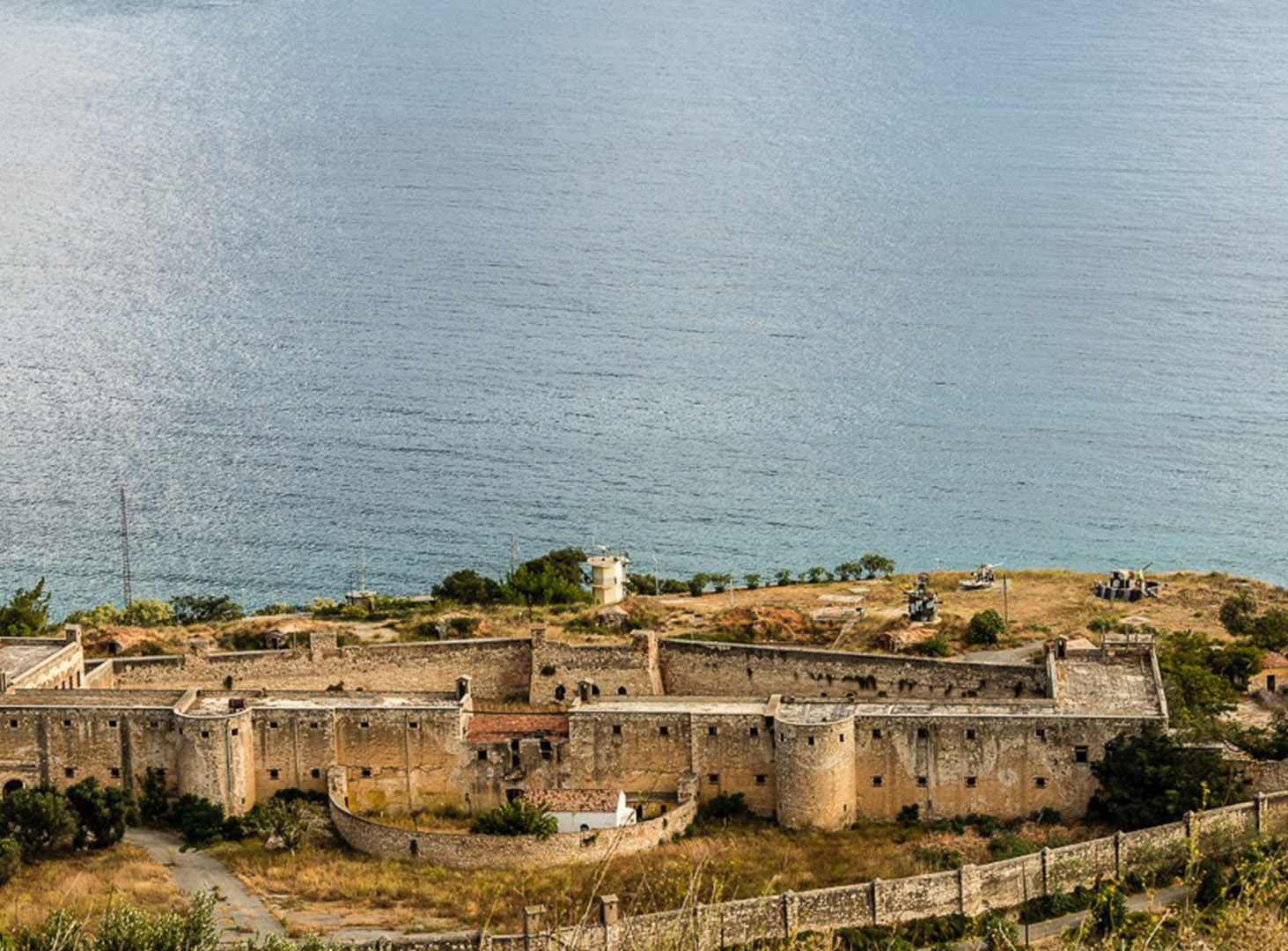 The entrance to Suda Bay is protected by two fortresses facing each other: the fortress of Souda, on the island of the same name, and the fortress of Izeddin on the shore of the bay. Together they could completely block the entrance to Souda, making it one of the most impregnable harbours of the Mediterranean.

Some little mentioned fact about the legendary cruiser “Aurora”, which once visited the Bay of Souda: in the spring and summer of 1912, the cruiser was part of the international squadron of “patronizing powers” in Crete. The future symbol of the revolution served as a Russian standing force in the Bay of Souda. For more than 15 years, the presence of the international squadron hampered the escalation of tension around the island. At the same time, the big powers looked after each other so that someone suddenly did not strengthen its positions in the region. A known episode was the preclusion by the squadron of Cretan deputies’ travel to Greece to participate in the parliament’s decision on the inclusion of the island in the country. For a while, some Cretan deputies caught in the sea by the British were even detained on the “Aurora”. The detainees were treated cordially and did not experience any problem.

During the Second World War, a sabotage operation was conducted in the Gulf of Souda against British ships that were stationed here. The Italian assault unit (the 10th MAS flotilla) attacked the British ships with the help of exploding boats. Heavy cruiser “York” and the tanker “Pericles” received serious damage and were disabled.

Since 1951, on the shore of the Gulf of Souda is the Souda naval base of the Greek Navy. It’s one of the strongholds of NATO naval forces in the Eastern Mediterranean. The NATO Naval Forces Center for Maritime Operational Training is deployed here. As part of the base, there is also an airfield for aircrafts of the US Navy and the Air Force of Greece. 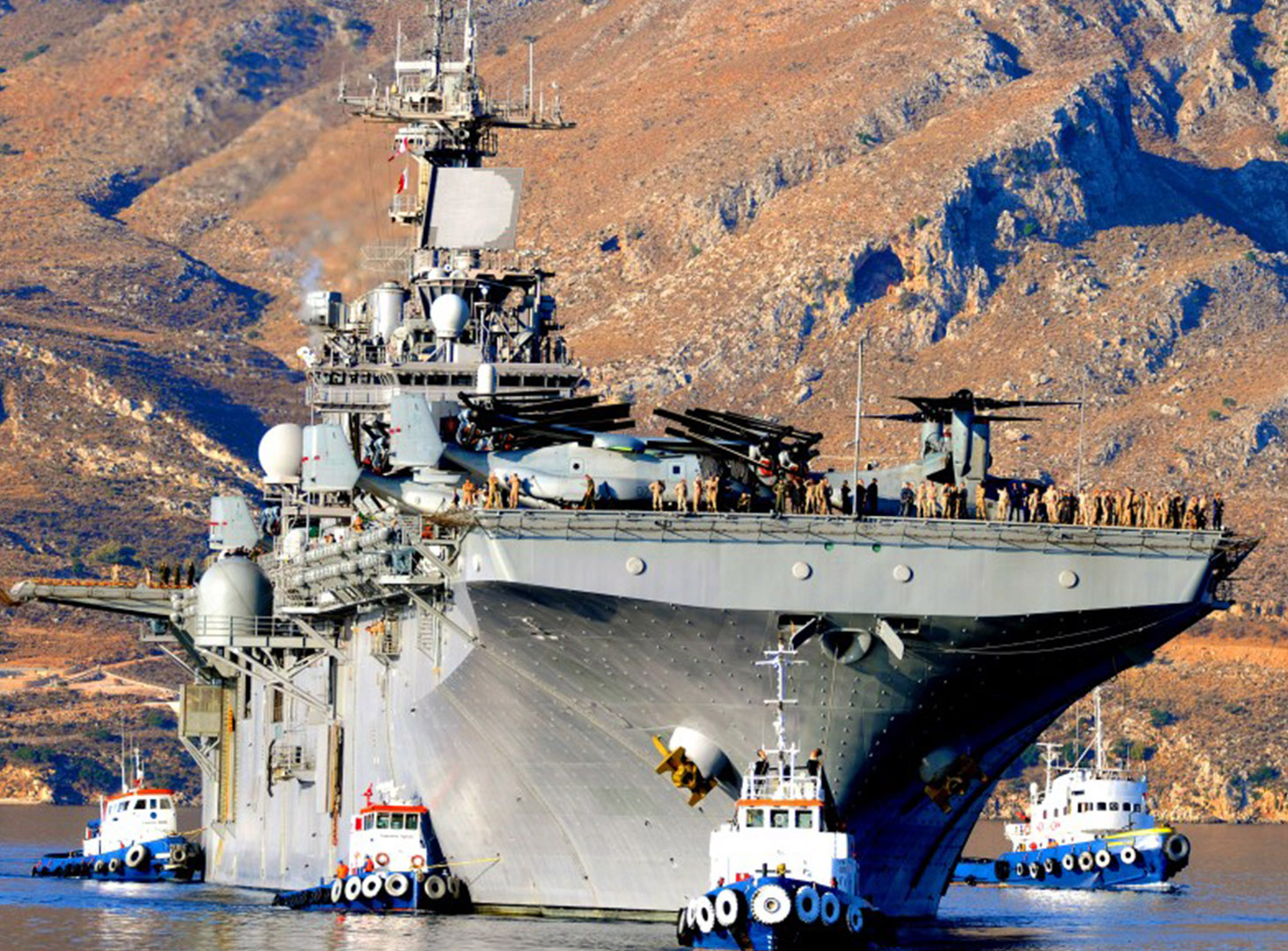 The Souda base is distinguished by its worthy technical characteristics and allows supporting ships of all classes, including the ones of the Russian Navy. The anchorage of the base in the roadstead has a depth of up to 31,7 yards. Simultaneous parking for up to 30 ships is possible on the roadstead. In addition, the base provides repair of ships, including destroyers. At the exit from the bay, there is a polygon for submarines, and on the Akrotiri peninsula there is NAMFI.

At the moment on the coast of Souda is a small town of the same name. The city of Chania is gradually growing and also approaching the Gulf. Souda is the most important port in West Crete, one of the safest in the Mediterranean. This is due to relatively large depths, a flat bottom, a smooth coastline and a narrow entrance that prevents the formation of internal waves. The passenger and cargo ports are directly in the town of Souda. Their location is easily determined by the huge silhouettes of the ferries and the towers of grain elevators.

The cruise port of Souda is visited by up to a hundred liners and more than 150 thousand passengers per year. It’s located 3,7 mi. from Chania, where transfer is provided. 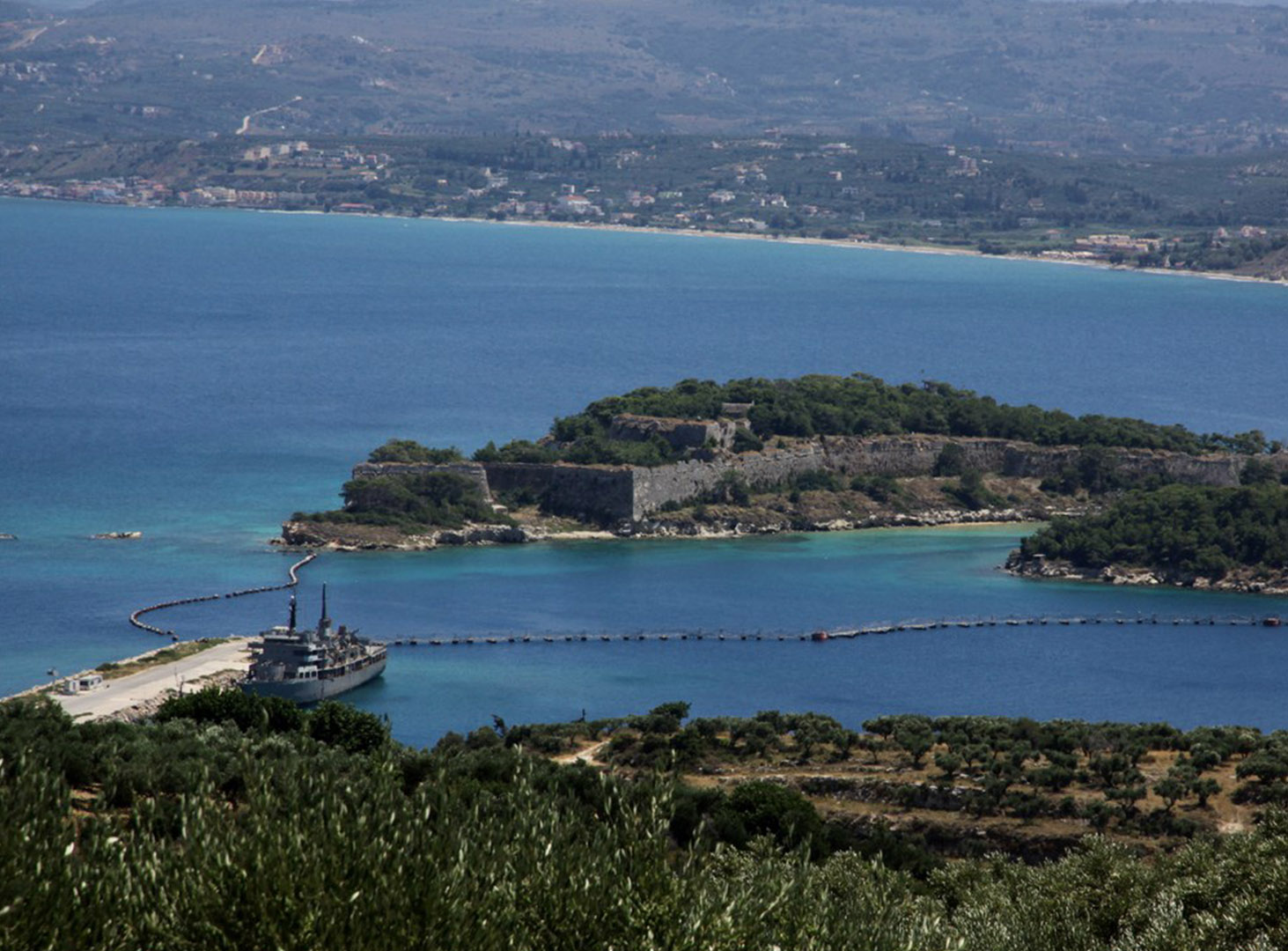 When visiting the neighborhoods of Souda, remember that photographing from many points around the bay is prohibited. Even in some taverns on the shores of the bay (for example, in those on a cliff along the national highway), there are warning signs. All activities in the Gulf are secondary to military interests. For example, the ferry schedule is secondary, when NATO ships are entering.

Our warships were also in the Gulf of Souda. On January 17, 2013, a Russian marine detachment of the Northern Fleet, consisting of the large anti-submarine ship Severomorsk, the rescue tugboat Altai and the medium sea tanker Dubna, made a call at the port of Souda.