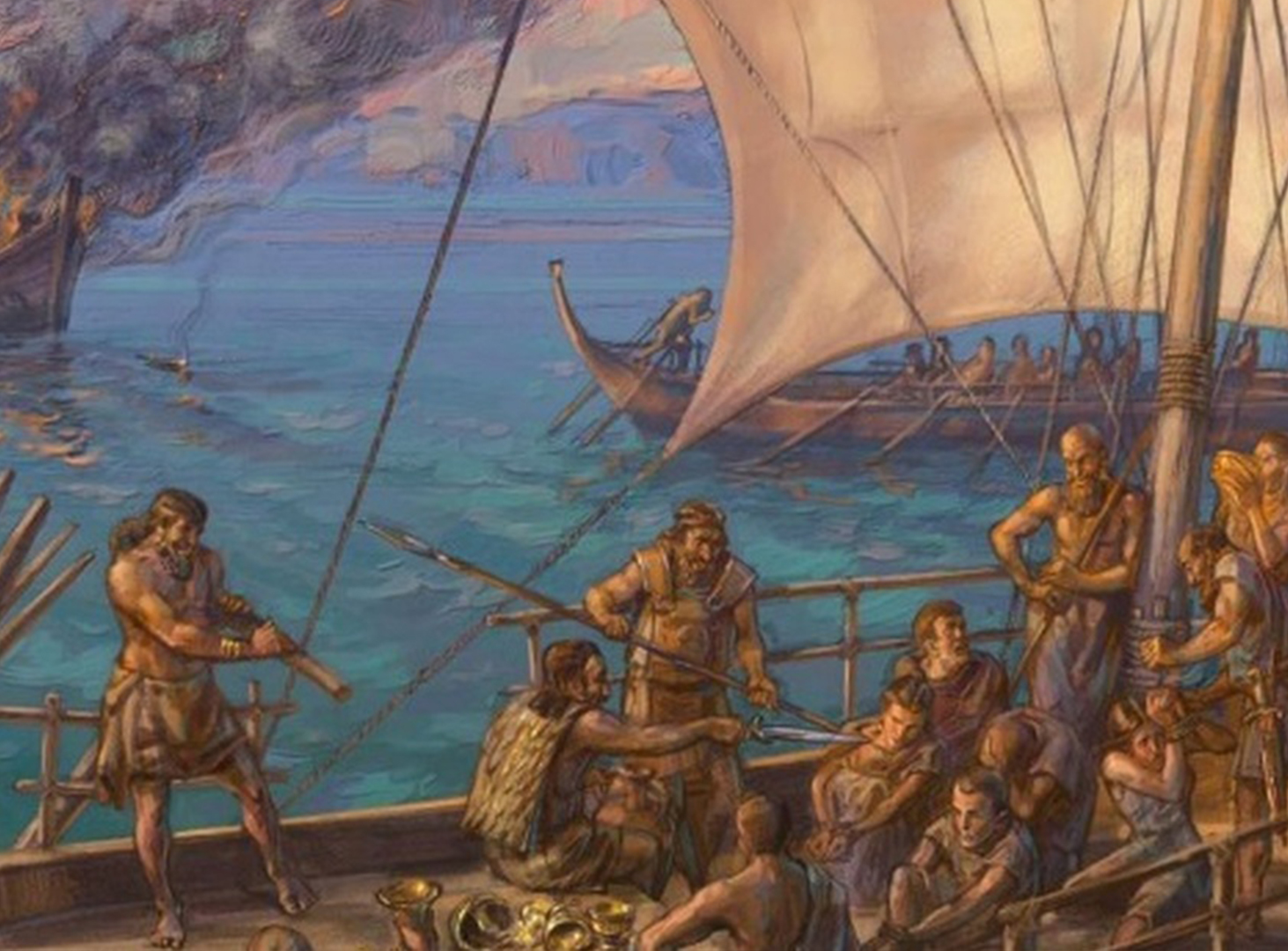 The history of piracy begins almost simultaneously with the history of shipping and trade. Where exactly man began to systematically use sea means, we know – in the Mediterranean Sea long before 3000 BC, when the first surviving vessels were created. This confirms the emergence of a mature culture of unknown origin in Crete around 6000 BC.

Part 2. Continued. Start read in number 12, 2018 or on the website http://thenewgreece.com/unknown-crete/piracy-and-crete/

At the beginning of V century BC during the Ionian uprising, the tyrant of Miletus Histiaeus was engaged in piracy. This richest and, moreover, commercial port city was located on the shores of the Gulf of Miletus. Much more later, the river of Meander (nowadays Büyük Menderes in Turkey), which fell into the bay, contributed to the deposition of land into the bay resulting that the sea is now far backed down for many miles.

With the rising of maritime trade, pirates in Greece were beginning to regard as a very dangerous evil. The Great Amphictyonic League fights the pirates, deciding that no one merchant ship has the right to have more than 5 crew members. In Athens, a special corps was formed for coast guard duty and action against pirates. The Athenians struggled with foreign pirates very effectively. The first known attempt to systematically suppress and, at the same time, prevent the moral decriminalization of piracy was made by Athens in the 5th century BC. By providing political and economic control of almost the entire Aegean Sea through the creation of the Delian Union, the Athenians began a fierce struggle against anyone who threatened the ships with goods.

The activity of pirates in the Eastern Mediterranean resumed at the end of IV century BC, after the weakening of the Athenian fleet, which dominated the sea for almost 150 years. The hemiolia invented by the Carians in Asia Minor became the main means of their sea robbery of the time.

It seems that the Tyrrhenians occupied the main place among the sea robbers at the end of IV-beginning of III centuries BC, then conceding this role to Cretans. Although the ancient texts mention only a small number of names of specifically pirated cities (Allaria in West Crete and Ierapetra), they have many evidences of Cretan piracy.

Indeed, from the beginning of the first millennium, when the island was conquered by the Dorians, and before the Hellenistic period, the Cretans brought fear and awe to the sailors. Cities such as Cydonia or Eleftherna have become major trade centers thanks to slaves (mainly women and children) and goods from piracy. Alexander the Great normalized maritime trade, but the subsequent wars of the Diadochi led to the flourishing of piracy. The Diadochi were not simply incapable of controlling the sea, but on the contrary often sought the cooperation of pirates in wars among themselves, turning piracy into a method of regulating naval equilibrium in the Eastern Mediterranean. Many hired Cretans and Aetolians in the III century BC served all who offered more during the war for robbery of ships and cities on behalf of the sovereign, doing it also in peacetime.