Skip to content
TheNewCrete > Recreation > Tertsa: old Crete as it was 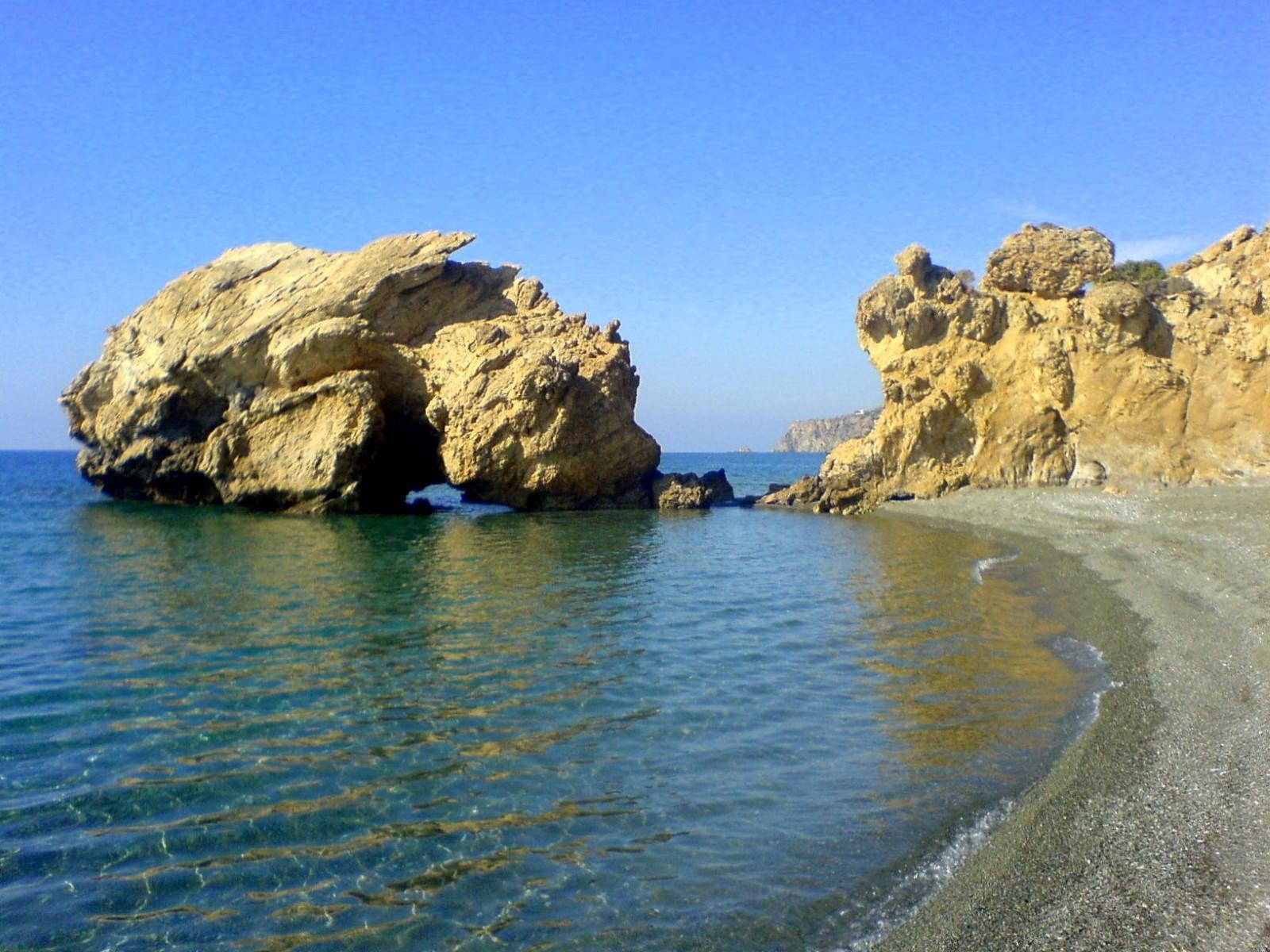 Tertsa is a small village in the southeastern part of the Heraklion region (prefecture) of Crete, belonging to the municipality of Viannos. There are there no more than 70 permanent residents. It is the farthest village in the southeast of the prefecture: to get there, you have to cross almost the entire region through the villages of Viannos and Sykologos. Those who rest in the area of Agios Nikolaos and Ierapetra can get to Tertsa through the resort village of Myrtos.

The village is located in a small, beautiful and fairly green valley through which the Tsountas River flows in winter. Tertsa has a quiet beach with coarse gray sand, small pebbles at the entrance to the sea and crystal-clear water. The beach is spacious with its wide coastline. In the area of the village, it is equipped with sun umbrellas and sun loungers. On the western edge of the beach, there is an unusual, often photographed rock «Psaroharako». Another small and beautiful beach is hidden behind it and is even more interesting than the former.

If you go along the road from the large beach to the north, into the depths of the valley, you will see on the way to the Church of St. George several tangerine, orange and banana plantations.

Tertsa is not very well known to tourists, therefore it is one of the last places of old Crete which is definitely worth a visit. Here you will find out what Crete was like decades ago. Due to the remoteness from the cities and major resorts of the island, there are not many people here, even at the peak of the tourist season. For those who want to stay away from the noise of the city and crowds of tourists, Tertsa is the best choice.

There are several taverns by the beach of Tertsa – for example the Lambros tavern. It offers sun loungers at no cost to admire gorgeous view of the rock of Psaroharako and of the blue waves of the Libyan Sea. Traditional Cretan and Greek cuisine are prepared here in a cool place in the shade of large trees. Guests are offered refreshing drinks and juices throughout the day. The tavern is open daily from April 1 to October 31.

More information about Tertsa can be found on the website https://tertsa.gr/en/

Distances between the village and the beach of Tertsa and settlements:

they are 78 km southeast of the city of Heraklion;

6 km west of the resort village of Myrtos;

21 km west of the town of Ierapetra;

54 km southwest of the resort town of Agios Nikolaos.