Skip to content
TheNewCrete > Orthodox Crete > “They are inseparable: proven over centuries” 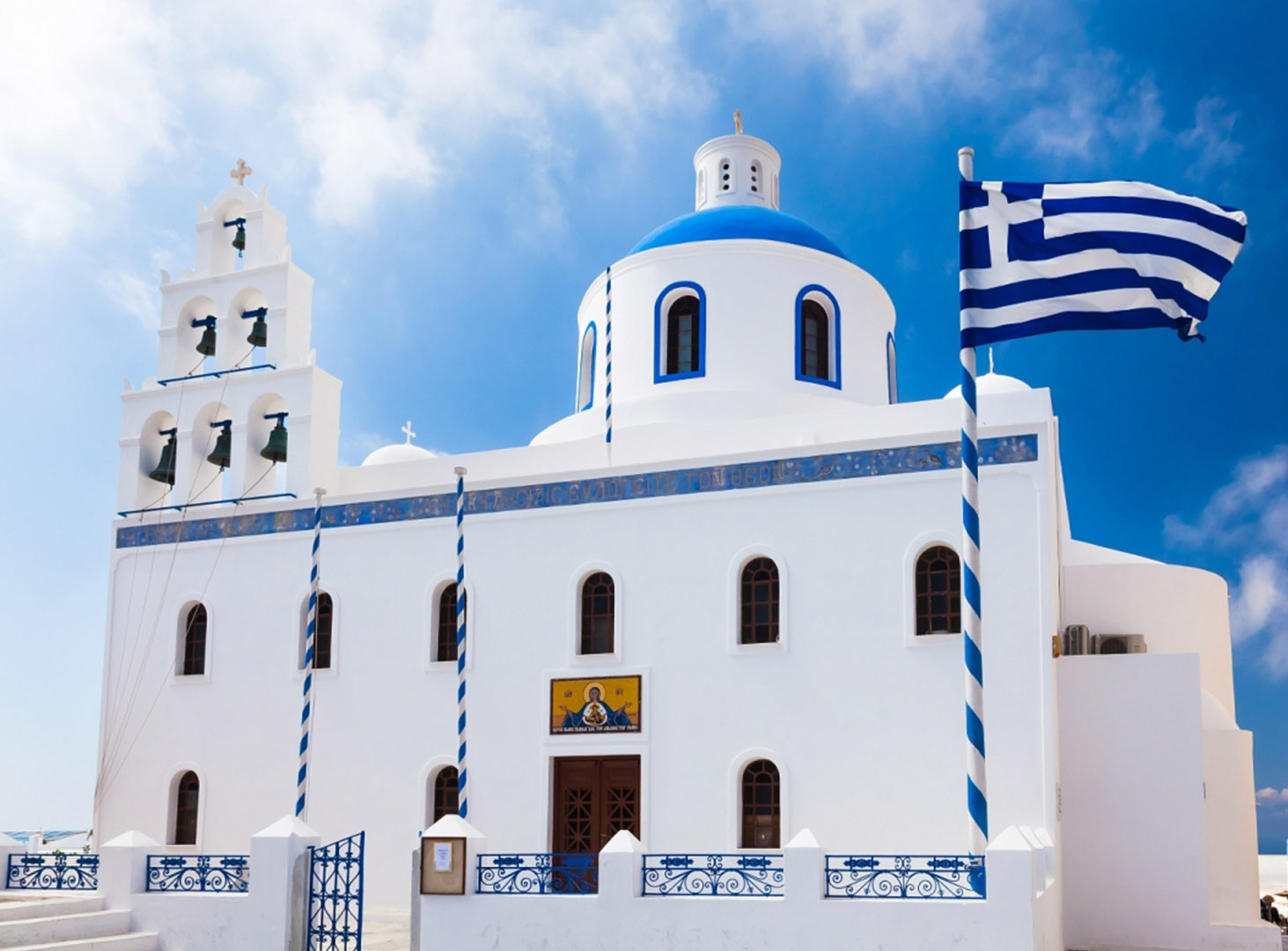 On November 25, 2019, Greek parliamentarians voted against amendments to the country’s Constitution. The amendments provide for the separation of the church from the state, media reported. This suspended the long-term process of a “fermentation” in Greek society but hardly putted a period on.

The Greek Orthodox Church is not separated from the state; and it is a very influential force in the country: it has the ability to influence all important government decisions in the field of both domestic and foreign policy, the Internet says. Priests of the Greek Church receive salaries and pensions from the state. On assuming office, the President, Premier Minister and members of Government usually take the oath on the Gospel before the Archbishop of Athens and All Hellas saying: “I swear in the name of the Holy, consubstantial and inseparable Trinity to observe the Constitution and laws…” In addition, Greece is the only European country whose Constitution establishes the Orthodox Church as dominant. In June 2004, the European Court of Human Rights called Greece the only EU country where “violations of religious freedom are perceptible”.

Talk about the separation of the church from the state in Greece (a member of the EU) has been going on for a long time, but any attempt to limit the rights of the church ran into resistance not only from clergy but also from ordinary citizens. Over the centuries of the Ottoman yoke, the church in Greece became an indisputable authority: it not only gathered, helped to survive and comforted but also became a center of resistance helping preserve national identity. So it was during the Second World War. Nowadays the church plays a prominent role not only in politics and government but also in the ordinary, everyday life of almost each Greek. Apparently, it embodies the national idea, which makes the society one. According to the Internet, in a 2012 survey, 95% of Greeks called themselves Orthodox Christians.

Everything flows, everything changes

The first prime minister who risked taking the oath according not religious rules was Alexis Tsipras, the leader of SYRIZA party. He vowed “to abide by the Constitution and laws in the interests of the Greek people”. In 2016 he proposed also to change the relationship between the state and Church, to make appropriate amendments to the Constitution.

The separating of the Church from the state began with a school reform. In particular, the Education ministry of Greece announced its intention to change the teaching of religious studies at school, transforming it, “from a preaching lesson into a lesson about the world religions”. “The school should train citizens, not believers” said Minister Nikos Filis. In September, the ministry issued also a decree according which morning joint prayers of schoolchildren and teachers are no longer obligatory in all educational institutions in Greece; and already in November 2018, news feeds were full of headlines like this: “In Greece they determined the conditions to separate church and state”.

It was reported that the Prime Minister of Greece Alexis Tsipras and the Archbishop of Athens and All Greece Ieronymos II agreed on conditions for the separation of church and state in the framework of the constitutional reform. The Greek government acknowledged that payed underestimated compensation for church property received earlier and therefore “took upon itself the payment of salary to the clergy… as a compensation for acquired church property”. Now the state and the church recognize that the clergy will not be considered state servants, and, therefore, will be excluded from the unified state register of payments. At the same time, the Greek state is obliged to annually pay a subsidy to the church, which amount corresponds to the current salary of current priests and will be adjusted in accordance with the change in wages in the Greek state. “Such changes for the country, where 98% call themselves Orthodox, are revolutionary”, the press noted. 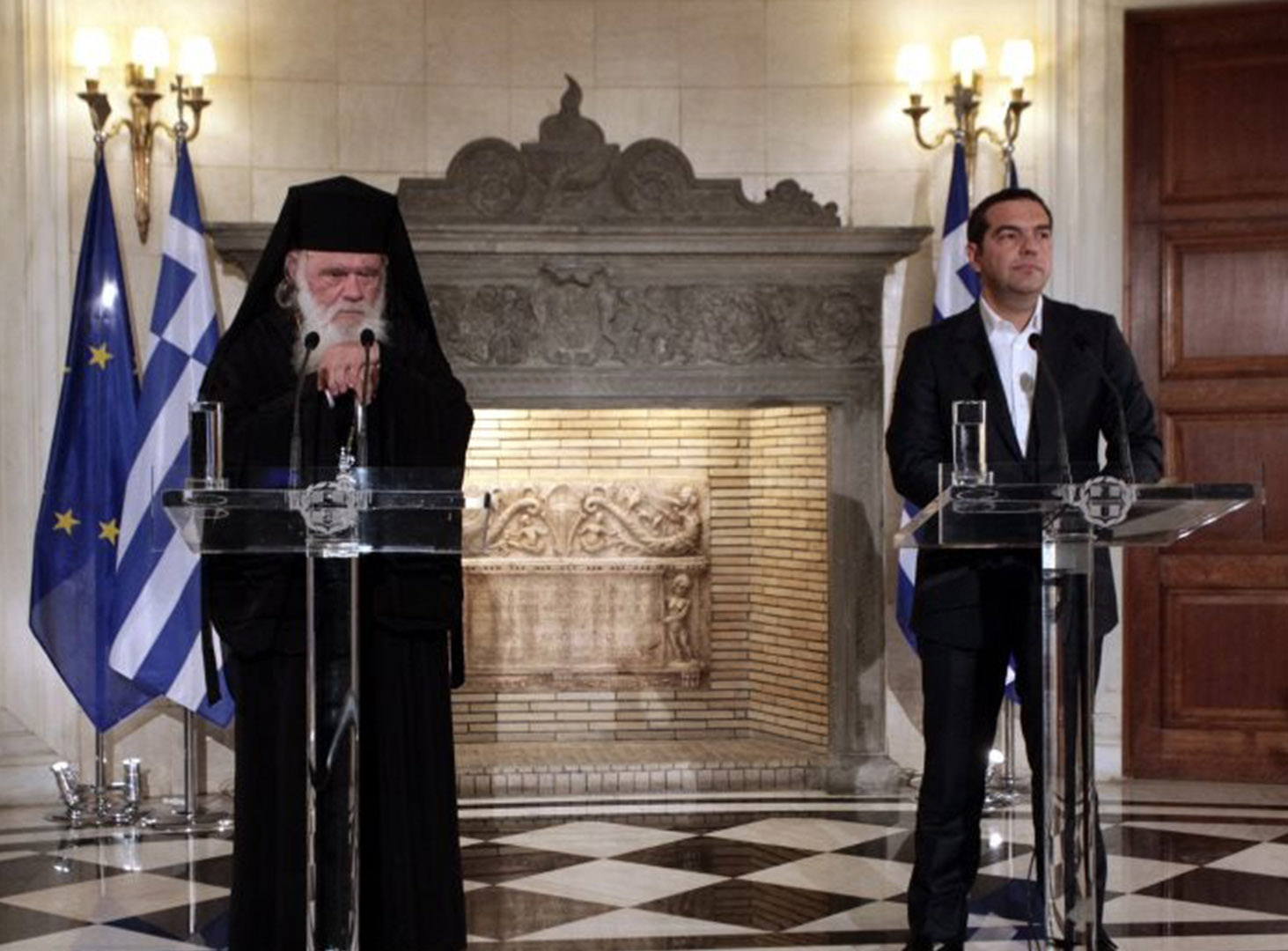 The time has not come

But in spring 2019, SYRIZA lost the election to the “New Democracy” and, when voting in parliament on November 25 was unable to carry out its constitutional amendments regarding the separation of the Church from the state. True, the parliament nevertheless voted to change the order of presidential election, to provide the right to vote for Greeks living abroad and some other points.

“The Greek parliament as a representative body, despite the respective intentions of government and the church itself, did not find any reason to doubt the centuries-old model of the relationship between the church and the state”, commented Andrei Klishas, Chairmen of Committee on constitutional law of the Council of the Russian Federation.

We searched on ruskline.ru for an interview with the Metropolitan of Zakynthos Chrysostom, one of the prominent figures in Orthodox Greece. Surprisingly, the 2007 interview did not lose its relevance. Judge it for yourself according to the following part of its text.

– …What awaits the Church of Greece, if Greece accepts the European Constitution? The latter involves the separation of the church from the state…

– The European Constitution is just an international treaty with a certain validity period, we do not even know with which one; and Christianity is already 2,000 years old. I really notice that some of our bishops have a certain fear of this separation, but the head of our church, Archbishop Christodoulos (the First Primate of the Greek Church, elected democratically and died in January 2008) expressed himself in the sense that, if they tell us that hierarchs are not needed at the opening ceremony of the parliament, we will not lose from this, and I believe that separation from the state will not harm the church, but it can hurt the state.
The church serves eternity, independent of current political decisions. We do not keep the believer by law or by a gendarme. Christ is light and freedom. “Whoever wants, take your cross and follow me”—and people are coming. Not because it is prescribed by Constitution but following their hearts.

– Will the church have problems; let’s say of an economic plan, if its separation from the state does happen?

– If the government of the state with 98% of the Orthodox announces that, let’s say tomorrow the salary for the clergy will be canceled, I’m afraid this government will not last long. The people will simply rise and will demand the preservation of the existing status for the clergy. A priest in our country performs a certain function, no less important for the state than the functions of a teacher, tax officer, police officer. The state gives priests a salary that comes from citizens’ taxes in return for the huge property that the Greek Church transferred to the state from the 50s.

– Milord, would you like at the end of our conversation to return to the topic of relations between the Church of Greece and the EU. Some time ago, the European Parliament discussed the issue of the world’s only monastic republic of Athos: depriving of autonomy and access there of women—in the name of respect for human rights.

– But it seems, the matter has already reached a level of the unequivocal recommendations to the Greek government from the EU …

– No, this is only a discussion so far. They cannot force. If this is my house, I have the right to keep my doors closed.
Composed by Svetlana Zaitseva