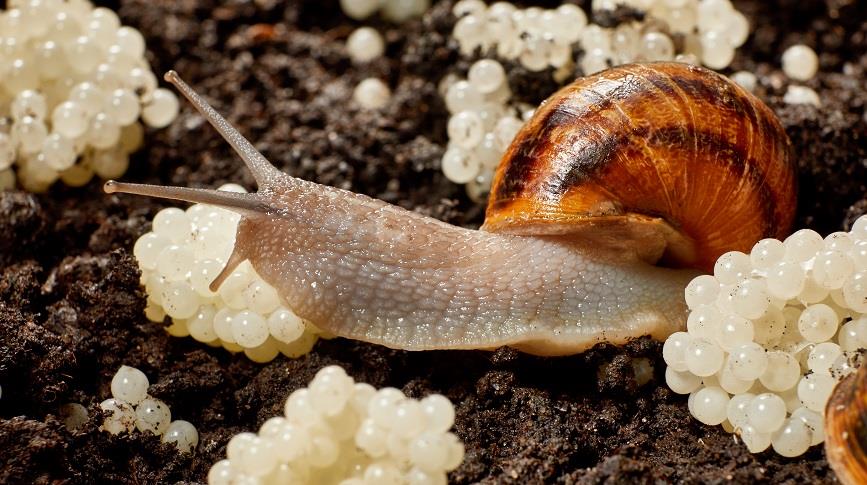 Black caviar is no longer in vogue; now another delicacy is held in high esteem—white caviar. This caviar is nothing more than fresh or processed snail eggs, sometimes romantically referred as the “pearls of Aphrodite.” Snail caviar is not a novelty, but just a forgotten ancient product. Mentions of it date back to the times of Ancient Egypt, where the caviar of grape snails was used as a powerful aphrodisiac for both men and women.

Snail caviar is becoming more popular and more expensive. It is a secret ingredient used by chefs of expensive restaurants to experiment and prepare unique dishes both in Greece and abroad. “Snail caviar gives us the opportunity to surprise guests even at the stage of appetizers”, said a restaurant chef explaining his culinary experience. 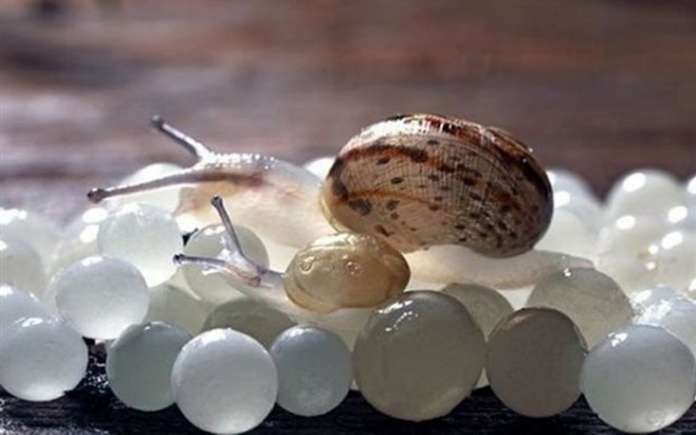 People who first tasted this novelty at Christmas dinners were delighted. Caviar was served on the thinnest toast as an appetizer for champagne. And now these white eggs in elegant jars are scattered from Greece throughout Europe.

The white caviar of the Mediterranean snail has already replaced and surpassed the famous sturgeon caviar and has become the pinnacle of haute cuisine outperforming fish caviar in terms of chemical composition and gastronomic qualities. Properly prepared caviar has a delicate moss aroma and is quite neutral for its taste: it is important to prepare and serve it correctly. It goes best with wild mushroom dishes: the delicate mushroom flavor comes to the fore. 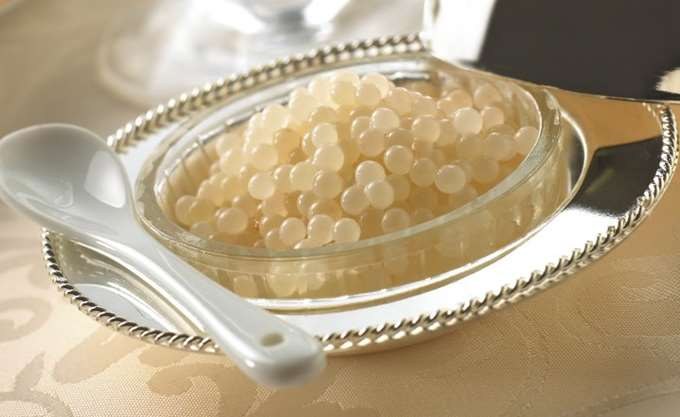 Despite its small size – from 3 to 6 mm, – each snail egg has a rich nutritional composition, like any egg containing a large amount of easily digestible protein, various vitamins, as well as trace elements: potassium, magnesium, zinc, iron and copper. In natural state, eggs are colorless. After processing, caviar can be creamy, pinkish-white or white.

Snail caviar is considered to be a dietary product: 100 grams contains about 90 kcal, that is, three times less than black caviar. It is used for the prevention and treatment of diseases of the cardiovascular system, thyroid gland, genitourinary system and liver. Snail caviar is even recommended to be included in the diet of children and the elderly. 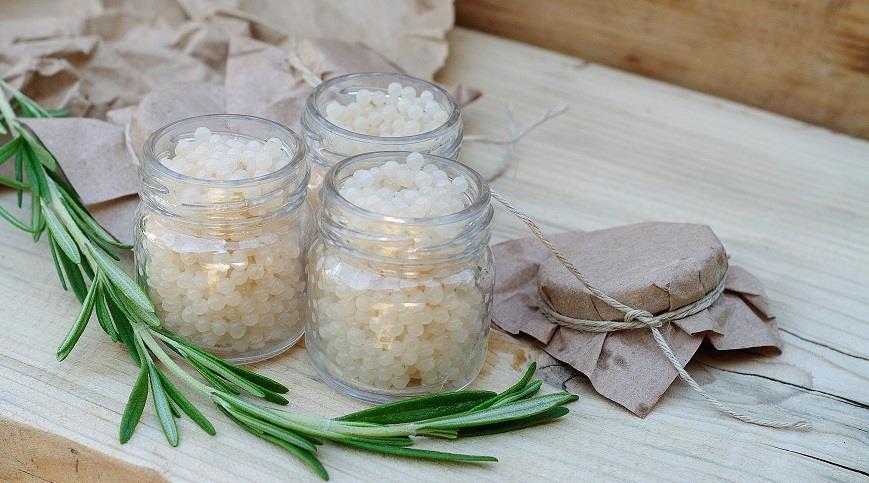 The consumption of snails and their caviar is growing rapidly: the demand for them exceeds the supply. In Europe, for example, demand is satisfied by no more than 60-70%. Experts note that China is currently the world leader among consumers of snails: its inhabitants consume about 40% of all snail products. They are followed by France, Italy, Greece, Belgium, Romania and Poland in the rating for the consumption of these shellfish.

Collecting snails in Western European countries has long ceased: almost all the soil is used and there are no large natural populations of molluscs. Market needs are met mainly through the import of live molluscs from Eastern Europe and South-West Asia (grape, or garden, snails collected in natural populations, as well as artificial breeding).

Snail farming is a new area of production. Its intensive development over the past 20 years shows that this activity can give a good economic effect at low cost in the shortest time. Some snail farms also collect and process snail eggs in parallel. 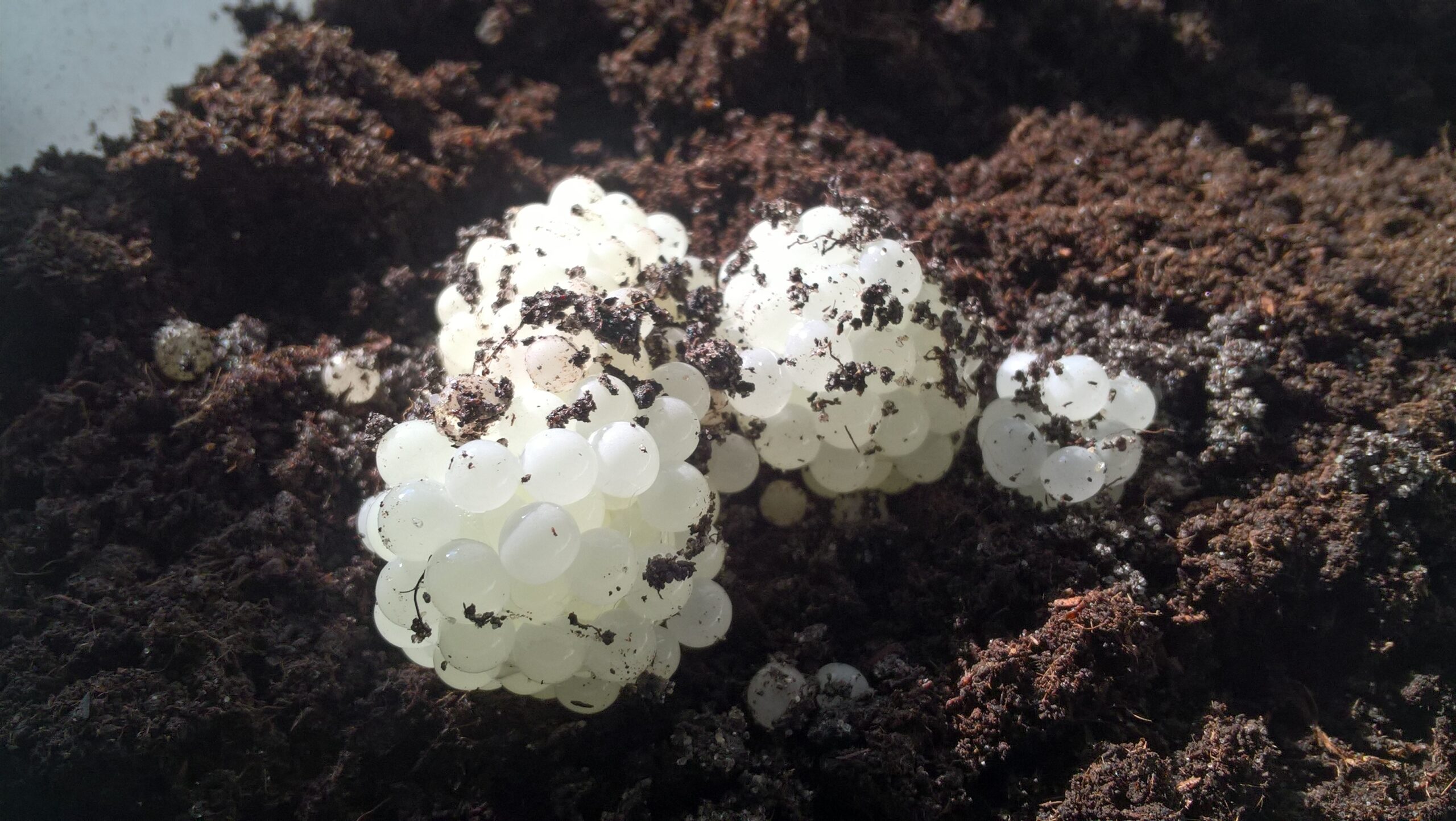 Every snail can give caviar. They are hermaphrodites, i.e. have both male and female genital organs. The snails are planted in pairs and they fertilize each other. Since snails lay their eggs in the ground, after mating, the producers are planted in special small pots with soil. Then the valuable contents of the pots are placed in an incubator.

It seems that it is easy work and money. You collect the eggs and put them in jars. Everything turns out to be more difficult to check. To get 4 grams of caviar, farmers need to “shovel” 50 grams of soil into which snails burrow their offspring. Therefore, at first, the inedible mixture is sent not to jars, but to the laboratory, where people process each egg. Everything is washed, sieved and sorted with tweezers. Damaged or spoiled eggs are discarded. Then the caviar is placed in the brine to salt and thereafter is packed under vacuum in small jars (the shelf life of the product is up to one year). 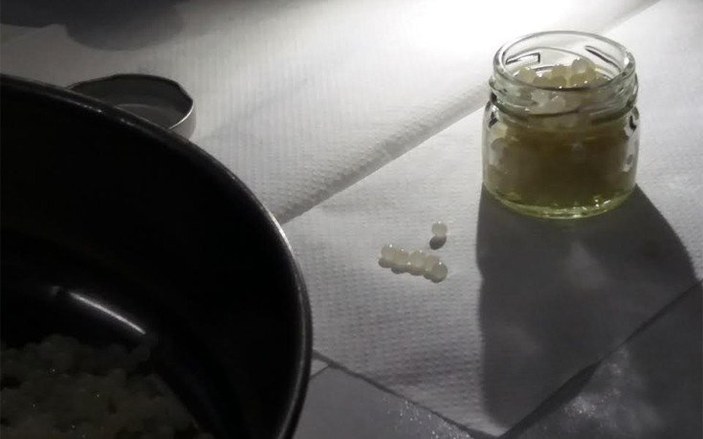 The rather high price of Mediterranean snail caviar is justified, because the process of its extraction and processing is quite laborious. In addition, one snail produces no more than 4 grams of eggs per year. The price is highly dependent on market fluctuations. Small jars of 35 grams have retail prices ranging from 80 to 100 Euros, and the price per kilogram reaches 3200 Euros. In the largest department stores in London and in the famous Harrods, the delicacy is sold from 65 to 70 pounds for 30 grams.