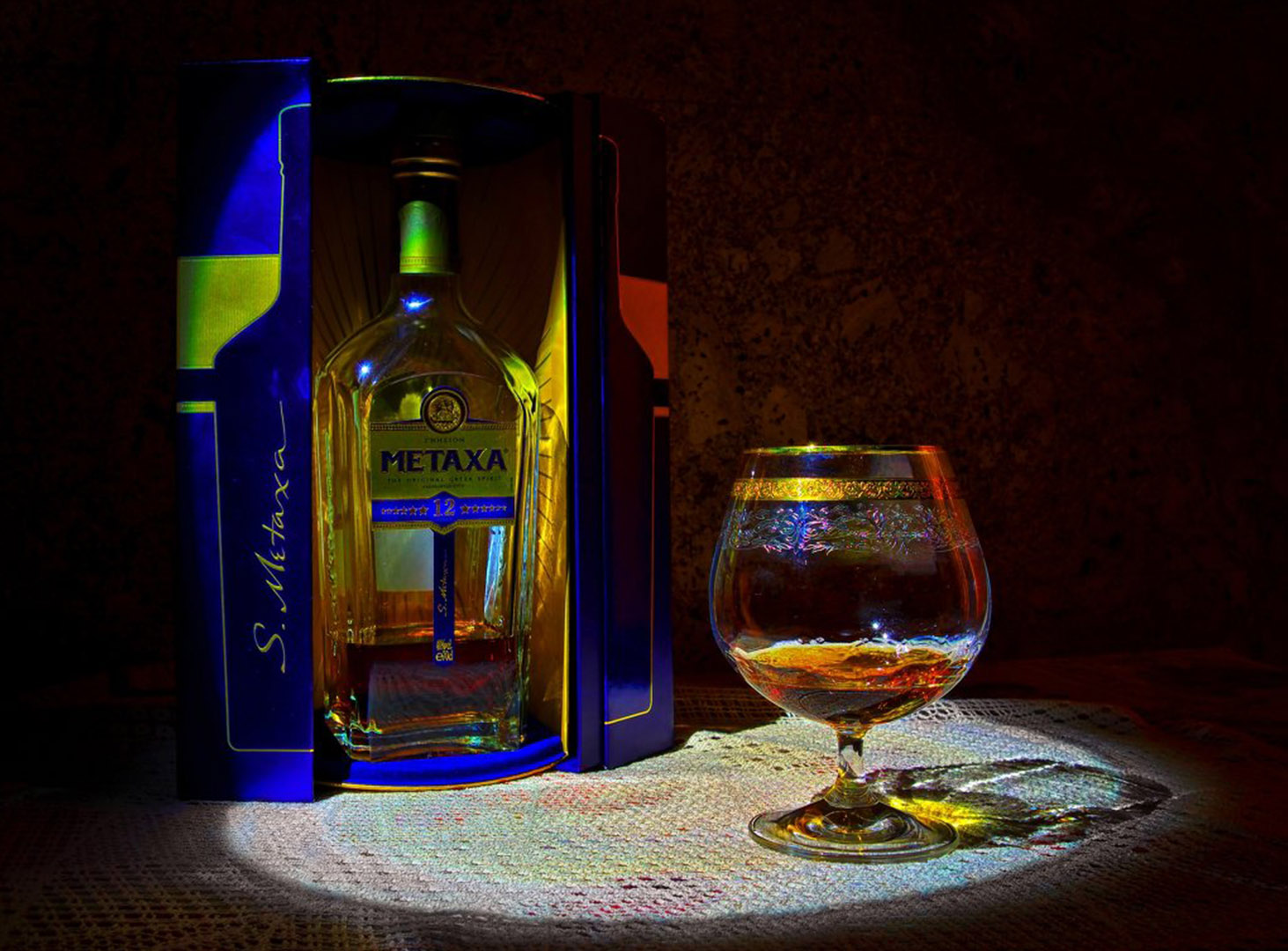 Just think, some 132 years ago, the Greeks had never heard of Metaxa brandy which has now become the hallmark of Greece. They drank their raki, ouzo and wine and did not know that one of the descendants of Dionysus had a dream…

Once Spyros Metaxa, a merchant and tavern owner, as well as a big lover of cognac, thought: what if brandy is used to make an exclusively Greek drink, combining two characters—grape distillates and Muscat wine? “In secret from everyone, he begins to search and create a perfect, smooth and pleasant blend that delights the nose and palate… Patiently and painstakingly he created a unique amber-colored mixture, which he was proud to give his name to,”—said in an interview the oldest technologist of the enterprise Konstantinos Raptis. A unique alcoholic drink with a strong character and a mild taste—this is how Spyros Metaxa wanted to be his drink. 38% alcohol provides it with a strong character; softness gives rich Muscat wine from the Aegean islands. Light notes of vanilla and oak are from French oak barrels, the aroma of Muscat and dried fruits gives grapes, plus there is a secret bouquet of Mediterranean herbs.

Apparently, our hero was a patriot and esthete, and a persistent one. His previous business was connected with spices, high-quality coffee and chocolate. In 1888 in Piraeus, he opened his own distillation plant (along with his brother); and already in 1892 the first batches of Metaxa have been sold throughout the country, and then went to Turkey and Egypt. In 1895, the Metaxa brothers company received its first gold medal at an international exhibition in Bremen; and Metaxa began its triumphal march through the Middle East, Russia, and Europe. The company became the supplier of the courtyards of the Greek king George and of our Alexander III. In 1900, a unique alcoholic beverage came across the ocean to the United States, where it was called “flying brandy.”

When Spyros Metaxa unexpectedly early passed away, the business fell on the shoulders of his wife Despina. The Greek woman turned out to be worthy of her husband: she managed production and sales without loss (despite the upheaval of two world wars!). Later, the profitable business passed to the grandchildren, Ilias and Spyros Jr. It was the latter who laid the six-ton ​​barrel 70 years ago, the distillate of which is added today to the most expensive types of Metaxa. In 1968, a new plant was built in the northern Athenian region of Kifissia… By the way, as an emblem of their company, the Metaxa brothers took an image of a soldier from the island of Salamis depicted on a coin they have found during the construction of their first factory in the port of Piraeus. 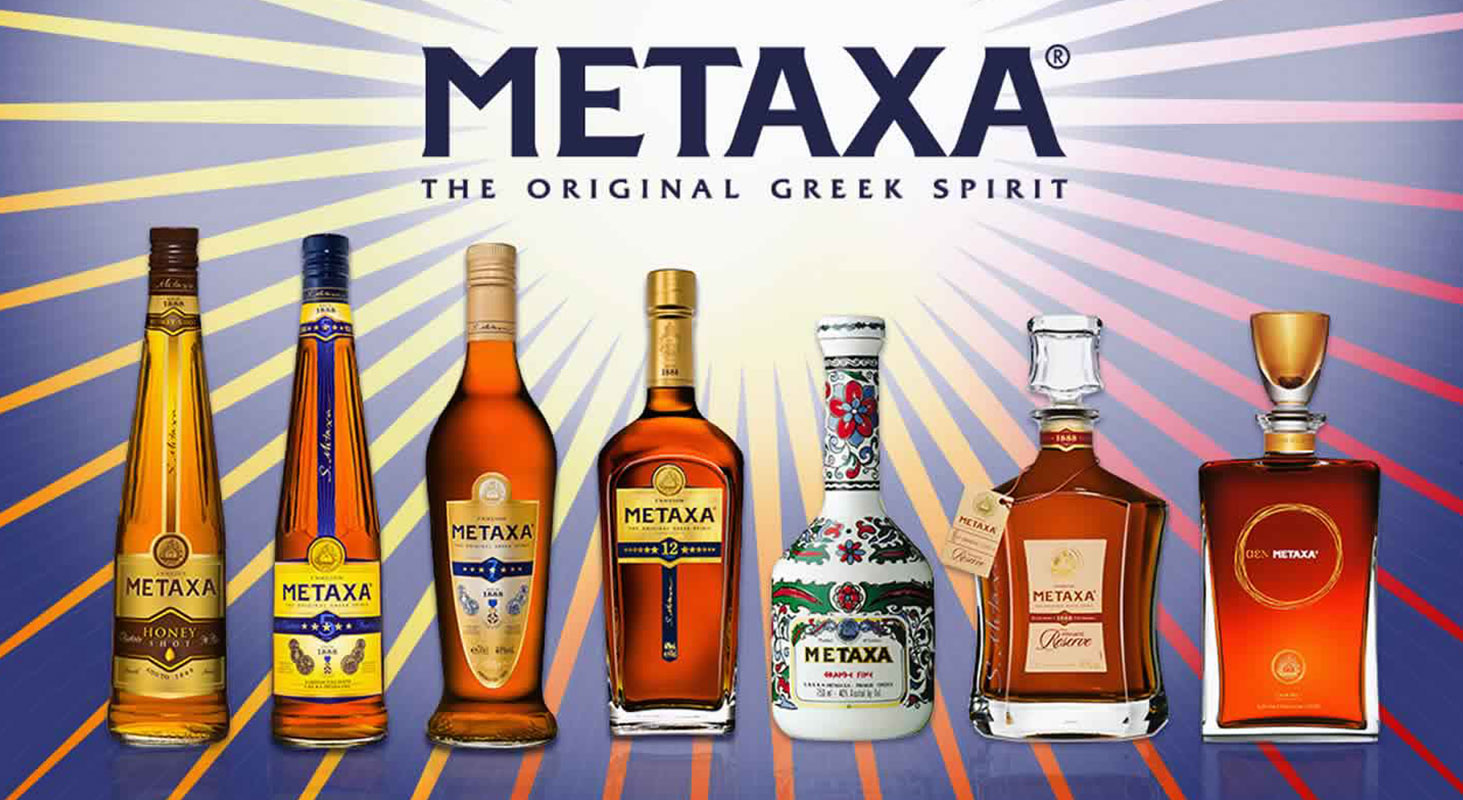 The only thing which the time gives perfection

No, metaxa is not wine or even brandy, experts say. This is a unique alcoholic drink, only a Greek one. Today, the METAXA brand is in the top 50 of the best-selling in the world, and the plant exports about 60% of its products to more than 60 countries: 40% are consumed by the Greeks themselves. Metaxa is served to guests at diplomatic receptions; the company is an official supplier of European royal courts. According to unconfirmed reports, this is the first alcohol that was tried on board of a spacecraft. Every minute in the world, bartenders pour 850 glasses of metaxa.

New types are produced on modern equipment: for the anniversary of the company, for example, but the unique recipe of Spyros Metaxa remains their basis. This recipe is more secure than a technology for strategic weapons, and only a select few know the secrets of the composition passed down from generation to generation. Kostas Raptis, for example, is a Master of Metaxa production for over 25 years and not only follows all the details of the processing, but also… fuels interest of mass media in this secret recipe.

Metaxa as a work of poets

…I get brandy alcohol by double distillation of wine from grapes grown in three Greek areas—on Crete, in Corinthia and in Attica,—says Kostas Raptis.—I myself choose blends and evaluate their character and potential for aging. Also, for years and sometimes decades, I have been patiently following their ripening in Limousin oak barrels in our cool cellars. A fresh aroma of Muscat gives an inimitable character to METAXA, which I add to the drink… In conclusion, with a light aromatic bouquet I add tenderness to the drink, adding to the mixture rose petals grown by monks at an altitude of 800 m and collected in May… and Mediterranean herbs that I personally choose, and which are known only to me.

The version described in the newspaper Kathimerini is more prosaic. So, at first double distillation of the white grapes Savvatiano or Rhoditis is carried out, and the result is placed in French oak barrels with a capacity of 300-350 liters. A separate batch is sent to ripen in large barrels of 3.5 tons for a period of several years. At the same time, wine is prepared for subsequent mixing. They apply grapes of varieties Moscato Alaxandria or Moscato Samos from Samos, Limnos or area of Patras. The wine is in barrels for about two years. The third component in the success of Metaxa is the addition of herbs and spices, including rose petals. After mixing the three components, the drink goes to three-ton barrels for a while. Then it is filtered and bottled. Stars on beverage labels mean the average age of components in years.

“Spyros Metaxa created the drink that remined him of his sunny homeland, no matter where in the world he is.” It is also a quotation from an interview with Raptis. Metaxa reminds of sunny Greece to all who touch a glass of this divine drink with their lips.

How to drink or advices of the Master

METAXA is a drink that should be drunk slowly. After the first sip, you will feel the full taste and its aroma. Then you will be covered with a wave of heat that will spill over your body, sip by sip. Somebody prefers to drink METAXA with ice cubes and takes a bite of lemon slice. We, too, recommend a lemon slice, dark chocolate and even a small toast with caviar. You can also serve grapes, a dish with seafood, fresh salad leaves and, of course, cheese. It all depends on the type and age of the drink you choose. So, METAXA 5 stars can be drunk as a digestif, or as long drink. It can also be added to cocktails. For METAXA 7 stars and METAXA Private Reserve, I would recommend a classic cognac glass, light digestive snacks, chocolate, a cigar and a leisure conversation. And as to our excellent METAXA AEN—I would offer to enjoy it slowly, soughtfully, and leisurely, savoring every sip…

P.S. Unfortunately, since 1989, Metaxa brand is no longer owned by the family of its founders. In 2000, it was purchased by Remi Cointreau trading house.