Skip to content
TheNewCrete > Interesting > In the footsteps of wise men 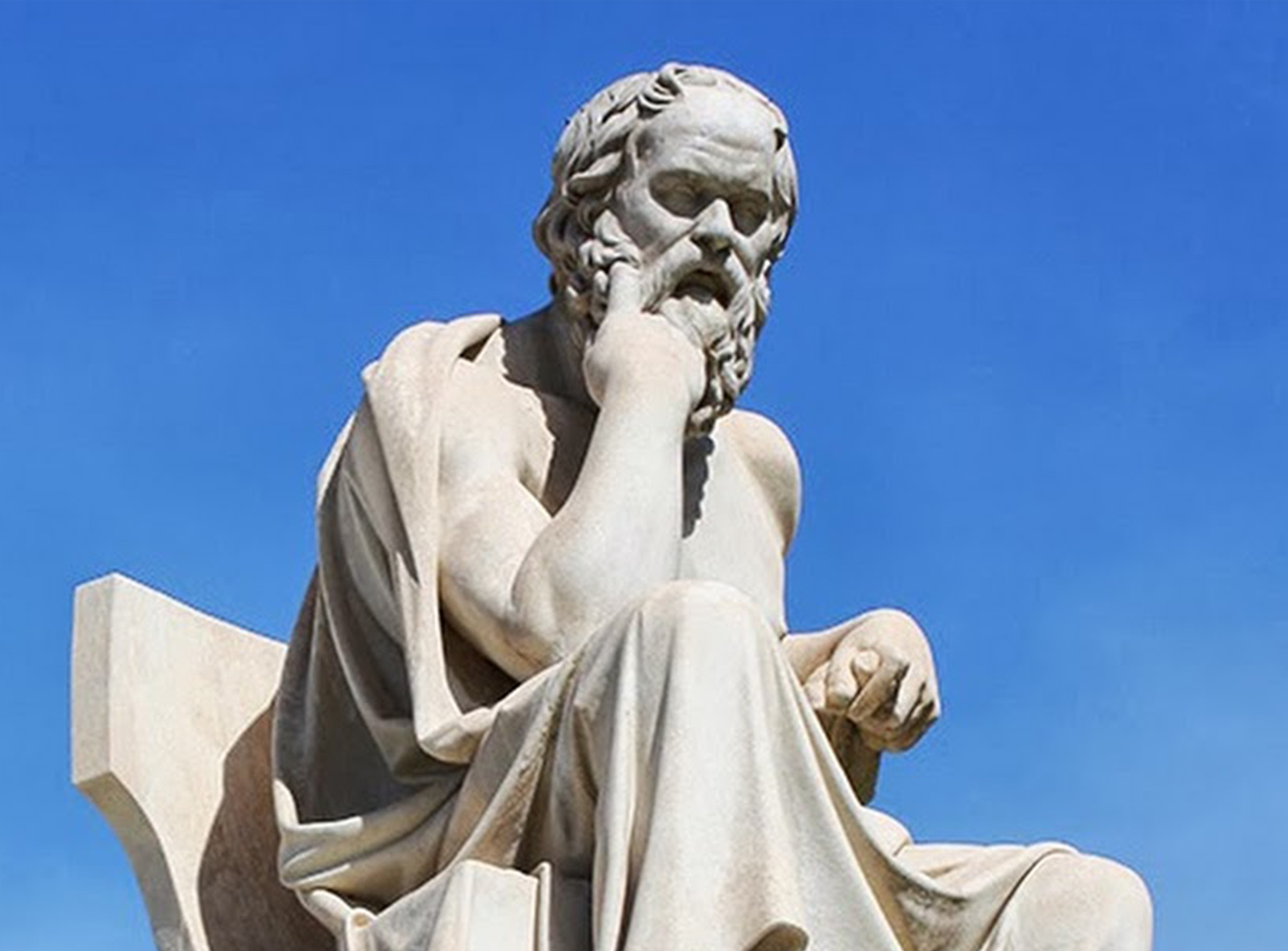 Winter is a good time to think. Therefore, we propose to recall some quotes of ancient Greek philosophers which resonate in our minds. After all, even Plato used to say: “Man – a being in search of meaning”. Below is what we found relevant …

How often say we “nonsense”, without giving ourselves a trouble to think upon an opinion different from ours, however, the brilliant ancient Greek said: “It is a mark of an educated mind to be able to entertain a thought without accepting it”. We can perceive other people’s point of view by listening to it.

A more romantic “insight” from this great philosopher: “Love composed of a single soul inhabiting two bodies”. Isn’t it beautiful? But one has to think about unrequired love. It turns out that the one, who does not reciprocate, simple does not hear the halves of his soul?

Democritus or the Laughing Philosopher (5th century BC)

He was mathematician, physicist, ethicist and philosopher who laughed at human folly. Democritus considered the goal of all knowledge to be “the calm of the soul” and argued, that the best way to achieve the calm is to “bite off” as much as you can “chew”, and not worry about irrelevant things. Which ones? “Nothing exists except atoms and empty space; everything else is opinion”.

Socrates is considered the first moral philosopher of Western ethical thought. In other words, he teaches virtue so far, arguing: “False words are not only evil in themselves but also infect the soul with evil”, or: “Bad people live that they may drink and eat, whereas good people eat and drink that they may live”.

Well. The most famous Socrates’ saying is “One thing I know, that I know nothing. This is the source of my wisdom”.

Platon was one of Socrates’ best students and later became the founder of the Academy of Athens, the first institution of higher education in the entire Western word; and it was quite logical to hear such maxims from him: “Man is a being in search of meaning”, and “the worst of all deceptions is self-deception”. But I would argue with the latter, taking Russian Alexander Pushkin as my ally. His saying “Ah, it is easy to deceive me!… I long to be deceived myself!”

But Platon was no stranger to romance. “Every heart sings a song, incomplete, until another heart whispers back”. For this maxim, the ancient wise man would have been kissed!

He is called the “Crying” as opposed to the “Laughing” Democritus, but the sorrowful Heraclitus, known for his doctrine of change, which is central to the universe, can support you. When the whole world familiar to us seems crumbling, let’s remember his saying: “The only thing that is constant is change”.

Thales of Miletus (VI BC)

A philosopher, mathematician, astronomer and ethicist Thales seemed to us also to be a comforter for everyone yearning for travel when the borders are closed. “Nothing is more active than thought, for it travels over the universe, and nothing is stronger than necessity for all must submit to it”.

Patience, friends, patience. “Time is the wisest of all things that are; for it brings everything to light”.

This Greek philosopher from the Stoic school is not as famous as the abovementioned philosophers. Probably, he was born a slave, since Epictetus is not a name but a nickname – the nickname of a slave with the meaning “acquired”. Once in Rome, he was passionately thirsty for knowledge that his owner, a freedman (secretary of the Imperial Chancellery, a man close to Nero!) did not resist this desire and let him go study.

Epictetus believed that “all external events are beyond our control; and we must accept calmy and dispassionately everything that happens to us”. However, nobody canceled self-discipline! – “Control thy passions lest they take vengeance on thee”.

Well, for dessert, we have some cherished words of Epictetus: “The key is to keep company only with people who uplift you, whose presence calls forth your best”. We hope that our newspaper fits you in this sense.