Skip to content
TheNewCrete > History and myths > Ring of Minos: a century-long detective 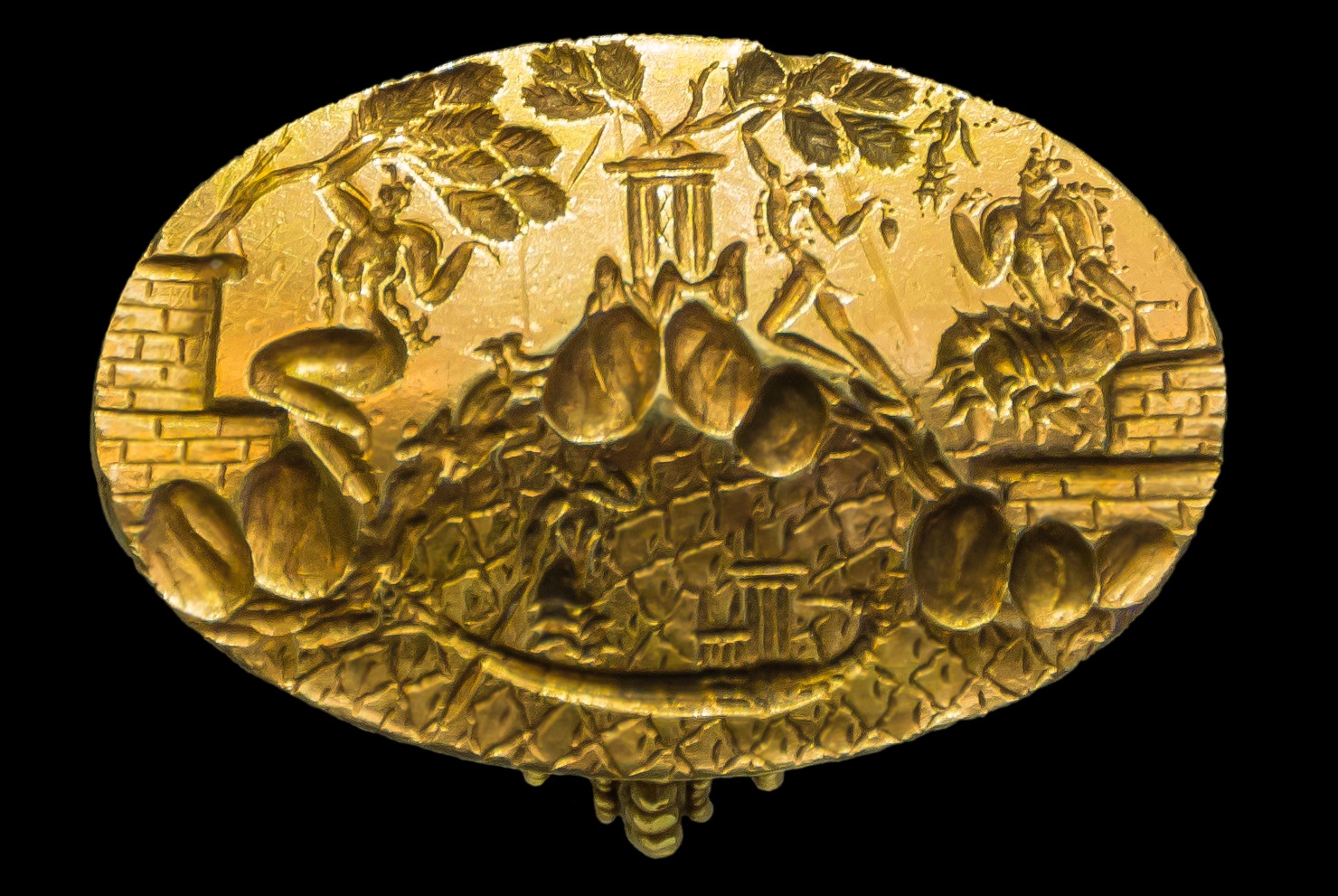 Since 2002, the legendary “ring of king Minos” is kept in the Archeological Museum of Heraklion. Do you remember its story belonging to the myth of Theseus, who went to Crete to defeat the Minotaur?

“…If you are the son of the god Poseidon, then prove it and get a ring from the depths of the sea”, – Minos answered Theseus and threw a golden ring into the sea.

Calling his father Poseidon, Theseus fearlessly rushed from the steep bank into the waves of the sea. Salt spray soared high, and the waves of the sea hid Theseus. Everyone looked with fear at the sea that had swallowed the hero and were sure that he would not return back. Full of despair, Ariadne stood; and she was sure that Theseus died.Theseus, as soon as the sea waves closed over his head, was picked up by the god Triton and in no time taken to the underwater palace of Poseidon. Poseidon happily greeted his son in his magical underwater palace and gave him the ring of Minos… Triton again grabbed Theseus and carried him out of the depths of the sea to the place from which the hero threw himself into the sea.Theseus proved to Minos that he is the son of Poseidon, the lord of the sea”. 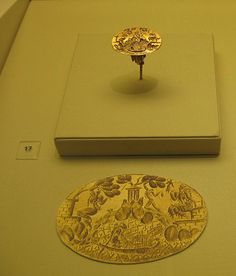 The story of acquiring a real ring associated with this myth resembles a plot of an adventure film. Its personages include a poor boy, a cunning priest and a British archeologist.

So, in 1928, the boy Mikhalis Papadakis accidentally found a ring at an archeological site in Knossos. Its location alone meant that the find had definitely a very long history. Indeed, several decades later, it was found that this gold ring with a seal is 3500 years old (1500-1400 BC), as archeologists assured, attributing it to the Minoan civilization.

The boy’s father, a poor farmer named Emmanuel, hid the find without even telling his wife about it. But two years later, suddenly (maybe, ashamed of sin, that he took someone else’s) decided to give it to the village priest – Nikolaos Polakis. However, before giving it away, he scratched a line on the ring (probably to distinguish in case if appears a fake one).

Here the English archaeologist Arthur Evans comes into play: it was to him that father Polakis gave the ring with the intention of getting money for it, but the required amount was so great that the deal allegedly did not take place.

Later, in 1933 (or 1934), father Polakis took the ring to the Heraklion Museum. Prominent archeologists, Nikolaos Platon and Spyridon Marinatos, who worked in the Museum, could not come to an agreement on the authenticity of the ring. Platon defended its authenticity but Marinatos considered the ring a fake. As a result, the found ring was returned to the priest. True, Platon had made a cast of it and did not abandon attempts to find evidence of its authencity: he even wrote a “treatise” describing the ring. When he once again asked Father Polakis to show the rarity, the priest assured that he had given it to his wife, and she had lost it.

True, before his death, the venerable admitted that in fact he did not sell the rarity to Evans. However, this was the last lie of the cunning priest. Evans did not buy the ring, but he held it in his hands. What he “sold” to Evans were replicas of Minos’ ring, which Evans himself ordered to copy in gold and amber, and donated to the Ashmolean Museum at Oxford University, where they are still on display.

The ring would have sunk into oblivion, if, in the early 2000s, Georgios Kazantzis, a retired police officer, had not inherited the house of father Polakis and had not undertaken to put it in order. During the repair, a jug was discovered in the wall next to the fireplace, in which the very ring of King Minos lay, with the very scratch that Emmanuel Papadakis had made on it more than 70 years ago.

Kazantzis had donated the precious artifact to the state; and in 2002 the Central Archaeological Council and a group of archaeological experts confirmed the authenticity of the ring. The actual monetary value of the ring was estimated at 400,000 euros, although its cultural value cannot be estimated; and honest Kazantsis received only 440 euros as a reward.

What is depicted on the famous “royal ring’s” seal?

…Threefold appearance of a Minoan goddess: she is floating in the air at the top of the seal; below it, she is watching the worship ceremony, sitting in her own temple; and then finally, she is ferrying her temple across the sea on an elegant boat in the form of a seahorse… The goddess appears at once in three elements – air, earth and water, linking the entire Universe and transferring power over it… maybe to the owner of the ring?

The ring is larger, more massive, more complex than all other found jewelry of the Minoan era, scientists say. This is also why Arthur Evans was absolutely sure that in Knossos they found a power attribute of the real Knossos Palace ruler.

…Did we convince you to drop by the Heraklion Archaeological Museum?