You, of course, remember the Homer’s story of Odysseus and the Cyclops Polyphemus. It happened when the people of the king of Ithaca was returning home after the Trojan War. 12 ships landed at night … According to a version—it was the southern coast of Crete.

“A fertile island lies slantwise outside the Cyclopes’ harbour, well wooded and neither close to nor far from shore. Countless wild goats inhabit it …”

Well, where, if not in Crete, there are so many goats that sailors suddenly arranged for themselves a luxurious meal of goat meat? Later it turned out that in addition to goats, Cyclopes live on the island—simple people, but powerful and … one-eyed. Odysseus and his companions were captured by one of them, the fierce Polyphemus. 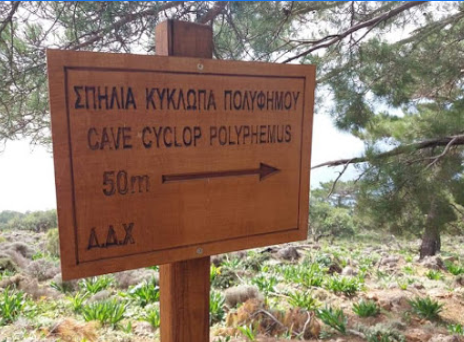 Where did the Cyclops come from to Crete? Since ancient times, the islanders of the Mediterranean have found skulls similar to human ones, but with a huge set of teeth (sometimes with fangs) and “with one eye socket.” This is how the myth of the cyclops was born. In fact, scientists believe, these skulls belonged to a prehistoric relative of the elephant. And the only massive hole in it was not at all for the eye, but for … the trunk!. 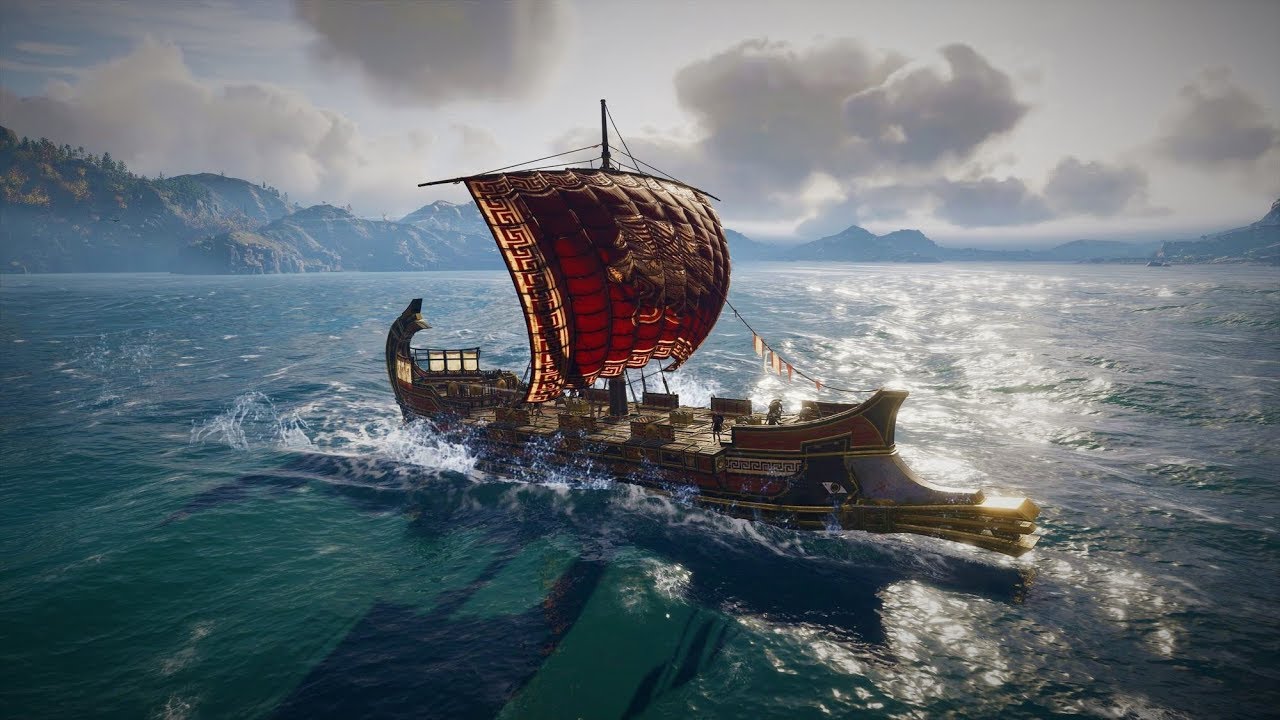 By the way, the smallest mammoths in history, even in adulthood comparable in size to the calves of modern elephants, lived several million years ago on the island of Crete. This is very surprising and interesting:https://thenewgreece.com/nature/the-worlds-smallest-mammoth-lived-in-crete/

Be that as it may, the Cretans offer tourists to see the cave of Polyphemus, where Odysseus, with his cunning, blinded the man-eating Cyclops, and the latter himself pushed the huge stone away from the entrance.

The cave is located between the villages of Sougia and Koustogerako. “The cave has no interesting decoration, except for one marble formation that looks like a throne. The entrance is divided in half by a huge stone, as in Homer’s poem “The Odyssey” … ”- this is how the Greeks modestly describe this attraction. But, judging by the photo on Google maps, it inspires no less than the Dikteon cave. It’s just that there is more room for imagination here.

This cave once served as a haven for ancient people, as evidenced by numerous prehistoric finds: ceramics and stone tools, jewelry made from sea shells, bones of prehistoric animals. The cave of the Cyclops Polyphemus has revealed to researchers its secrets that are tens of thousands of years old.