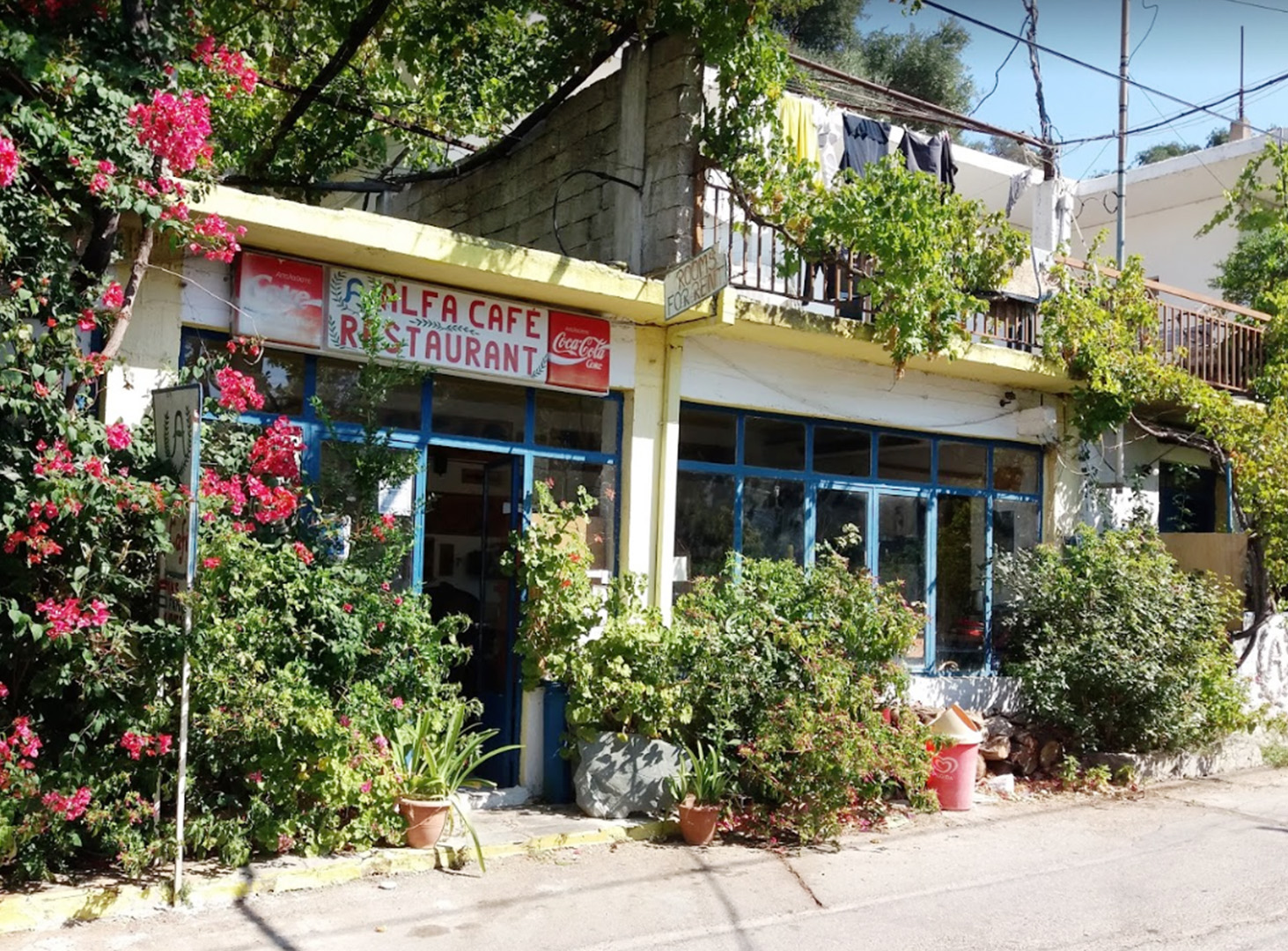 Crete is surrounded by myths and legends like by the four seas washing it; and there are special places here: for example, the village of Azogyres is full of legends and secrets.

The tiny Azogyres, lost in the Cretan mountains somewhere between Sougia and Paleochora, seems ordinary, but they say that you can’t come here on the full moon: nymphs lie in wait for travelers to take away their voices. They say that not only people live here but also the souls of 98 holy hermit fathers who have resettled in a flock of pigeons. They say… However, the owner of the tavern “Alpha” Lucky Koukoutsakis will tell you about all the local wonders.

Lucky is not just a collector (and maybe sometimes an author) of the local traditions but also a keeper of the history of the village where several generations of his family lived. “Alpha” must not to be missed. The tavern is right by the road; and here you will be treated not only with stories: for example, omelet of Sophia became another legend of Azogires. She is the grandmother of Lucky. The tavern itself looks like a mini-museum with its old photographs and objects of old utensils hanging on the walls. Another peculiarity is the menu here: on its back side, there is a map of the surroundings with their attractions. The main among them is the monastery of the Holy Fathers and the caves where they lived, including the cave of John the Recluse who is very revered in Crete. 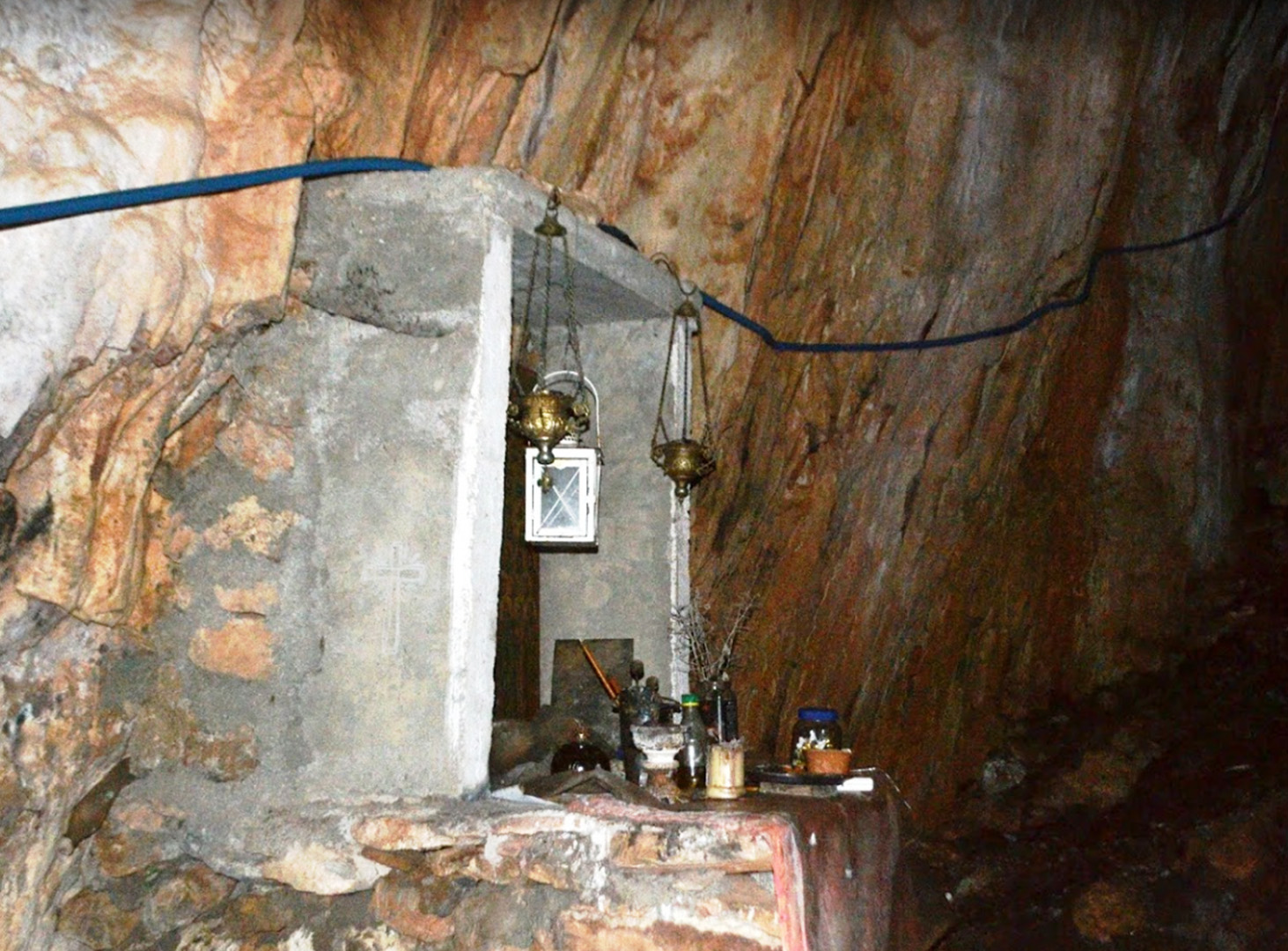 John the Recluse with his Henchmen

St. John was born in Egypt and, before reaching Crete, made a long and difficult journey, gathering 98 loyal followers: they left one place for God. They sought to get away from the bustle of the world and at one time lived on the island of Gavdos, but in the end they chose Azogyres, and settled here. In their memory, the monastery of 98 Holy Fathers was founded here in 1864. Today, as many as seven churches (with ancient icons) take care of these places; and not only them, assures Lucky. 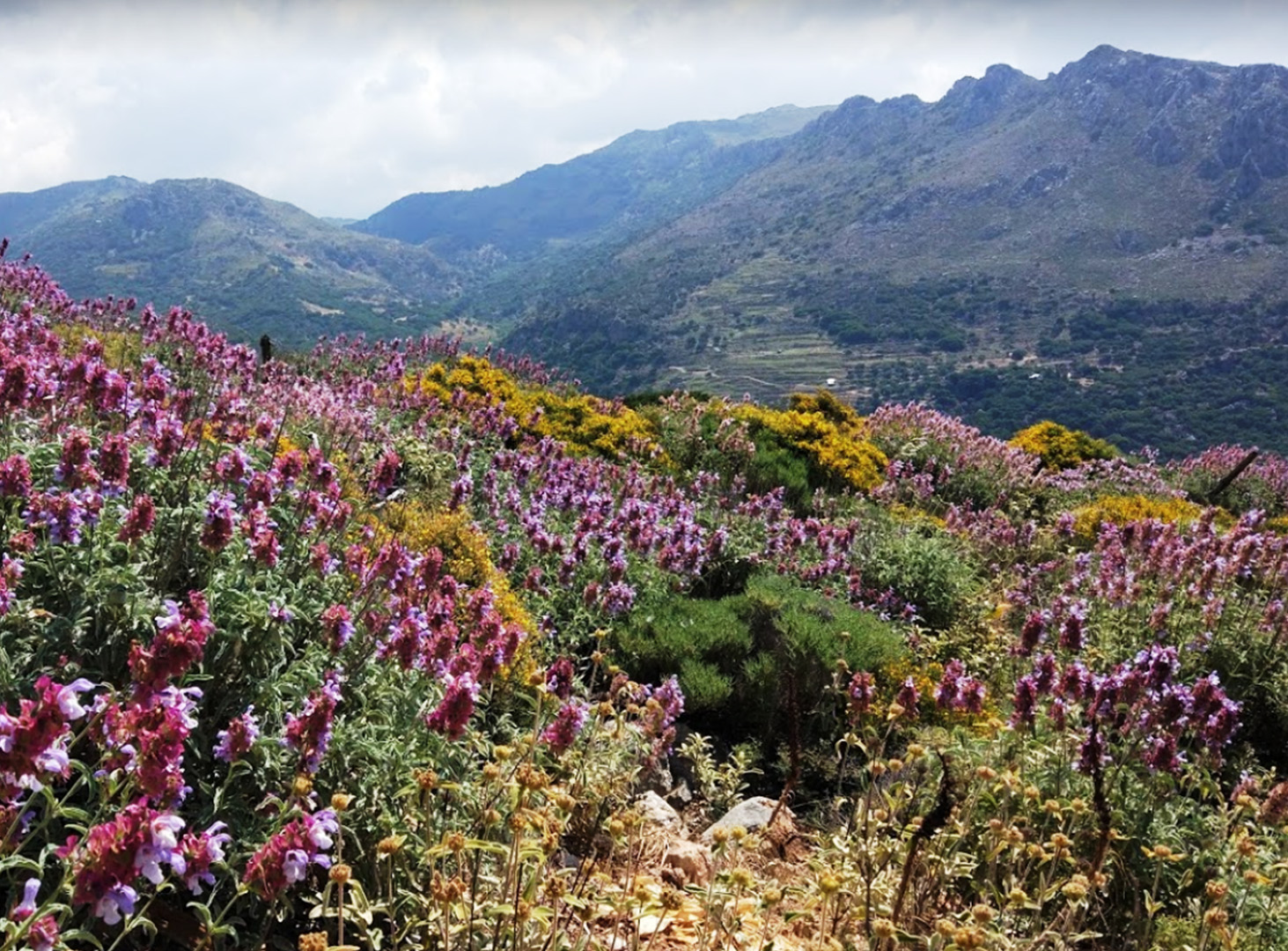 …Seeking even greater solitude, St. John decided to continue his wanderings and went to the Akrotiri Peninsula. Before parting, he and his followers prayed fervently to God, so when the time was right, all they could die in one day. Years later, John the Recluse, collecting grass in the mountains and dressed in animal skin, was mortally wounded by a hunter who mistook him for a beast; and the next day, all 98 of his elder followers were found dead. Moreover, it looked like they lost their lives instantly: many were found either sitting or during prayer. After a while, Lucky says, 98 pigeons, the righteous souls of the elders, settled in the cave. By the way, it is believed that the monks are buried at the old mighty plane tree, which has become evergreen, and impressionable people see crosses in its branches.

How can one not be “impressed” when the mountains around Azogires resemble human faces, pigeons are being pulled out from the depth of the cave, and someone resembling a nymph is hiding in the thicket at the source of the Holy Fathers? 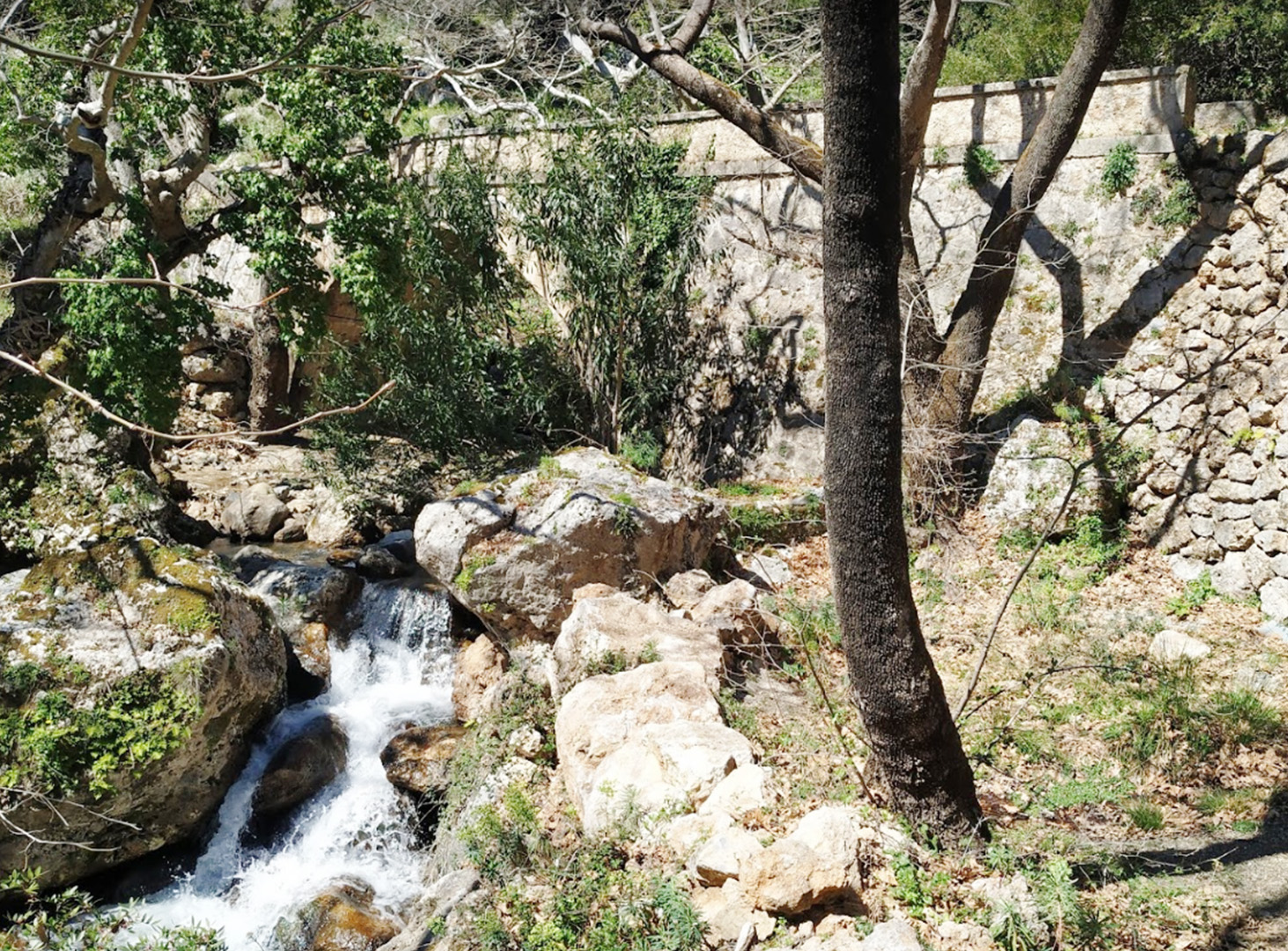 “Before the trip, I thought: “What just do not come up with to attract tourists! But I got to Azogyres and felt that, in general, everything is possible there. An amazing place, there is some secret in it… ”—they write in one of the reviews.

Azogyres does not reveal his secrets immediately. Take a closer look, wander around, breathe in the smell of herbs; and if you decide to bathe in a pond at the source, remember: you can’t break the silence here—otherwise the nymphs will take away your voice! Lucky says so.