Skip to content
TheNewCrete > Events > To the Rhythm of Carnival 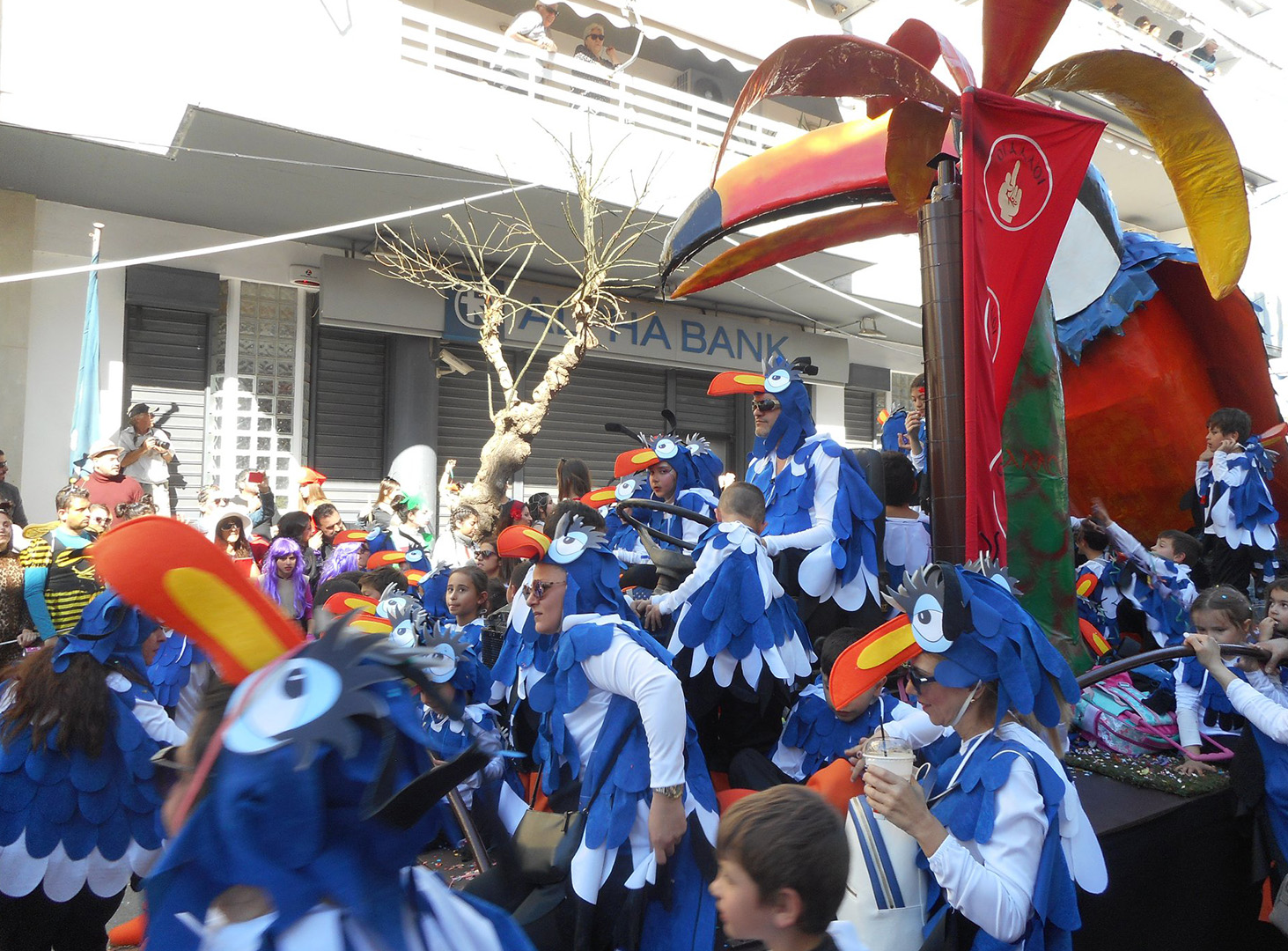 The noisy New Year celebrations have passed, but throughout January people continue to cut New Year’s cakes in large and small companies in Crete; and the next holiday is already in sight on the horizon–the February Carnival! Before Lent, you need to recharge your: the noisy whirlwind of carnival events occupy cities and villages, the coast and mountains, involving both Cretans and guests of the island.

Rethymno Carnival has been celebrated for more than a hundred years, but despite such a venerable age, it does not lose its brightness, lightness or drive, like the famous Greek Metaxa spirit: years only add flavor to it. “The Carnival in Rethymno is a living organism, striving to change the natural way of life: the older it is, the better it becomes,” assure they not without reason (and not without humor) on the Carnival website, describing this bright and noisy event like it is in Venice, hospitable and “tasty” like all the holidays in Crete.

Every year, townspeople and tourists expect surprises and wonders from the organizers, and they themselves become participants in a common event. Since mid-January, the organizers have been inviting “those who see the colors of the rainbow beyond gray to become part of the large, emotional and energetic Rethymnon carnival team–…to share, create and have fun.” Almost in the spirit of the ancient Greeks–be simply and wisely: “When people work together, their every day becomes special, and life itself becomes more beautiful. It is so simple!”

It is probably not easy to choose a holiday theme and to build a scenario in accordance with it, to organize a carnival teams, but eyewitnesses explain that Greeks remaining in their element lay out the main track, and then allow the Carnival to improvise, so that each participant is free to create something with his costume, dancing, socializing possibility.

For example, last year the Russian-speaking cultural society together with the Russkiy Mir school in Heraklion hosted a parade of “cosmonauts” during the Grand Defile: the Gagarin team reminded the Heraklion people and guests of Crete about important connections between the island and Russia: here the Russian space explorers undergo their rehabilitation, and last year in Heraklion a park named after Yuri Gagarin was opened. There are hundreds of such teams.

Of course, the largest and most famous carnival in Crete is the carnival in Rethymnon. In 2019, regarding the total number of participants and guests of this carnival, the Greek media wrote: “It is expected that about 20,000 participants and more than 100,000 guests will attend Rethymnon carnival events.” And every year their number is growing steadily.

The main scene of the Carnival (like the Metaxa recipe) remains unchanged, recalling the local centuries-old history and rich cultural traditions, which attracts visitors from all over Greece and from other countries. The beginning of the three-week carnival marathon is the opening ceremony, with fireworks, theatrical performances, “live” music and many other surprises. Then there’s a stream of events: the obligatory “Treasure Hunts”–for adults and for children,–Children’s, Big and Night parades, parties, music shows, bike rides. On one day is for ancient Greek serenades singing on the streets of the old city, another one for traditional Cretan songs. Singing, dancing, getting know each other, enjoying the barbecue and meze (snacks) offered to all Carnival participants, as well as traditional Cretan dishes in all restaurants and taverns… But meat will served only until Thursday of the last week and on Cycnopempti day.

According to tradition, Sunday is crowned with a kaleidoscope of carnival events: the Sunday Great Defile in the city center and the ceremony of burning the effigies of the Carnival King on the local beach.

“Be sure that these days will give you wonderful memories and a longing to return to Rethymnon in order to relive this experience again and again,” say the Cretans in their media.

The celebrations of the carnival end on Shrovetide Monday, when the Greeks begin to “prepare their bodies and souls for Orthodox Easter.” The last meat dish was served in Cicnopempty (on Thursday). The houses were cleaned to a shine, so that the meat smell would disappear from them. On Sunday people asked each other for forgiveness for all kinds of insults. Now is a time of kouloumpra and country-style picnics: no meat, just lagana bread, vegetables, and herbs–a meal of Orthodox Greek monks. In taverns they serve additionally a delicious mashed soup, halva (for dessert) and other vegetarian dishes. Clean Monday usually falls on the first days of March, and this is spring time! Pink clouds of flowering almond are around the picnic place. Farewell to the holidays and to earthly pleasures ends with a wonderful custom–flying kites. Multi-colored, like a rainbow, they soar above the sea, like a soul, longing for space, purity and light.

Ahead are more than 40 days of humility, meekness and the fight against temptations. “Good Pentecost!”–usually wish each other Cretans recharged with energy, bearing in mind the period remaining until Easter.

Carnival events will take place almost all of February and during the first decade of March. Detailed information about the carnival in Rethymnon is offered on the website: