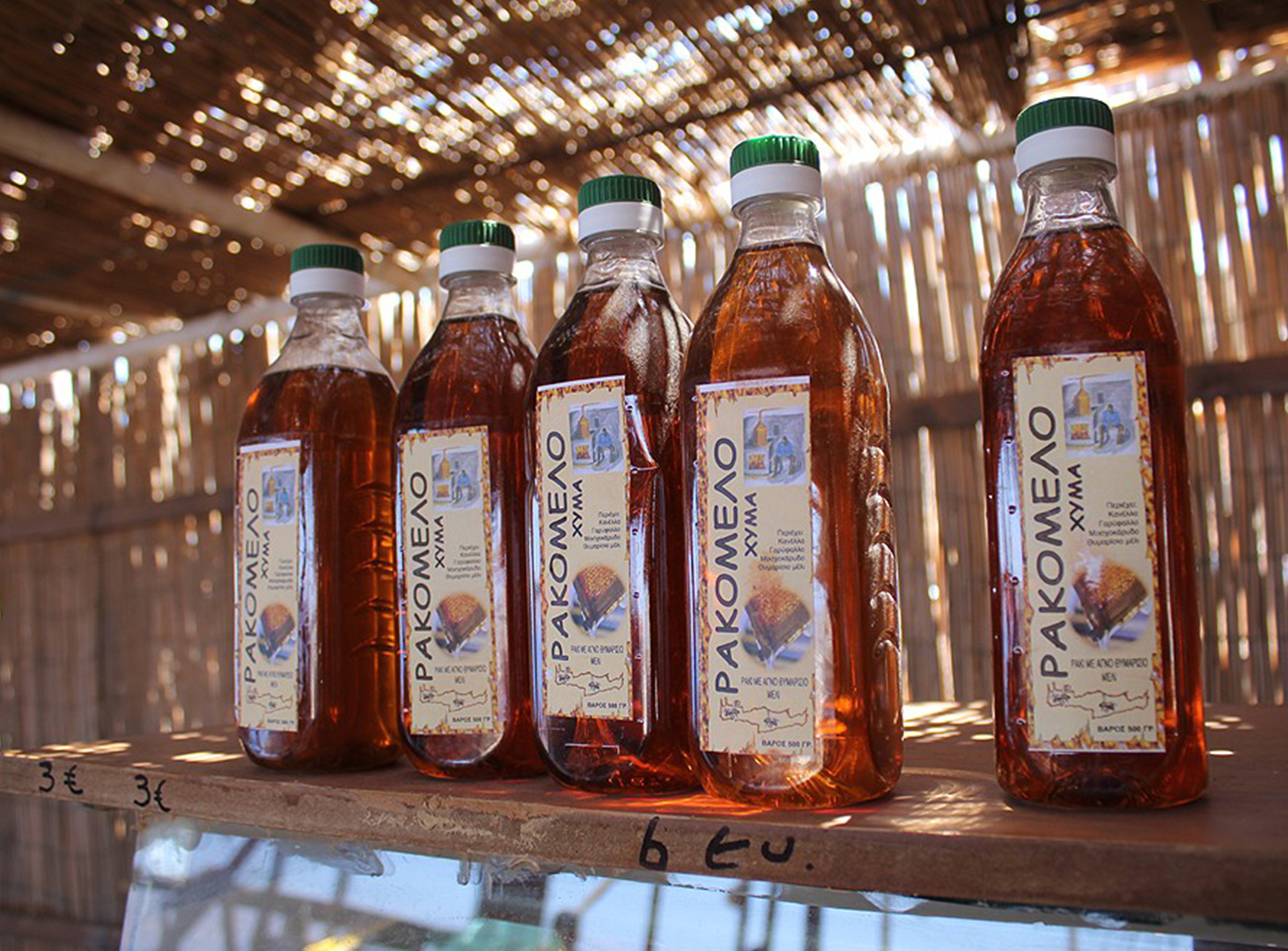 Do you remember who was the god of wine in Greek mythology? That’s right, Dionysus. The one who taught people how to grow grapes and make wine.

Вy the way, it was only by chance that he became the god of wine. He was a son of Zeus and an earthly woman. Hera, the wife of the Thunder God, could not forgive her husband for this treason, so she tried in every way to harm Dionysus, therefore, the father had to hide his son on a deserted island under the watch of a satire called Silenus. This goat-footed baby-sitter turned out to be a notable wine-maker and taught this craft to his pupil; and since the ancient times, the Greeks grow grapes, and make wine from its juice.

But the descendants of the ingenious Odyssey would not have been Hellenes, if they had not invented raki (or tsipouro) made from grape-cake, and from raki they produced rakomelo.

As early as the 14th century, the tsipouro was invented by Greek monks on Mount Athos, according to a tale. In Crete, tsipouro was slightly upgraded, turning it into a stronger kind of drink – tsikoudia (up to 70% alcohol). Hard? And how! But have you ever seen a stone drunk Greek? Apparently, Dionysus was so disposed towards people that he taught them not only the production of alcohol, but also the culture of drinking.

In Greece, drinking alcohol is a real art. They tasted, enjoyed it but do not get drunk. As a rule, the Greeks perceive alcohol as one of the pleasures and an attribute of communication with friends, do not using it as a way of forgetting things. Maybe therefore they softened strong raki with honey, cinnamon, cloves and heated it to become rakomelo – an excellent warming drink, sometimes used as a medicine. And what is especially pleasant, the inventors of it were the Cretans. “When winter comes to Greece, locals one by one begin use rakomelo,” the British Guardian wrote in 2018, including it in the top ten “warming” drinks in the world.

On Crete, as in general in Greece, modernity is easily combined with antiquity: on the same street there are buildings, remembering the times of pirates, and recently built ones; three hundred-year-old olives and young vineyards coexist in gardens; and in bars, modern-style cocktails, and time-tested raki or rakomelo are served. Another nice feature of rakomelo is that it is easy to prepare at home (if, of course, you have stored a bottle of raki). So, the recipe from the bartender of the Moscow restaurant of Greek cuisine “Molon Lave”.

After mixing 50 g of tsipouro (raki), 2 g of cinnamon, 2 g of cloves and 2 g of nutmeg, heat the mix to a boil. Removing from heat add 15 g of honey and let it stand: the longer it is maintained, the more tasty and healthier it will be as experts say. Drinking rakomelo use extra small shot glasses and do it better for dessert. 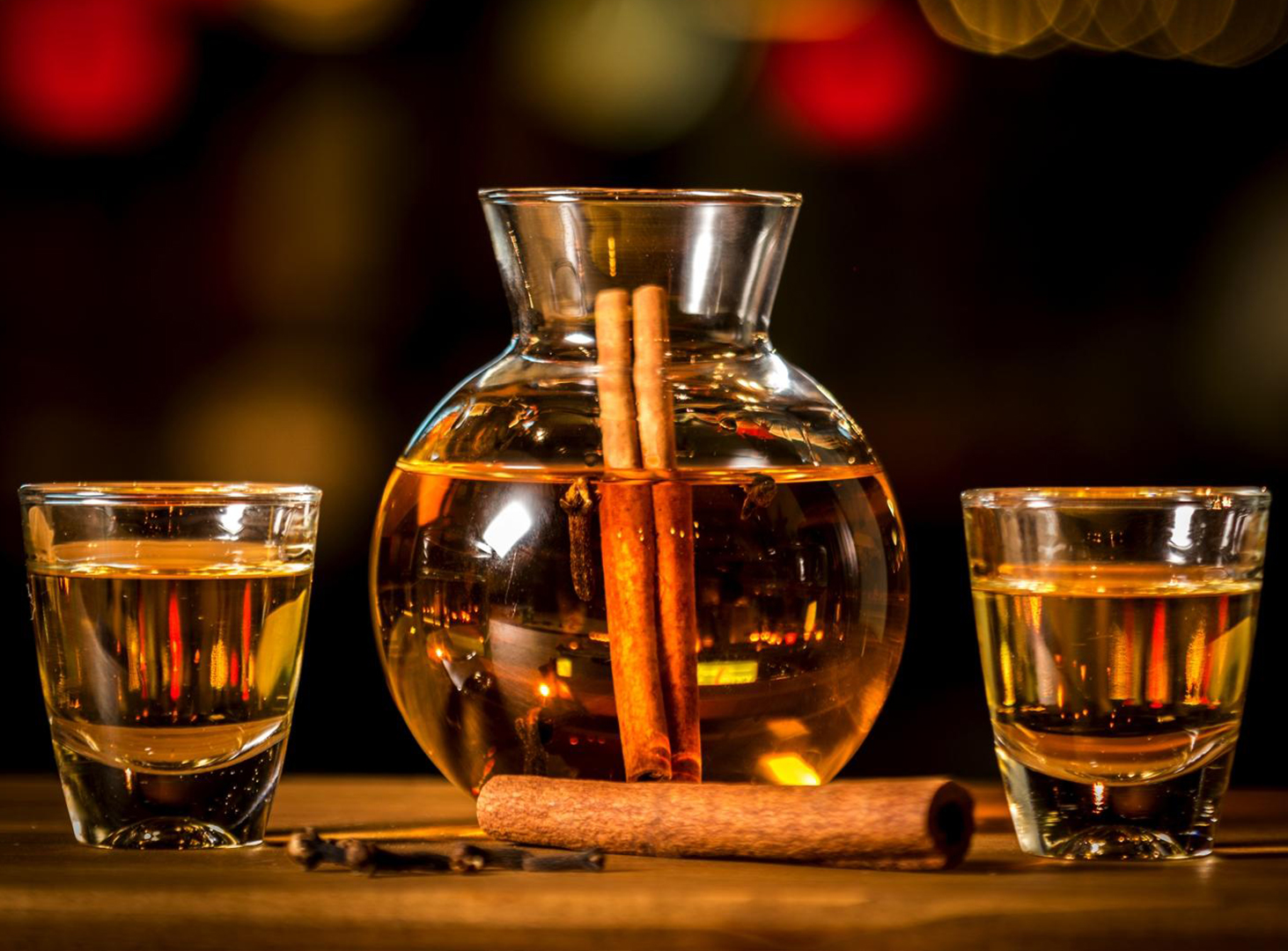 By the way, if you believe the Internet, the Cretans have 10 commandments when using strong drinks, their Decalogue of raki (given by Dionysus or by the monks). You can get to know it, waiting for your ready rakomelo. So… The first stacker brings appetite, the second–health, the third–joy, the fourth–happiness, the fifth–admiration, the sixth–chatter, the seventh–fight, the eighth–police, the ninth–judge and the tenth–… Let’s not talk about sad things, if you won’t make angry the Olympian gods?